The mother of Adrian Peterson's son is "outraged" 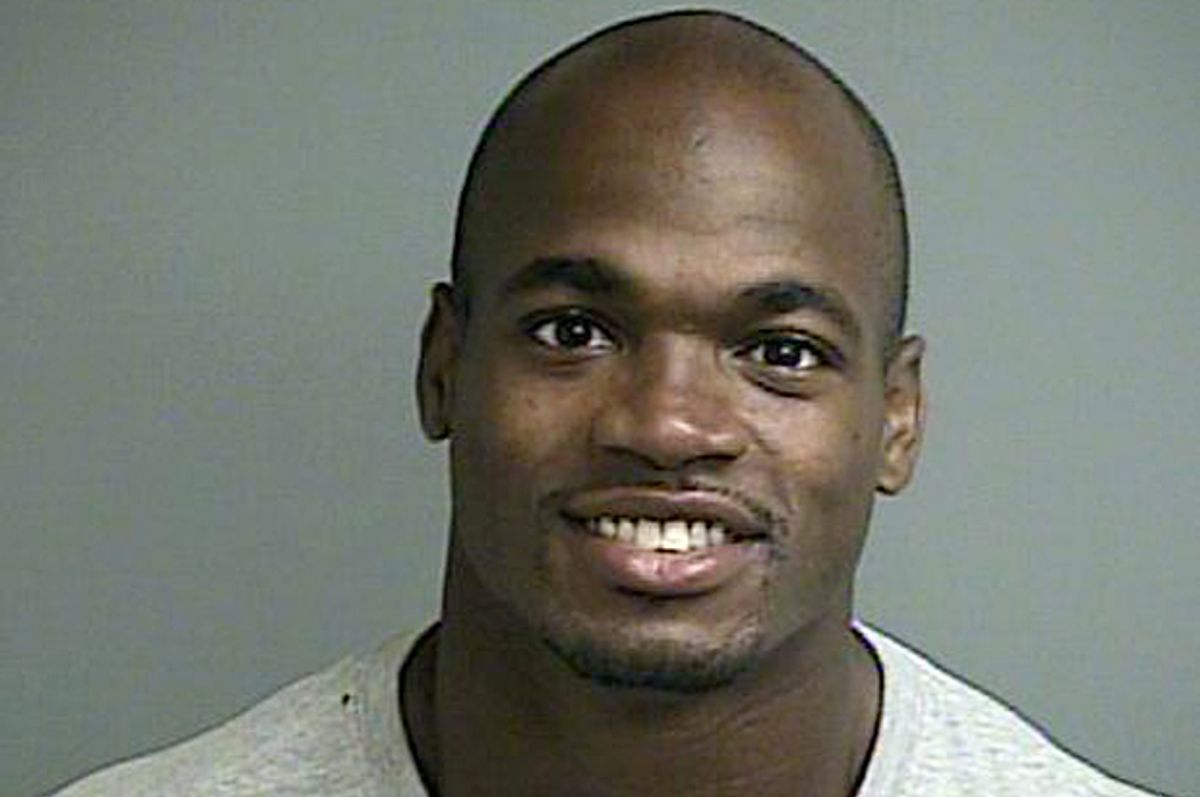 We can talk about a story involving accusations of abuse ad infinitum, but it's the visual that tells the story. Nothing compares to the impact of an image. But what's the ethical choice when the image involves a young child? What happens when his own mother says the image shouldn't be seen?

More than five years after the Grammy night altercation with Chris Brown, the photos of Rihanna's battered face remain indelible. When the surveillance footage of Ray Rice's incident in an elevator earlier this year surfaced a few weeks ago, it changed the entire conversation about what happened with his fiancée. As Robin Givens told the "Today" show last week, "No matter what people are told, it’s hard for anyone to believe that a man could do this kind of thing unless they actually see it." And then, this weekend, Vikings RB Adrian Peterson was charged with one count of injury to a child based on a May incident "involving using a switch to spank his son." In a statement, his attorney Rusty Hardin declared, "Adrian is a loving father who used his judgment as a parent to discipline his son." On Monday Peterson issued a statement himself, in which he said he is "not a perfect parent, but I am, without a doubt, not a child abuser ... My goal is always to teach my son right from wrong and that's what I tried to do that day."

Yet the reports from the case painted a very different story, one in which the 4-year-old boy allegedly told authorities that his father "likes belts and switches" and "has a whooping room," and Peterson allegedly texted the boy's mother, "Got him in nuts once I noticed. But I felt so bad, n I’m all tearing that butt up when needed!" Houston's Sports Radio 610 last week said that the police information on the case noted, "The beating allegedly resulted in numerous injuries to the child, including cuts and bruises to the child’s back, buttocks, ankles, legs and scrotum, along with defensive wounds to the child’s hands."

The true shocker of the case, however, was the collection of photos, which have been published across the Web, on sites ranging from TMZ to Forbes. Though they don't show the child's face, they reveal streaks of broken flesh across the body of an underwear-clad small child, photos allegedly taken four days after the wounds were inflicted. They are nothing short of horrifying. All anyone needs to do is look at them to understand that no child deserves that, period. They should make clear even to those like Charles Barkley, who would make the case for corporal punishment, that what happened to the little boy in the photographs is indefensible. Gregory S. McNeal wrote Tuesday in Forbes, "The photos and the facts as alleged in police reports demonstrate that this was not a spanking, it was a horrible beating of a 4-year-old with a tree branch." And in the Washington Post, Jonathan Capehart described "The awful pictures. Photos of lash marks and clotted blood. The Minnesota Vikings football player did this to a 4-year-old because the child pushed another Peterson son off a video game ... The injuries sustained by Peterson’s 4-year-old son go far beyond what is called for in response to a tussle over a toy."

But on Tuesday evening, the child's mother, speaking through attorney Kelly C. Dohm, issued a statement to the media saying that "My client, on behalf of herself and their son, wishes to express her extreme outrage at the invasion of their privacy that has occurred through the publication of highly confidential and private data obtained regarding them by the press without their permission or consent. My client is hurt and outraged that the press would publish throughout the world pictures of their minor son and publish statements allegedly made as part of the private and confidential criminal investigative file." The Houston Chronicle reports that a criminal investigation is now being launched into how the photos, texts and other details from the case were leaked to the media. Montgomery County Assistant District Attorney Phil Grant tells the paper, "It is a violation of the law regarding the confidentiality of child abuse investigations."

The photos that have circulated in the last few days tell a powerful story, a story of a young child who was hit until he was bloodied. They tell a story that the child's mother, by virtue of her "outrage" over their widespread dissemination, seems to confirm the veracity of. But they also tell a story that was apparently shared illegally, without the consent of the boy or the boy's mother, and that is an invasion of privacy. She has now explicitly asked they be taken down. And in case you're wondering where you can find them right now, the answer remains: all over the place.