No, there is no one trying to "cram homosexuality" down your throat 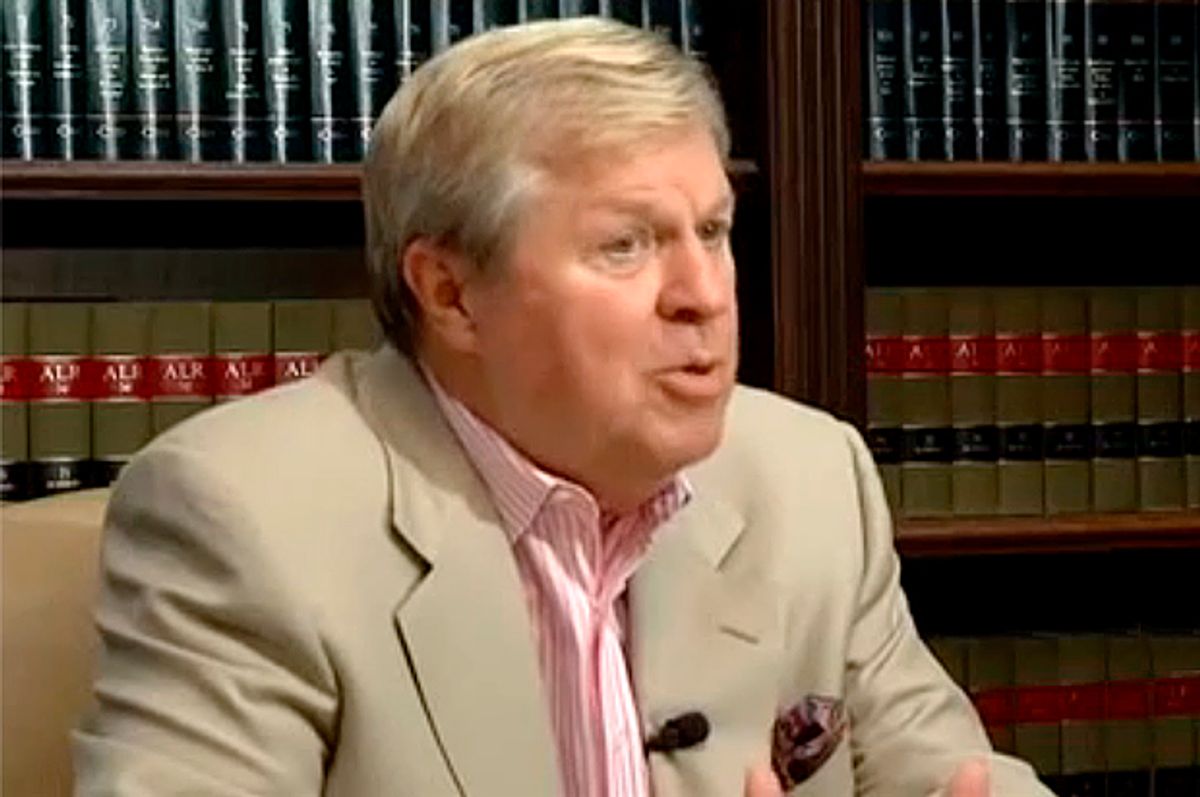 Let's go over a few things, again. When gay people request the same rights and privileges that their heterosexual peers enjoy, that's not the enforcement of an agenda. It's an attempt to correct an inequity. And when you behave in a way that's rude and ignorant about these things, it shouldn't take a social media outcry to get you to apology.

Come with me, wont you, on a journey today to Springfield, Missouri, and the offices Dee Wampler and Joseph Passanise. Need some attorneys to defend you if you've been accused of sexual assault, drug charges, or a DUI? As they put it, "If you are facing rape charges in Springfield, Mo, or surrounding areas, allow our criminal defense attorneys to consult you regarding your best defense." Wampler's previous clients include retired Springfield police officer Jack Van Matre, who two years ago was sentenced to 19 years in prison for "sexually exploiting a minor by secretly videotaping her in order to produce child pornography." If you're gay, however, Wampler is less enthused to see you.

As the Springfield News-Ledger first reported, Wampler attracted some negative attention this week for a letter he sent to the Ozark Fire Department regarding its recent decision to not extend benefits to same-sex couples, including its own female captain, Andi Mooneyham, and her wife. Missouri does not have marriage equality, which did, even for supporters of the benefits extension, complicate the issue. At a meeting of the Ozark Fire Board earlier this month, board member Kenny Martin said, "Legally, we're going to do what we have to do. But I think people that do the same work should have equal benefits. I'll leave it at that." He did however add that he and his family have been the recipients of "nasty, ugly" anonymous messages for his support of the captain's cause.

In his letter last week sent to Ms. Mooneyham and several other individuals involved in the case, Wampler expressed his pleasure with the board's decision, saying that he agreed with it and reminding the recipients, "Missouri has a constitutional provision and a State statue providing that marriage is between one man and one woman which has been the law since time and memorial in our world's history. I am tired of promo attempting to cram homosexuality and lesbians down our throats." (PROMO is a Missouri LGBT rights organization.) Aside from noting the incredible arrogance and unmitigated gall it takes to send such a letter to people who put out fires for a living, I'm also going to be that guy for a moment and point out that it's "time immemorial," not "and memorial," and that mixing abstract and concrete nouns like that is just messy. You also can't really shove lesbians down anyone's throat, unless that person has a monstrously large throat, and lesbians are homosexuals anyway. Try this: "… cram a homosexual agenda, in a purely non-literal sense, down our throats." You're welcome.

Mr. Wampler is welcome to his opinions, and to expressing them. He told reporters this week that he regularly sends letters to people "congratulating them or not congratulating them" "almost daily," and "often based on stories he reads in the newspaper." He added, "Whatever I wrote, I believe." See, you don't need to Internet to be a comment troll. But after PROMO posted a copy of the letter sent to Mooneyham on Facebook, a lot of other people were only too willing to declare that they believe differently. The group also asked State Auditor Thomas Schweich to denounce the letter, which was sent on Wampler's law firm's letterhead.

Regardless of what Wampler says he believes, he issued another awkwardly worded statement Thursday, explaining, "My recent words in support of a local fire board decision, expressing that view should have been left unsaid and were harsh and ill-advised. I did not intend to personally demean, but I am man enough to apologize to all those I have offended, and I ask all to accept my apology." You've got to appreciate a man who can praise himself as he apologizes. But if you want to show that you're man enough, try having an unexpressed thought now and then. And try looking at the world not in terms of shoving, but coexisting.