On "Today," she admits "My words hurt people" 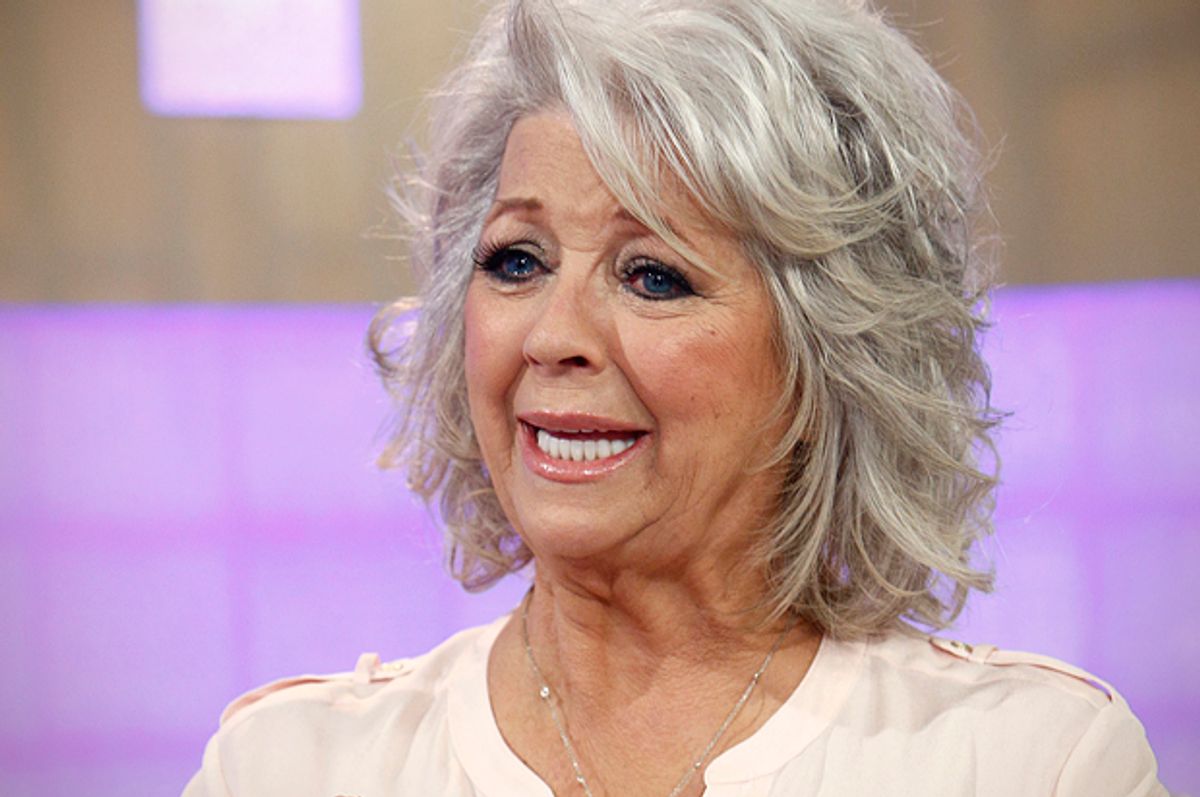 It took a long, long time, but Paula Deen finally got it right. On Tuesday morning, the celebrity chef sat down on the "Today" show and said at last what needed to be said. She said she was sorry. And this time, she sounded like she meant it.

It's been well over a year since Deen's admission – in the midst of a harassment and discrimination lawsuit -- that "yes, of course" she'd used racial slurs "a very long time ago" and that ,yes, she'd planned a wedding casting African-American staffers to represent "a certain era" in American history. But it wasn't just her behavior in the ostensibly distant past that surprised and alienated so many of her fans. It was her outright weird response. In June of 2013, right before she was set for an appearance on "Today," she did the unthinkable and bailed on Matt Lauer, leaving him to announce she was "a no-show." (She showed up a week later, in a segment "Today" itself categorized as "bizarre.") Her representatives, meanwhile, issued a statement explaining her use of the N-word by pointing out the incident occurred at "a time in American history which was quite different than today" -- a bit of a reach considering that bygone era was 1986. And then for the capper, she released a clumsy trio of videos on YouTube in which she referred obliquely to "hurtful language" and said, "I beg your forgiveness." For her missteps, she was dumped by the Food Network almost instantly, and lost several of her endorsement and branding deals – including Wal-Mart and Target -- in what Eater understatedly referred to as a career free fall.

But you can't keep Paula Deen down. Earlier this year, she made another go of it, with a comeback tour that included a People magazine cover story on her "fight" to get her name back and the announcement of her new investment deal to reboot her career. Though she said at the time, "Some people said I never apologized. If anyone did not hear me, I want to apologize," she also unfortunately added, "I feel like 'embattled' or 'disgraced' will always follow my name. It’s like that black football player who recently came out." And she self-pityingly observed, "It's amazing that some people are given passes and some people are crucified."

Now, she's back one more time. She's bought back the rights to 440 of her Food Network shows, as part of a new online network she's launching Wednesday. She's announced that she produced a documentary about her recent dramas, from her 2012 revelation of Type-2 Diabetes through her very public fall from grace. But all the biscuit recipes in the world won't redeem a person if she still doesn’t seem to get why she lost it all in the first place. That's why, 15 months after her "Today" fiascoes, she was back on the morning show Tuesday.

Once again facing Matt Lauer, Deen admitted her teary 2013 "Today" appearance was a disaster, saying, "I probably should not have been here. I probably should have been at home, maybe even under the care of a doctor." She explained, "I had to go home, sit on my sofa, and get off the merry-go-round. I had to remove myself and sit quietly so I could think and see things from all angles." And sure, she was still a bit rambling, but she said, "I don't care how old they are; words are so powerful. They can hurt. They can make people happy. Well, my words hurt people. They disappointed people and, frankly, I disappointed myself. And for that, I’m so sorry, I’m so sorry for the hurt that I caused people because it went deep." Well, there you go.

You can't force atonement. You can't make people feel contrite if they don't get why they're supposed to feel contrite. That's why, for example, Alessandra Stanley's response to what her own public editor called a "tone deaf" recent profile of Shonda Rhimes was so defensive and snippy and awful. Conversely, that's probably why Deen's interview on "Today" Tuesday was so very different than the one she did in 2013.

Deen has a major business enterprise she's launching and she no doubt wants to get it right this time. She was very likely rigorously assisted in presenting the correct tone for her newly revamped persona. Yet this time around, she didn't dance around the mess she made; she didn't obfuscate and she didn't make it about her own need for forgiveness. She did what you need to do to issue an apology and make it stick. She owned her mistake and she said she was sorry for it. It's amazing how rare a sincere acknowledgment of wrongdoing and apology for it are in life. It's a simple and profound act but it's a hard lesson to learn. Some people never get there. And some people take 15 months.