After a sex toy party, I tried to give vibrators a shake. But something about them just rubs me the wrong way 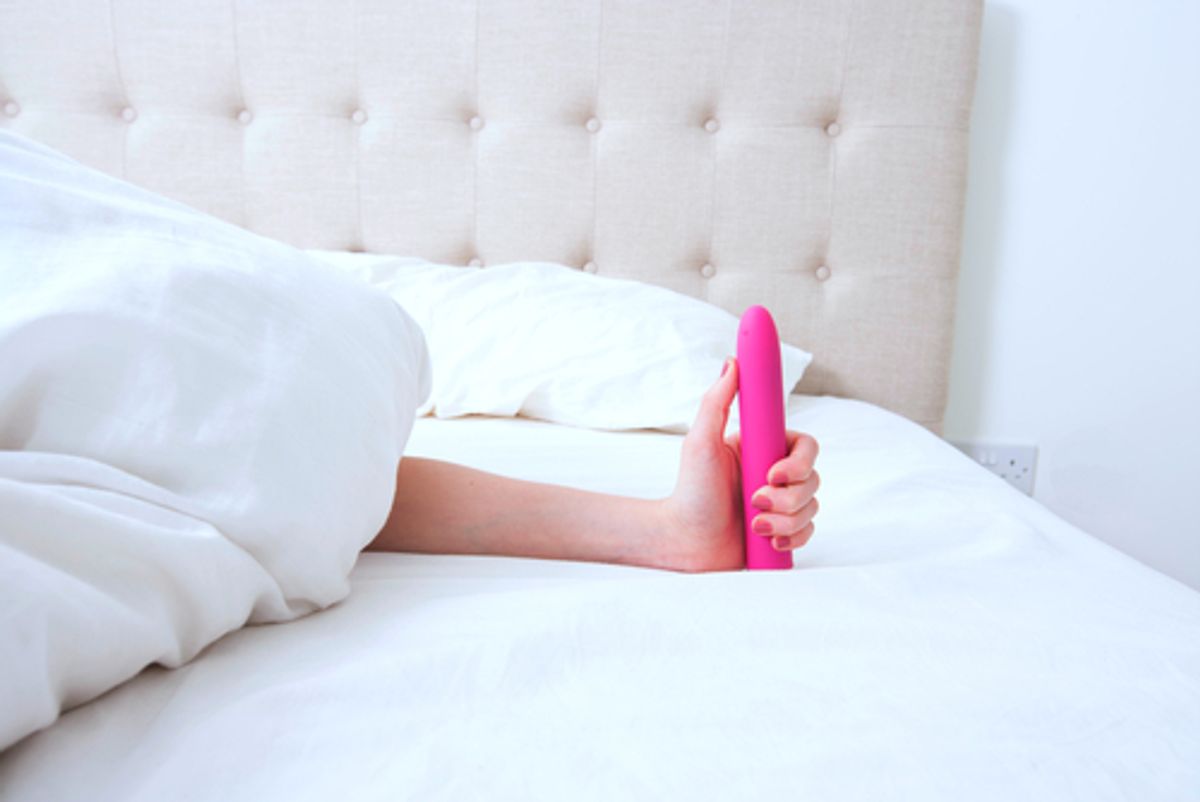 Perhaps it took my becoming an adult to recognize that my mother the parent and my mother the woman were two different people. After 35 years of marriage with a man on whom she relied for financial support but got little from emotionally, she took back the only thing she could control at her age: her orgasm. Now in her mid-fifties, my mother had suddenly become the middle-aged poster child for pedal-to-the-metal sexual freedom. And so as her fellow middle-aged sexually awakened friends licked strawberry lube from their fingers and came clean about their own sexual fantasies, I stood up and loudly confessed to never having masturbated or even contemplated using a vibrator. The room got so quiet you could hear a cock ring drop.

I wouldn't consider myself a prude. On the contrary, I think I have a pretty healthy sex life and I enjoy experimenting when I have a consistent sexual partner.  But, my vagina just can’t seem to “get it up” for battery-powered pleasure. Unlike my mother and some of her friends, it appears that I have some kind of vaginal disconnect when it comes to sex toys. I guess you can say, my vagina is like that friend you have a blast with in groups, but when it’s just the two of you, you run out of things to say. My vagina and I were physically fastened but psychologically and spiritually living apart. It’s sad to admit that for almost 30 years, my vagina and I couldn't think of a single thing we had in common.

More from DAME: "Where the Sick Go to Become Well"

In our defense, our early experiences together were fairly traumatic. The first time I menstruated, I was so unprepared that I spent most of lunch locked in the handicapped stall of the girls’ bathroom willing my period to go away. It was as if a large red yeti was roaming the halls, looking to grab me and take me into the dark abyss that is womanhood. Then, as we got older, my vagina decided to do some redecorating down there and it completely changed color on me—going from delicate smooth pink to a deep furrowed purple. It’s true what they say, you can choose your friends, but you can’t choose your vagina. I looked at my purplish genital life-mate and thought maybe I was some kind of freak show. At the time, neither my mother nor my friends spoke candidly about their bodies so I didn't either. Instead, I engaged in a don’t-ask-don’t-tell policy with my private parts and retreated into a kind of crotch-denying silence.

When I did muster the courage to confront my mother about sex, she ended every conversation with, “It feels good at first, and then next thing you know he has his thing inside you and you get pregnant, ruin your life, and die.” My mother seemed to get her sex education from Russian lit, rather than health books. Her advice always went to the most tragic places. So I lived most of my teens in a loveless, badly arranged marriage with my vagina. We shared a bed but we never touched each other.

That’s why, when I began to have sex with living, breathing men, it felt like a sexual renaissance. My vagina and I had the time of our lives. And even though we hardly spoke after the guy left, we both were satisfied. Yes, we found pleasure. But it involved a penis, one attached to a thin ethnic hipster whom we loved deeply. Sometimes you have to just accept the relationships you were born into and move on.

Around the time of mother’s sex-toy party, I was going through a bad breakup and was once again alone with my disengaged lobster claw. Hearing my mother and her insatiable orgasmic friends declare their profound satisfaction at self-service was inspiring. After the party, I was eager to circumvent the swirling insecurities that come with being newly single by taking back my sexuality the way my mother had taken back hers.

I logged on to a sex website and scrolled through 17 pages of vibrators with names that sounded like Pokémon. There was the Pico Bong Kaya and G4 Tiger. There was the most famous of all sex toys, The Rabbit and its overactive little brother, The Hyper Bunny. The site offers toys for couples as well. There are vibrating love rings, sex swings, and a variety of lubes, lotions, and simulators to dress up your otherwise mundane missionary adventures. There was even a device that sits over a penis and has a remote attached for couples looking to capture the nostalgia of Nintendo while having sex.

More from DAME: "I Am More Than OK with Not 'Having It All'"

The package appeared in front of my apartment door in a small brown box with the label Misc Inc. Afraid that my neighbors would decipher the box’s coded merchant name, I quickly smuggled it into my apartment. I stared in stunned silence at The Bullet like the neolithic apes did at the monolith in 2001: A Space Odyssey. I couldn't conceive of how I would take that strange little device and introduce it to the most intimate, yet unexplored parts of my body.

I lay in my bed, The Bullet in one hand and operating instructions in the other. Just before I undid my pants, I got an idea: I would make this moment more like a date, to ease myself into it.

I tried to relax my mind by taking in the calming vanilla scent and soothing sound of Cannonball Adderly’s tenor sax. I felt what I could describe as a tickle, and not much more. I pressed Steve harder on my clitoris at a 45-degree angle the way you would a tampon. The tickle turned into a more intensified sensation that made me clench my thighs and let out heavy breath. Not quite an orgasm, but a few train stops away. Before I could reach my destination, mundane thoughts of what I would have for lunch the next day, and whether I have enough quarters for laundry seeped in. I tried to shoo them away, concentrating on Steve’s persistent pulsations. Visualizing the orgasm. Being the orgasm. Imaging a fifth dimension of pleasure opening up before me. But alas, I couldn't see it. The tone arm on my record player clicked, the music stopped. The date was over.

More from DAME: "My 6-year-old Wrote a Love Letter...To Someone Other Than Me"

My mother found a way to reconcile her complex feelings with her vagina. I, on the other hand, had failed. For me, an orgasm is best when associated with the simple, humdrum moments of being in love. Steve won’t take me to dinner. Steve won’t cuddle with me on the couch. Steve will not hold my hair back after I've had one too many pear-tinis during happy hour at the Desert Rose. Steve can’t do anything that doesn't require double-AA batteries. I want someone who can say my name back to me. I want someone who softly touches the small of my back to guide me through a crowded bar. I want someone who will make up stupid rap songs about broccoli. I want someone that, when we’re having sex, makes me feel as though our bodies are speaking, and we can feel every word touch our skin.