A two year-old recording emerges -- why didn't anyone speak up sooner? UPDATED 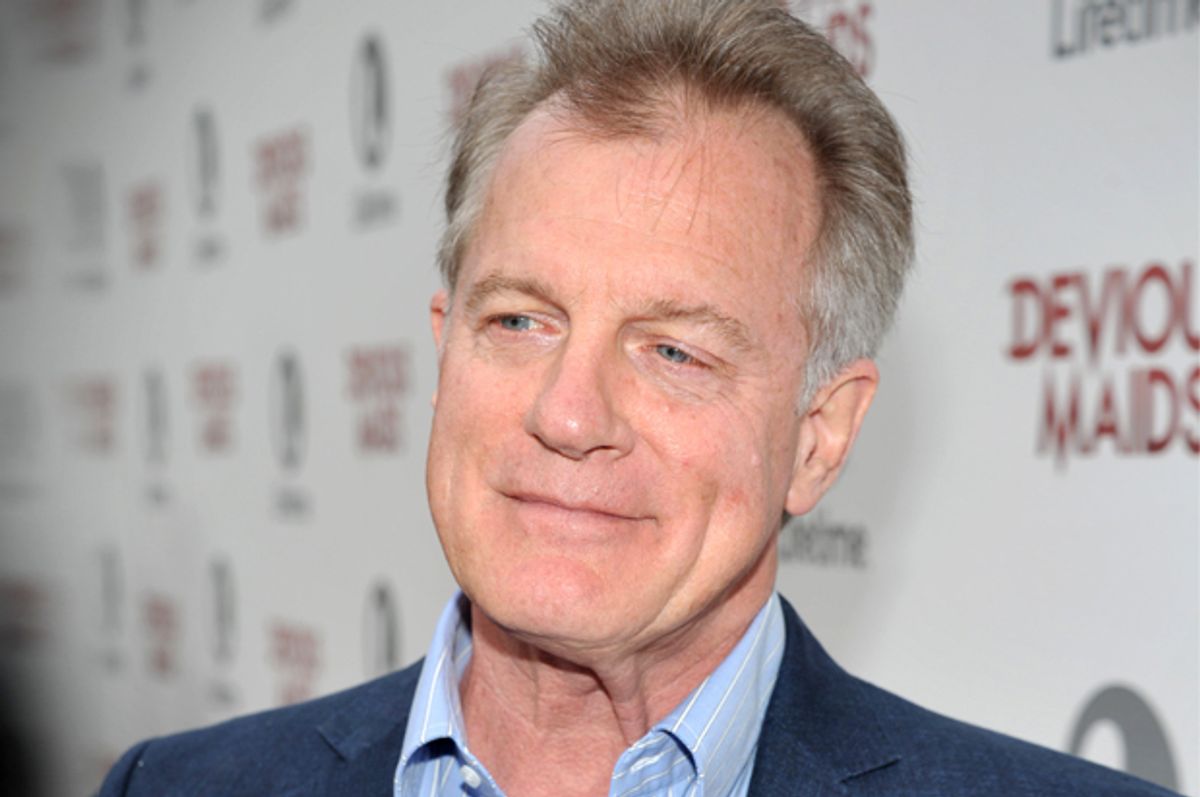 In an audio recording that TMZ claimed Monday is a secret recording of actor Stephen Collins, the "Seventh Heaven" TV dad appears to confess to multiple episodes of sexual abuse involving children.

Collins and actress Faye Grant ended their 27 year marriage 2012, in a split that has been public and bitter. Two years ago, Grant called Collins' divorce filing "a surprise" and said she was "devastated" by it. The couple have one daughter. During a 2012 therapy session that Grant purportedly recorded, the man on the audio admits that he exposed himself multiple times to someone's 11 year-old sister over the course of "about three years," and that he "maybe, I think" had a partial erection. He also says that at one point, "I put her hand on my penis." In the conversation, he further admits to exposing himself to at least two other girls, a female California neighbor he says he saw again "12 or 15 years ago and made an amends to," and a New York girl of 12 or 13. There's also a reference to a "disclosure" and a "list." TMZ says that although considerable time has passed since the incidents, the New York City Police Department confirms it is now launching a criminal investigation for "inappropriate sexual contact with minors."

There's a lot that's harrowing about the three and a half minute audio clip, and, obviously, the vast bulk of it comes from the mouth of the man admitting to sex abuse. But it's also pretty chilling when Grant asks, "How did you talk to her? What kinds of things did you say?" and the therapist coolly asks, "What is it that you are looking for?" It's brutal to hear Grant saying that the young girl Collins allegedly had more than one encounter with had written to her about it. And it's shocking to consider that if the recording and the timeline are correct, the parties involved have been sitting on this information for at least two years, and that it took a sleaze rag like TMZ to be the catalyst for an investigation.

A few days ago, British television aired a show on Stinson Hunter, the controversial "Pedophile Hunter" who poses online as underage girls to catch sex abusers. He engages with men interested in young girls, then attempts to meet with them, and eventually "A package of evidence and a statement is sent to the police." At least Hunter goes directly to police. Why then did no one come forward until now regarding the alleged Collins confession? How was there a "document" listing these incidents for so long?

It shouldn't matter whether you were on a long-running TV show or whether you're going through a marital breakup or anything else. A sexual crime is not a private family matter. And a confession is not something that a wife needs for emotional closure; it's something law enforcement needs for evidence.

Update: Late Tuesday, ET reported obtaining the document referred to in the alleged Collins audio. In it, ET says that Collins' estranged wife, Faye Grant, stated, "I had no knowledge of Stephen's secret life until January 2012. I never witnessed anything first-hand that would have given me any indication of what Stephen was doing. After Stephen admitted to molesting the three young girls, I reported his acts to the police in both Los Angeles County and New York City." The document also asserts, "I received two letters from a man who identified himself as the husband of one of Stephen's three aforementioned victims. He berated me for my cowardice in not turning Stephen in to the police." Also on Tuesday, TMZ reported that a source within the LAPD said it had received the audiotape two years ago but that there was "no verified victim," implying "the probe was triggered by a tip." Los Angeles Police Department Commander Andrew Smith tells KTLA that "allegations of possible criminal misconduct" were made in 2012 but that "Until we are able to locate a victim, that case is basically at a standstill," and that "We’re looking at our investigation again and making sure we covered everything." In New York, meanwhile, authorities said that a young woman who said she'd been sexually assaulted by Collins approached law enforcement in 2012 but that the claim had arrived past the statute of limitations. Collins is currently the subject of an "active" investigation in New York.