Alabama pastor uses sermons to admit he has AIDS, slept with unknowing congregants

The case of a Montgomery religious leader raises the question: Should it be a crime not to disclose having HIV? 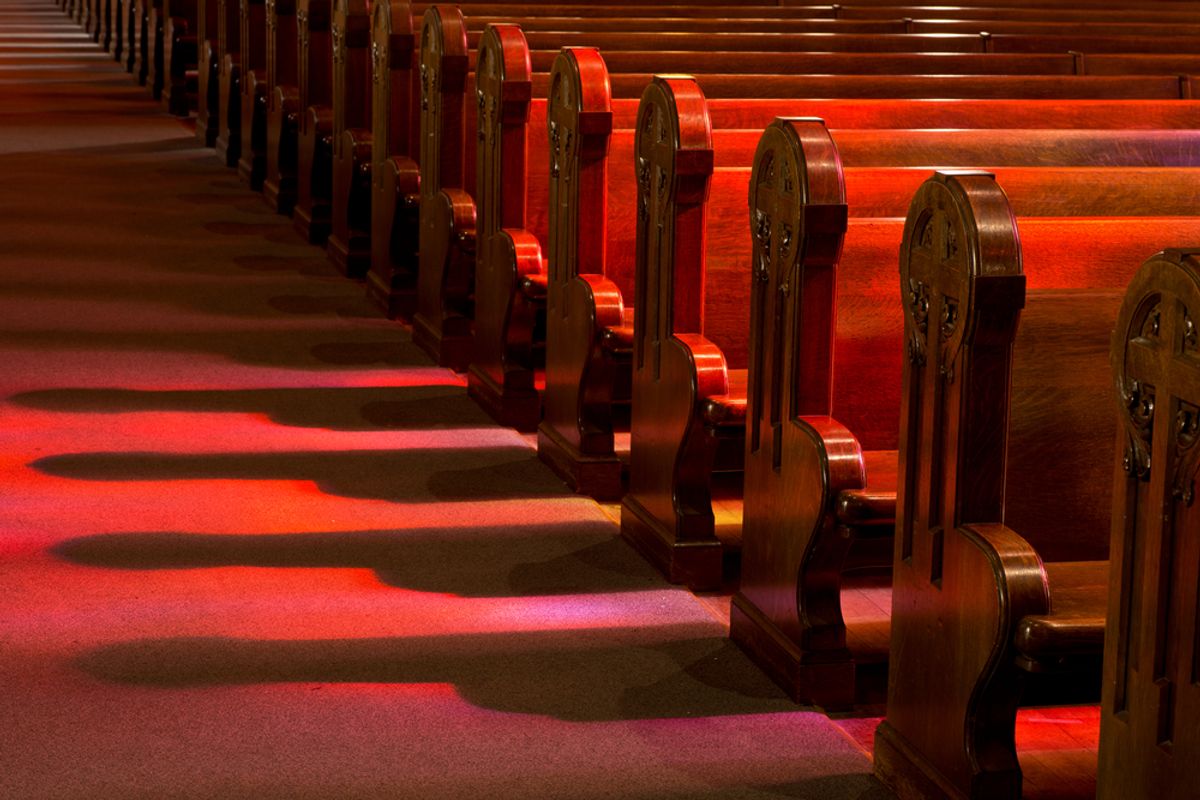 An Alabama pastor was removed from his position at Montgomery's Shiloh Missionary Baptist Church after disclosing that he has AIDS, and that he had sex with multiple members of the congregation without alerting them to his status. Pastor Juan Demetrius McFarland gradually revealed the information in a series of sermons last month, and was dismissed from the church on Sunday.

According to WSFA Montgomery, McFarland confirmed that he has been HIV-positive since 2003 and had AIDS since 2008, which he announced to the congregation on September 14. Likely encouraged by the church's acceptance of his diagnosis, the pastor continued to reveal portions of his personal history in the following weeks, including the fact that he had mishandled church funds, used drugs and slept with congregants -- all the while concealing the fact that he had AIDS.

"I know a young lady who is a member of the church who says she has slept with him and that she didn't want this to go public, and [she's] running out now trying to find out if there is anything wrong with her," one churchgoer told WFSA. "And my heart goes out to her because she's been a wonderful church member, and then for something like this to happen. The fact that he didn't tell them at all. That's a crime in itself."

And the Montgomery Police Department has made clear that "transmitting a sexually transmitted disease" is, indeed, a Class C Misdemeanor. Alabama, however, is one of 17 states without HIV-specific criminal laws, according to the CDC. McFarland has not yet been charged with a crime.

The pastor's case raises an important question, though, which has come up more than once recently: should it be a crime to expose someone to HIV? In states where undisclosed diagnosis and transmission do carry criminal penalties, punishments are often the same (fines and jail time), and spark similar ethical concerns about criminalizing private sexual behavior. The lack of consent involved, however, as well as the clear threat to public health make for good ammunition for those who advocate restrictions. They also highlight the need for open discussion -- about STI prevention, about HIV/AIDS stigma, about sexual consent and about having sex at all.

"I believe that he should be put on trial," another member of McFarland's congregation told WSFA. "Go to court and let the judge decide if he should go to jail or not. We tend to sweep things under the rug, especially if they're the leader. ... I think after this that they will have more discussions on HIV and AIDS."

Other local religious leaders, such as Jackie Slaughter of Metropolitan United Methodist Church, are already trying to open a dialogue. "If we think about the statistics, specifically for our ethnic group, we are bearing the brunt of [HIV/AIDS]," Slaughter told WSFA. "So I think it behooves us to try to really want to try to be involved because we are all connected -- we are all connected, and that makes a difference when we are thinking about issues like this."