"It's hurting the customer, it's hurting us," a whistleblower says. How the bank's neglect reached a tipping point 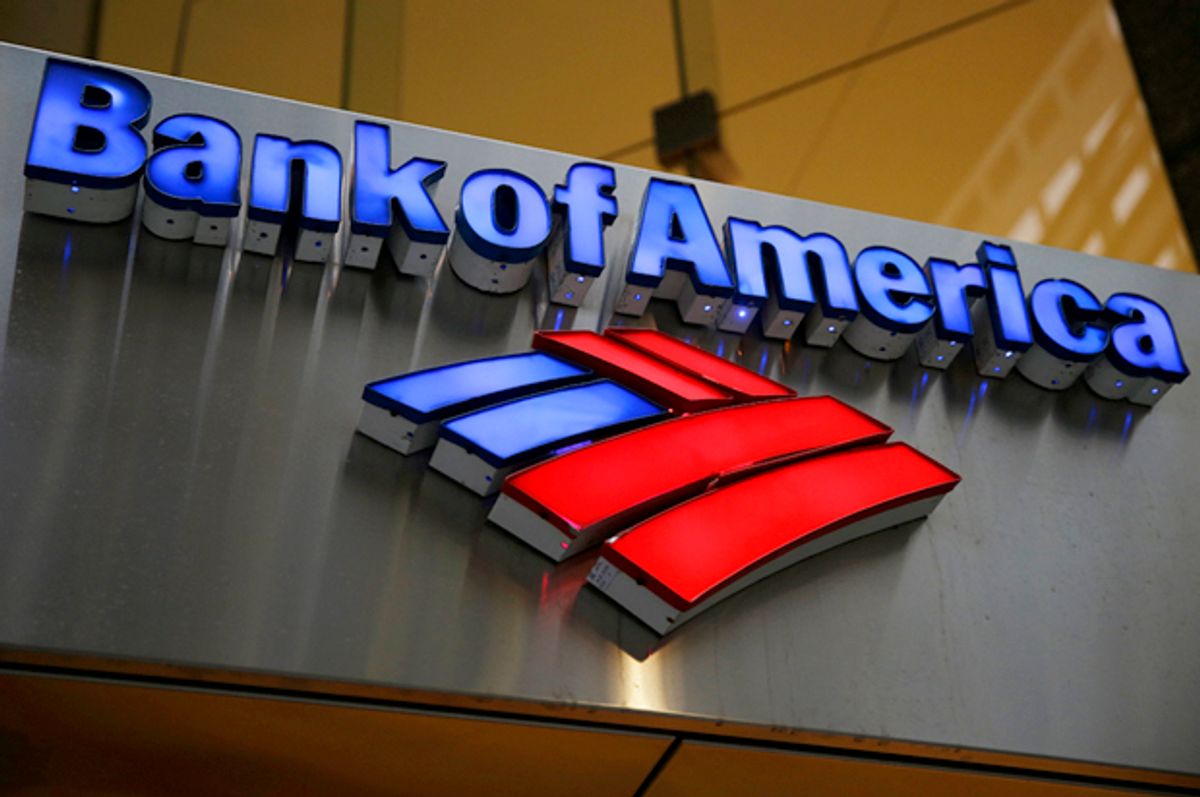 Tony (last name not included for fear of reprisal on the job) has worked at Bank of America for 11 years as a customer service associate. He takes phone calls from customers whose needs range from a simple change of address to a family crisis that leaves the caller unable to pay their bills, and he tries to help them solve their problems. And Tony and his coworkers are organizing.

Bank of America has had more complaints filed with the Consumer Financial Protection Bureau than any other American financial institution, according to a July report from Mother Jones magazine. And according to Tony, many of those complaints could be fixed with better training for workers, who instead feel squeezed, wanting to provide good service to the customers they talk to daily and on the other hand scapegoated when something goes wrong. Tired of the inadequate training they receive, tired of watching associates get fired for mistakes they didn't know were mistakes, tired of feeling like they're hurting customers rather than helping them, a group of around 40 workers got together to try to make, in Tony's words, a positive change.

“We started the group because we were tired of seeing good people walked out,” Tony says. “It's tough when you've got to work in an environment where they tap you on the shoulder, say 'Can you come to a meeting?' and as you walk away, another manager walks up to your desk with a box and starts packing your stuff. If you look over your shoulder, you see them packing your stuff as you walk away. And we all sit there in shock saying 'What did they do?'”

For example, he says, associates received just a brief training on doing balance transfers in the computer system that they use to manage customers' accounts. For a while, he wasn't aware that at the end of the call, a disclosure statement would pop up that was to be read to the customer, a legal statement of how the interest would accrue and what the fee would be for the transfer. Instead, he says, they were told that they should never end a call until the customer is finished, so if the customer ended the call, the next call would come in without the disclosure ever appearing. One of his coworkers, he says, was fired when the quality control department, which listens to two recorded calls from each worker each month to make sure they're doing their jobs correctly, caught her not reading the disclosure. “This disclosure where the customer can say 'I don't want a 4% fee,' this favors the bank when we don't read it to them,” he says. “You've already got the balance transfer, we can't do anything about the fee.”

Another person, he says, was fired for taking a hold off of a deposited check at the request of a manager. The managers, he notes, get the same training on the system as the associates, but often have even less time to pay attention to them.

Tony worries that the computer-based trainings they do receive are inadequate. Instead of a class where they might be able to ask questions, he says, they get computer-based trainings that they are often pushed to rush through in less time than the training says it will take. Additionally, he says, “The first thing it does is tell you 'here's what the training is about, acknowledge you've taken it and you know the subject matter.' To get into the course to learn about the subject matter you have to click a button that says we know about the subject matter. After you take the course, if you don't understand it, they go 'Well you learned about it, you clicked that button.' There's no way to take the course unless you acknowledge it. We feel that's their way of saying it's on you now. It's not the bank, you acknowledged you know it, so you do it wrong, that's your fault.”

The training they do get, he says, is often about how to “deepen the relationship,” with the customer. “Deepening the relationship is a nice word for selling you something,” he says. Instead of upgrading a customer's credit card, for instance, they are pushed to open a new card, one which might have a higher interest rate than their existing card. According to Chi Chi Wu, a staff attorney at the National Consumer Law Center, this process could violate the Truth in Lending Act, which prohibits “unsolicited issuance” of a credit card.

“Deepening the relationship” means something different, perhaps, to Tony than it does to the bank higher-ups. He says, “I once sat in a training was about selling more credit cards, how to 'deepen that relationship,' using what the customer says as a tool to sell them this new credit card. One of the associates in the meeting says, 'This woman's overdrawn, she's told me she's unemployed, I can't sell her a credit card, she can't afford to pay any of her bills now, that's going to hurt her.' The manager said 'How do you know she doesn't need the credit card to buy milk or formula? This could be just right at the right time. Sell her the credit card, it isn't our responsibility if she can't pay it.'”

“That's the kind of thinking that sunk this economy,” Tony adds.

With the help of the Committee for Better Banks, a labor-community coalition that includes Alliance for a Greater New York (ALIGN), Make the Road New York,New York Communities for Change (NYCC) and the Communications Workers of America union (CWA), Tony's group started a petition on Coworker.org this June. The petition calls for “independent, federally-guided training be implemented immediately, for employees and managers alike.”

Tony and his coworkers are not the first Bank of America employees to worry that they are being pushed to do wrong by their customers. As David Dayen reported for Salon in June of 2013, former employees testified that they were denied training on mortgage procedures under federal programs, given bonuses for putting accounts into foreclosure, and pressed to lie to customers. Tony says, “Maybe they're like us, maybe certain things were left out because it favored the bank. As long as managers and site leaders are making their quotas, making their numbers, maybe that's all they care about.”

“I look at Bank of America and like I said I've worked there for years, I see them, they're selling things off left and right, they're selling branches in Michigan, they're selling branches in Maine, we're shrinking the bank,” Tony continues. “I wonder if they're shrinking the bank to pay the bills and to make the bank look good? Because it's all about profit and money and we have to return to the shareholders. Do I think shareholders really care if the customers get burnt? No, I really don't. They're more concerned with the return on their stock. Maybe if banks listened to their employees and listened to their customers, it would be much better world.”

They began organizing with the idea of getting better at their jobs, being better able to serve their customers, and Tony says that though it's slow, they are seeing some results. No one has acknowledged their petition, though he says he's overhead remarks from higher-ups about their organizing, but after the workers took their yearly “associate engagement survey,” the Human Resources department sent someone to look into their complaints and one site leader was removed. This survey was given after about forty people had been let go for things that Tony says they'd never have done if they were trained properly.

Once the workers began standing together to try to solve their problems, Tony says, there have been fewer firings and somewhat better communication, though information about practices still too often comes from other associates who have been reprimanded for doing something wrong and who share that information.

Tony hopes that if workers and customers stand up for each other, they can change the banking industry.“Our customers are all our families, our friends, our communities, this country is in a dire situation because so many systems, of which banking is one, are failing them, because banking has become more about greed,” he says. “This is all of us together trying to make a better situation and until we all come together this isn't going to change.”