Should animals be people under the law?

"A legal person is a legal concept. It is not a biological concept." 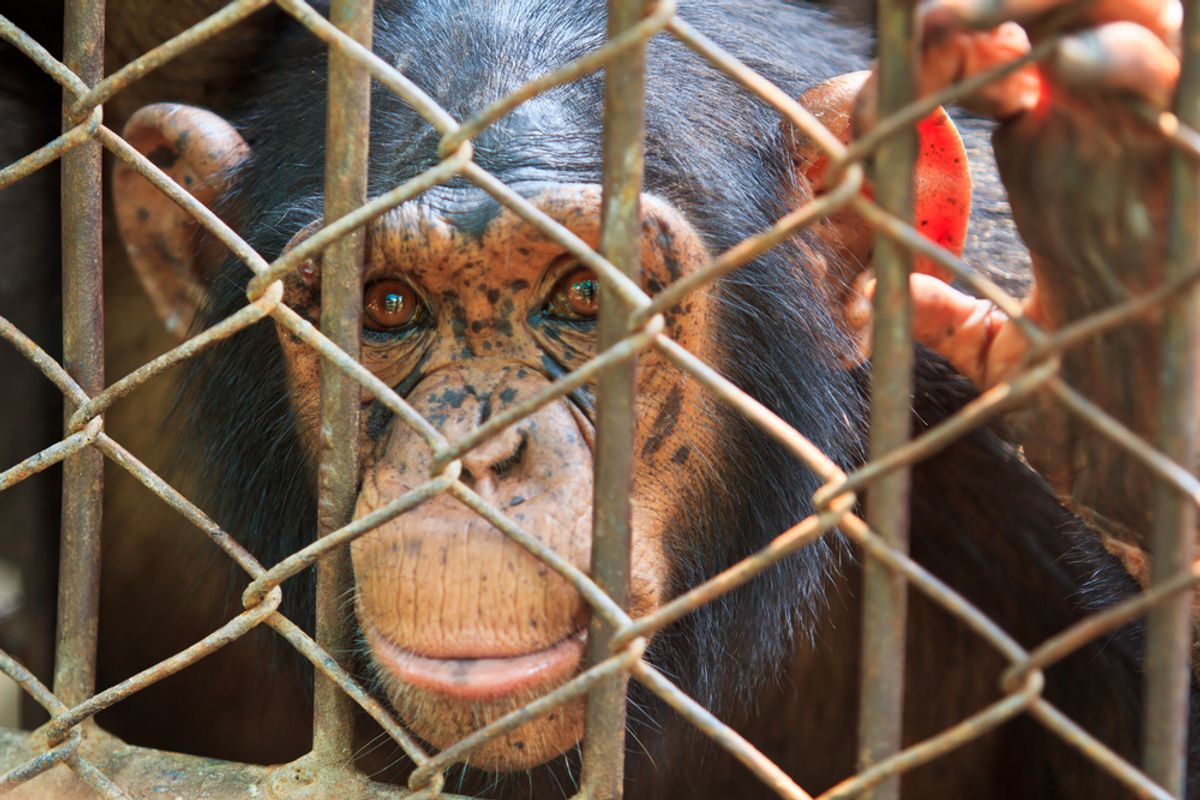 "Chimpanzees are autonomous, self-determining beings. Why shouldn't they be legal persons?" asked attorney Steven Wise of the Nonhuman Rights Project on Wednesday. "How is it that we can ignore the autonomy of a nonhuman, while making [autonomy] to be a supreme value of a human being?"

Those questions took center stage as the New York State Supreme Court heard the case of Tommy, a 26-year-old chimpanzee kept alone in a cage in a warehouse in Gloversville, New York. Wise, along with his organization were arguing for the legal personhood of Tommy and three other chimps.

Wise and the Nonhuman Rights project had previously filed something called a writ of habeas corpus on behalf of the chimps, which asks that a judge consider whether or not a person is being illegally imprisoned. The team also submitted testimonies from leading primatologists, who argued that chimps are, according to Wired, "deeply self-aware and self-determined, capable not only of pleasure and suffering, but of anticipating the future, remembering the past and making conscious choices about their lives."

"Both as a matter of liberty and a matter of equality, you can't say that an autonomous person doesn't have any rights simply because he is a chimpanzee," Wise continued. "A legal person is a legal concept. It is not a biological concept."

The thing is, Tommy is not a human being. But does that matter in the eyes of the law? And should it?

In the petition submitted to the New York State Supreme Court, The Nonhuman Rights Project argues that the idea of personhood has been fluid throughout the history of New York:

Common law courts, whose decisions are a part of New York law, have issued writs of habeas corpus for slaves who were not legal persons at the time so that the issue of personhood at the legality of confinement could be resolved. New York statutory and common law do not limit legal personhood to homo sapiens and have already conferred legal personhood status on non-human domestic animals who are the beneficiaries of trusts. Courts also have routinely extended rights to non-human entities such as corporations.

What does it mean to be a legal person in New York? Judging from the argument above, it means the right to avoid unfair imprisonment, as it should. But where does it stop? Surely, legal persons should be given the right to vote, to own property, and, less appealingly, to pay taxes.

Wise emphasized that the lawsuit isn't seeking full human rights for Tommy and the other chimps, only the right to not be imprisoned. If the judge had granted Tommy personhood with only some rights, that would open up a legal black hole-- who gets full rights? Can some people get limited rights (as convicted felons do)? Who determines what rights people get?

A person is not just an autonomous thing--if it were, every animal should be guaranteed personhood and all the rights that come with it. Certainly, keeping animals as cognitively and emotionally advanced, not to mention as physically active as chimpanzees is horrendously cruel and should be illegal. In fact, I wrote my master's thesis on captive chimpanzees and was devastated to see such intellectually advanced animals kept in confined quarters. That said, this particular effort is misguided and legally dangerous.