How to avoid being "too hot hire"

Concerned employers might hold your appearance against you? This interviewing strategy could prove invaluable 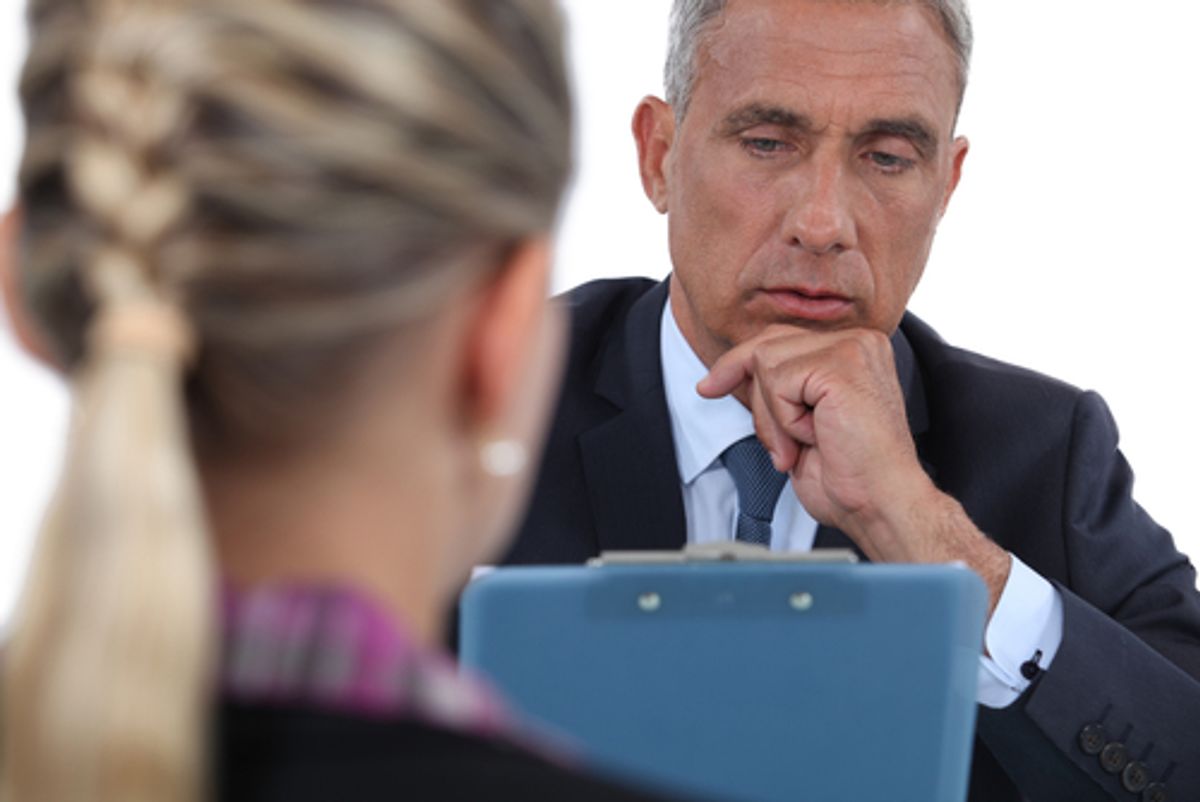 It may be hard to summon up much sympathy for the beautiful woman. She tends to have better self confidence, higher income than the rest of us, better social skills—not to mention her likely ease in attracting romantic partners. But, when it comes to job searches, it turns out pretty women have a harder time than most getting hired if the job they are applying for is considered traditionally masculine.

As a recent piece in Pacific Standard pointed out, this is called the "beauty is beastly" effect and was discovered 30 years ago. At the time researchers "didn’t exactly scramble to find solutions for this not-so-oppressed minority," as Pacific Standard points out. But a recent study soon-to-be-published in "Organizational Behavior and Human Decision Processes" provides some tips to help all those sexy job-seekers out there to ward off discrimination.

Apparently it helps to acknowledge your attractiveness during a job interview. It’s probably best not to fling an egotistical “I know I’m pretty,” at your prospective employer, though. Rather, the study provides some templates for acknowledging the stereotypes that might be influencing employers' decisions. As Pacific Standard writes:

In the first study, undergraduate students rated ‘employment suitability’ of four different candidates for a construction job, one of whom was a woman, based on a photo and interview transcript. Some saw the photo of a beautiful woman, while others saw one of a not-so-beautiful woman. In the interview transcript, the woman said ‘I know that I don’t look like our typical construction worker,’ ‘I know that there are not a lot of women in this industry,’ or neither. In the control condition, where the women did not acknowledge any stereotypes, the unattractive woman was rated as more suitable for the job than the beautiful woman. However, the attractive woman received significantly higher ratings if she acknowledged either her appearance or sex than if she didn’t.

The results of this first study were mirrored in a second study that used construction workers as participants. Follow-up research revealed the surprising reason that acknowledging stereotypes worked in the favor of attractive women, as Pacific Standard describes:

Acknowledging one’s sex and attractiveness causes evaluators to rate women as more masculine—and presumably, a better fit for the manly construction job. Those who acknowledge stereotypes are also, surprisingly, rated as less counter-communal. Women who are counter-communal (a nicer way to say “bitchy,” as ambitious women are often perceived) violate gender norms and are evaluated less favorably because of it. This double standard is just another example of how women on the job market must tread a fine line between feminine and masculine.

So, since we live in a society that is, unfortunately, still teeming with gender discrimination: if you’re unattractive or plain-looking, it’s best not to say anything about the fact that you’re a woman when applying for “masculine” jobs. If you’re pretty, it’s best to speak up.