A transgender mom becomes Working Mother of the Year 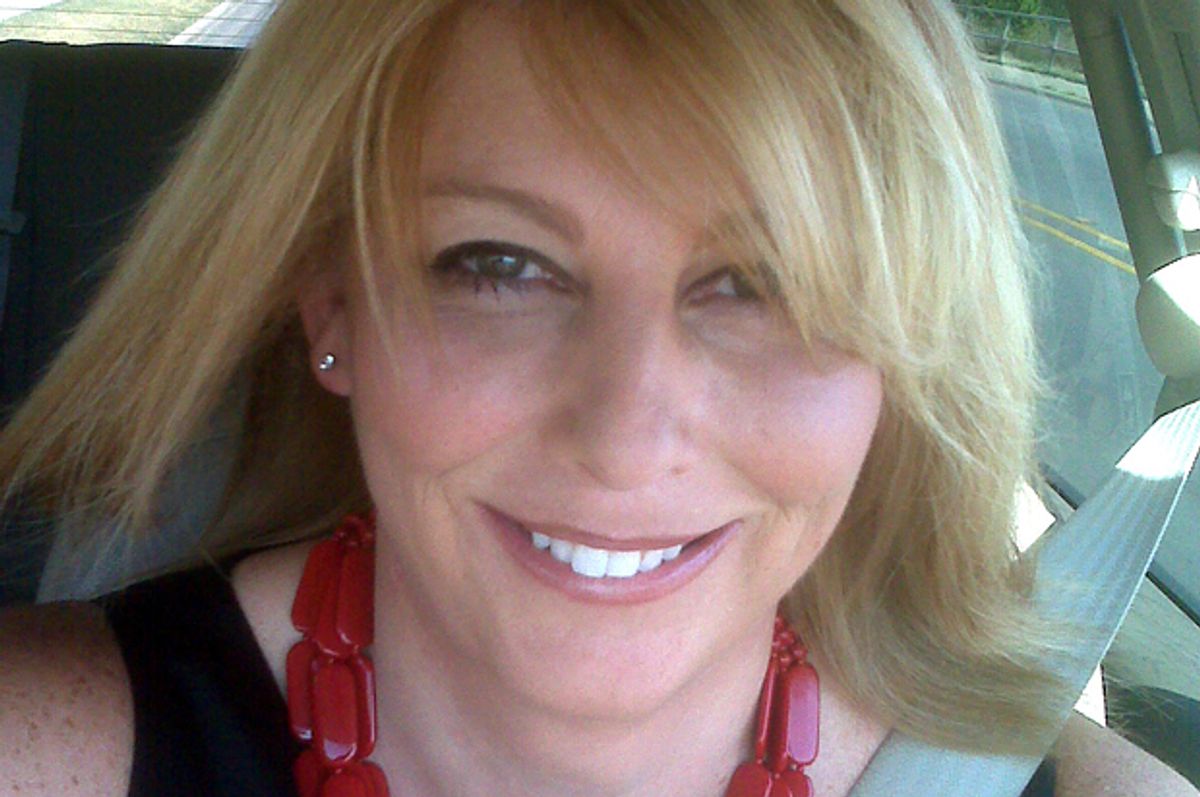 Meghan Stabler describes herself as "just like any other mom, be she single, partnered or married." She says, "I'm planning meals, balancing budgets, figuring out how to encourage my child to enjoy reading, and juggling my schedule to accommodate taking my daughter to the doctor when she's sick." She's a business executive and a human rights advocate. She's also just been named Working Mother's Working Mother of the Year, and as such, she's not just like any other mom. She's a trailblazer. Because she's the first transgender woman to achieve that honor.

The Human Rights Campaign, where Stabler serves on the Board of Directors, announced the news Wednesday, offering congratulations and quoting Working Mother's editorial director Jennifer Owens, who calls her "a true champion."

Writing Wednesday in HuffPo, Stabler both eloquently normalizes her experience as a working parent while pointing out the gender inequity problems in the workforce. "I started my career as a male, and as long as I presented as such, I found that my views and opinions were widely respected," she says. "But since transitioning to my true, authentic self, I've come to recognize the gender-stereotypical male dominance in meetings and work in general, something I never thought about until I was on the receiving end of it. In the modern workplace it's the male alpha dog vs. the bossy female." She writes about the need for mentorship and support at work, and says that "the nation's unconscious bias around both women and the LGBT community needs to be exposed." It's a simple yet expansive message, one that embraces workplace diversity and tolerance for everyone, regardless of gender or orientation. And it's an important plea for understanding the additional challenges that transgender parents face. Writing in HuffPo two years ago, Darby Hickey observed, "I grapple with social forces that demonize me as ill-fit to be a mother because I'm transgender and have an unconventional family, just as they demonized my mom for being a single mother."

Straight, white and male are still the default in the workforce, and straight and cisgender are still the default on the homefront. For Working Mother to, in its choice of honoree, acknowledge the need for a broader understanding of the need for different ways of looking the work and domestic sphere, and to acknowledge that transgender moms are moms too is a beautiful and welcome gesture. It's a sign that, despite the massive amount of work still to be done, the world is getting a bigger, and our view of what makes a family a broader. Which means it's a little bit better place for all of us to raise our kids.