Schwartzman plays NYC's most obnoxious young novelist, adopted by a literary lion, in this thorny comedy 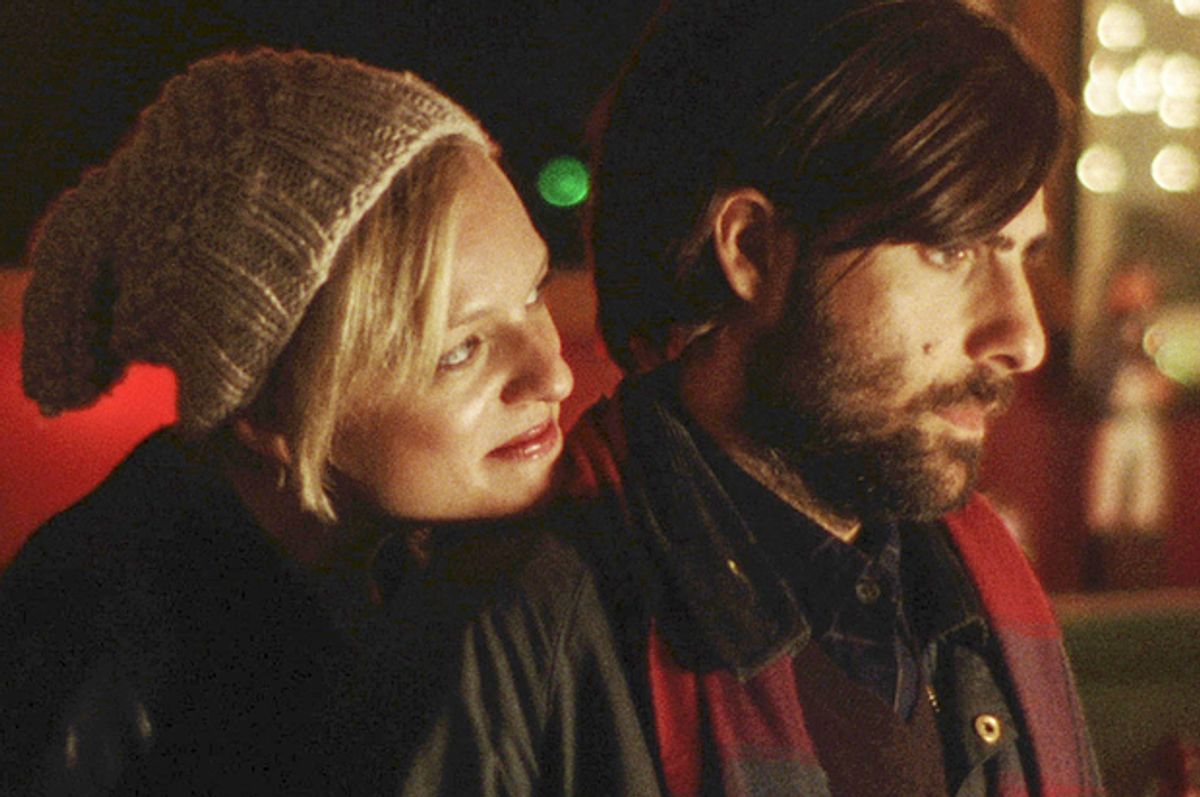 “Listen Up Philip,” the third feature from New York indie filmmaker Alex Ross Perry, breaks free of so many cinematic conventions at once that the experience is disorienting. It has huge blocks of literary-style narration, read in affected Upper
West Side tones that suggest National Public Radio at its most self-indulgent. It has a thoroughly appalling protagonist, a young novelist so arrogant and solipsistic that many viewers will be profoundly sorry he does not meet a gruesome death. It tells a deliberately slippery story that shifts perspective and changes location, such that the career of Philip Lewis Friedman, the budding genius played by Jason Schwartzman, is (mercifully) not its sole focus.

Once you adjust to “Listen Up Philip,” it’s also invigorating, disturbing and frequently hilarious, but that adjustment’s not entirely painless. When I first saw the movie at Sundance last winter, I struggled to touch bottom throughout this dense, character-rich satire of the New York literary world. People will inevitably compare Perry’s work to Woody Allen, but “Listen Up Philip” is tighter, better written and more technically adept than any movie Allen has made in at least 25 years. It’s a marvel of writing, construction, photography and editing, with gorgeous ‘70s-style cinematography, shot on honest-to-god Super 16 motion picture film, by Sean Price Williams. Perry’s zingers keep coming so fast you don’t have time to laugh -- and the governing mood of acerbic, melancholic misanthropy means you don’t want to. Hardly anyone will feel neutral about this deliberately unfriendly film, but if you don’t respond to it with revulsion you’ll probably think it’s one of the most ambitious and exciting American films of the year.

Perry’s title refers, at least officially, to Philip Lewis Friedman, the vain, ambitious and tremendously unhappy young novelist played by Jason Schwartzman. But it also refers, both by allusion and by way of the “Portnoy’s Complaint” typeface used in the title sequence, to Philip Roth, the obvious model for the aging literary lion played by Jonathan Pryce. Ike Zimmerman, Pryce’s character, is a titanic figure from the ‘70s – the montage of his book covers is an all-time triumph of production design – who is sliding unhappily into old age and seizes the opportunity to mold a protégé in his own profoundly unpleasant image. As Ike’s adult daughter (Krysten Ritter) tells Philip, “I’m glad he found a young surrogate to handle the forlorn moping.” Mind you, forlorn moping is pretty much the text of this movie, so don’t go see it and then come complain to me that it’s about a bunch of people who are privileged but depressed. Yes, it is!

Philip has labored long and hard over his second novel, driving a seemingly permanent wedge between him and Ashley (Elisabeth Moss), his long-suffering photographer girlfriend, through his total self-absorption. Perry should get full marks, by the way, for making Ashley a complicated and fully realized character, in a genre often focused exclusively on the male perspective. In fact on second viewing Ashley jumped out at me, as flawed as she is, as a key to the entire ambiguous experience of “Listen Up Philip.” Now Philip is faced with a bad review in the New York Times – the death-knell for many a second-novelist – and is casting about for some way to distinguish himself. A magazine assignment writing about another young literary star (a cameo for Keith Poulson, who describes himself as “self-deprecating,” with air quotes) falls through, and Philip tries on a few different identities – tireless publicity whore, Pynchon-style recluse – before signing on as Ike Zimmerman’s eager pupil and semi-permanent houseguest.

Given that Philip and Ike’s relationship from the start is about supporting each other in their arrogance, ruthlessness and delusions of grandeur, it’s no surprise that ugly undertones creep in before too long. These culminate in an unforgettable scene when Ike brings home two 40ish women from a dance class and tries to sic Philip on them. As so often in this film, I was torn between laughing, crying and crawling under my seat. We move from Philip to Ashley to Ike and back to Philip again, and from Brooklyn to Ike’s upstate retreat to the remote college campus where Philip spends a miserable semester teaching creative writing. I’m not sure that last episode has the crispness of the rest of the movie, but that may be my own resistance to feeling any compassion for the odious Philip.

There’s no adequate way to capture the bitter-chocolate flavor of Perry’s satirical dialogue, or the myriad of marvelous details, by telling you about them. I can say that all three of the main actors give magnificent performances as people who are hungry for love, sick of self-love and poorly prepared for adulthood, at 30 or 70 or any other age. In the end, we have to swallow our bile and admit that we recognize our own less admirable human qualities in Philip too. I’m not sure whether to tell you that “Listen Up Philip” is funny or not, and I’m not sure whether to say it takes place in a Philip Roth universe or ruthlessly parodies such a universe. Whether this movie makes human life seem worth living is a valid question; whether it announces Alex Ross Perry as an immensely original talent is not.