Fighting to save an embattled congressman, GOP tries to spook voters with menacing images of a black convict 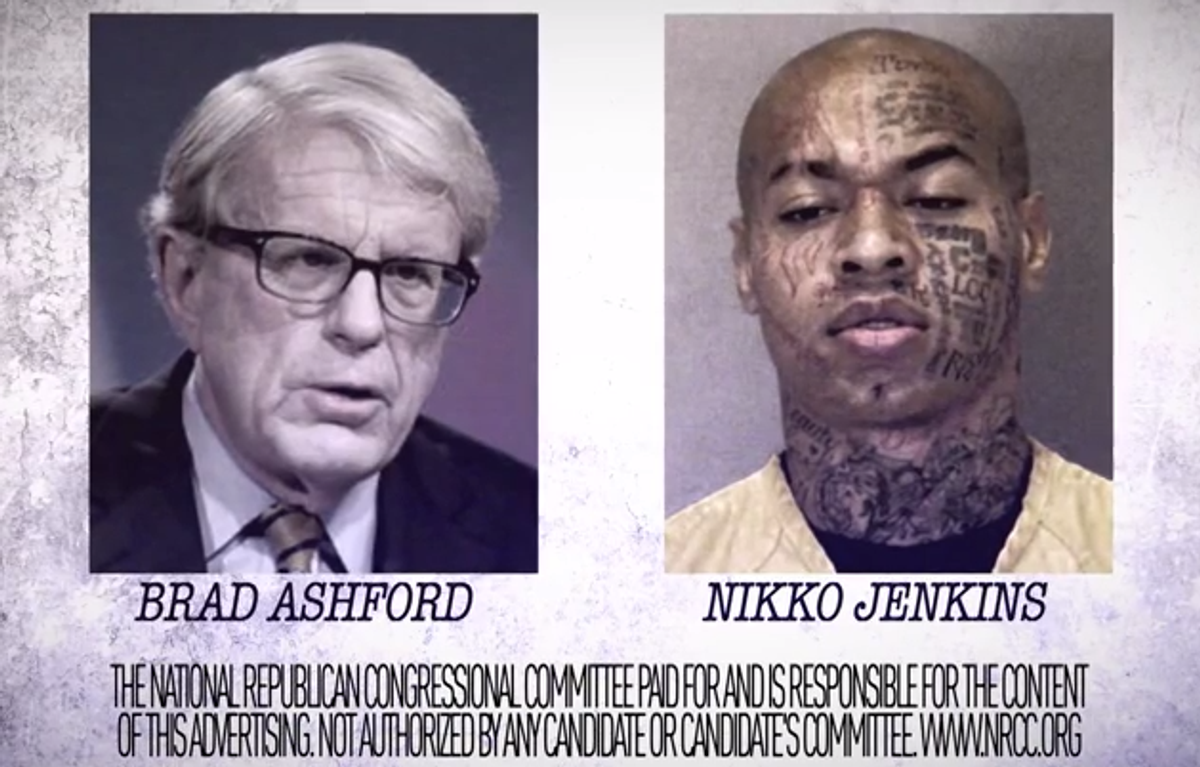 The National Republican Campaign Committee unveiled a race-baiting ad Friday linking the Democratic candidate for an Omaha-based congressional seat to Nikko Jenkins, who committed four murders after being released from prison in 2013.

Jenkins, a diagnosed schizophrenic who is now 28, was released from prison in July 2013 after serving 10 years of an 18-to-21-year sentence for armed robbery and assault. He was released under Nebraska's "good time" law, which can cut sentences in half by allowing prisoners a day of credit for good behavior for each day they're incarcerated. Republican Rep. Lee Terry, one of a handful of House Republicans at risk of losing this year, has accused Democratic opponent Brad Ashford of not doing enough to make the state's good-time law more stringent during his service as a state legislator on a crime-related committee.

The NRCC's new ad features footage of Jenkins' trial, with menacing music and images of the heavily tattooed Jenkins shouting in the courtroom.

"Nikko Jenkins was released from prison early after serving only half his sentence," the narrator intones. The ad does not specify that the sentence in question was the unrelated assault and armed robbery sentence, not the one for his murders.

"Brad Ashford supported the good-time law and still defends it, allowing criminals like Nikko Jenkins to be released early," the narrator says, as a photo of Ashford is juxtaposed with Jenkins' mug shot.

The ad evokes memories of the 1988 Willie Horton attack ad against Democratic presidential nominee Michael Dukakis. That ad blasted the Massachusetts governor for allowing prisoners weekend furloughs; Horton committed assault, armed robbery and rape during a weekend furlough from a Massachusetts prison in 1986. The ad drew widespread criticism for its ominous imagery of a black convict.

Watch the NRCC's ad below: