Who needs a million dollar wedding? 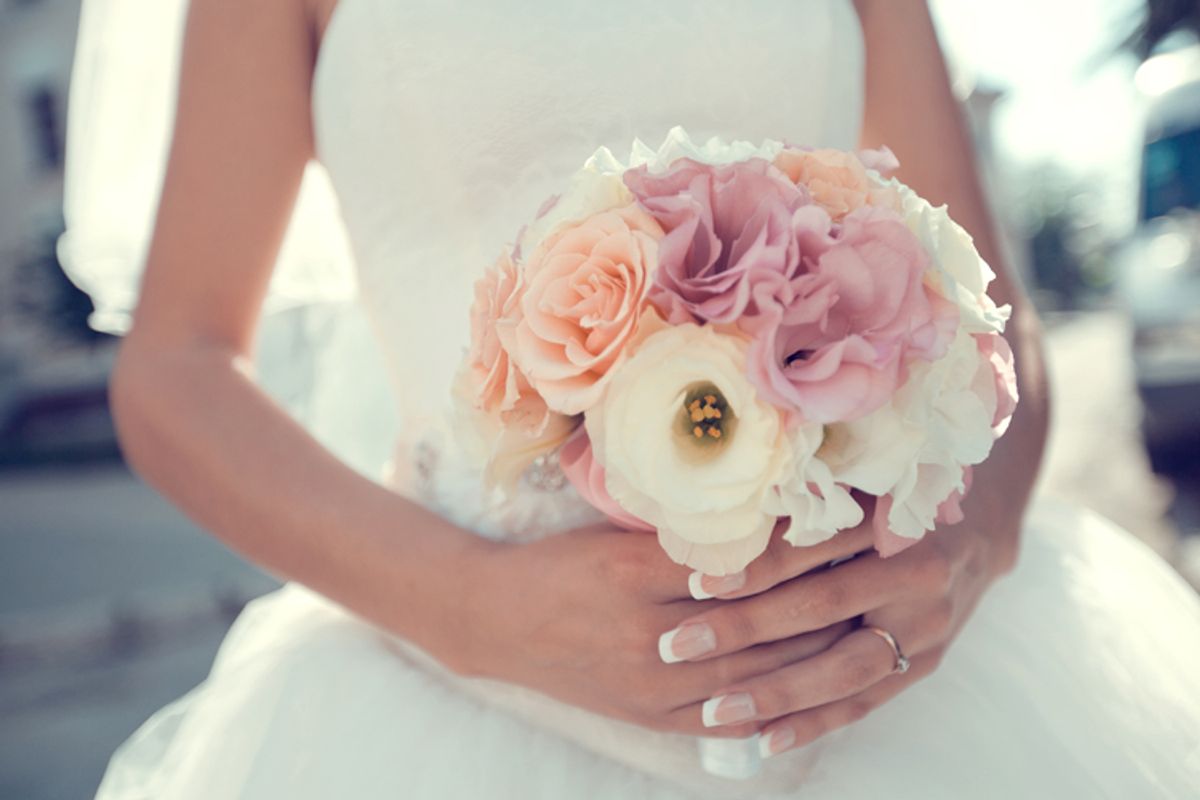 Vowing to provide the "ultimate in wedding extravagance," the package has plenty to offer aficionados of the destination wedding – including separate four-night stays for the bride and groom, and a seaplane excursion and dinner on a 122-foot yacht (Question: Is that a good yacht size?) before the big day, as well as "complexion-boosting boot camp" and "grooming" services for the couple and their mothers at Bliss Spa. And then for the day itself, the package includes a dress from Miami's designer Ever After boutique and a tuxedo, "personal butlers" to attend to the couple's needs, a choice of locations around the hotel for the ceremony, a seated dinner for up to 175 guests, a custom-designed cake, a seven-piece band or DJ, photographers, a security crew, and more -- and for the finale, a six night honeymoon at the St. Regis Bora Bora, including "daily breakfast and dedicated butler." I've either been living in New York for too long or reading way too much about George Clooney's wedding lately, because that sounds like a relative bargain to me. It also sounds like a huge gimmick. Face it, if you've got millions to blow on tying the knot, you're not going to go for some bundled package like this is frickin' Leonard's of Long Island. But by calling it the million dollar-wedding package, the W has created a clever means of gaining attention for itself as a location for bridal parties who might prefer to design their own special days, and for somewhat under seven figures.

The aspirationally over the top wedding is at once an object of desire and loathing. It's, for many of us, the one day in of our lives we might get to vaguely feel like a movie star, with a big car and everybody taking our pictures. That's why we have a whole reality TV wedding genre. We laugh derisively at bridezillas, even as we find ourselves acknowledging that Vera Wang number is pretty great. My own gold standard for wedding perfection remains the 1996 nuptials of the late John F. Kennedy Jr. and Carolyn Bessette on Cumberland Island -- an unfussy white dress, a white, buttercream topped cake. Classic. Simple.

But in the past few years we have been inundated with a deluge of wildly luxurious celebrity nuptials – from Justin Timberlake and Jessica Biel's, an event that sources close to the couple had to swear cost way less than its reported $6.5 million, to Kim and Kanye's, an affair in which the gown alone cost a half a mil. Sean Parker's magical 2013 wedding, which resembled a "Game of Thrones" scene without anyone dying violently, was so over the top he had actually had to settle with the state of California for the potential environmental damage to the tune of $2.5 million. It all makes Brad and Angelina's recent wedding, coming in at just a few hundred thousand, practically a lunchtime run to City Hall.

And it also all makes the W's package look downright skimpy. Oh, you could only afford to have a wedding for fewer than two hundred people? You paid a million bucks for this little shindig? There are people who pay two and a half time that amount just in settlements for their weddings. How quaint.