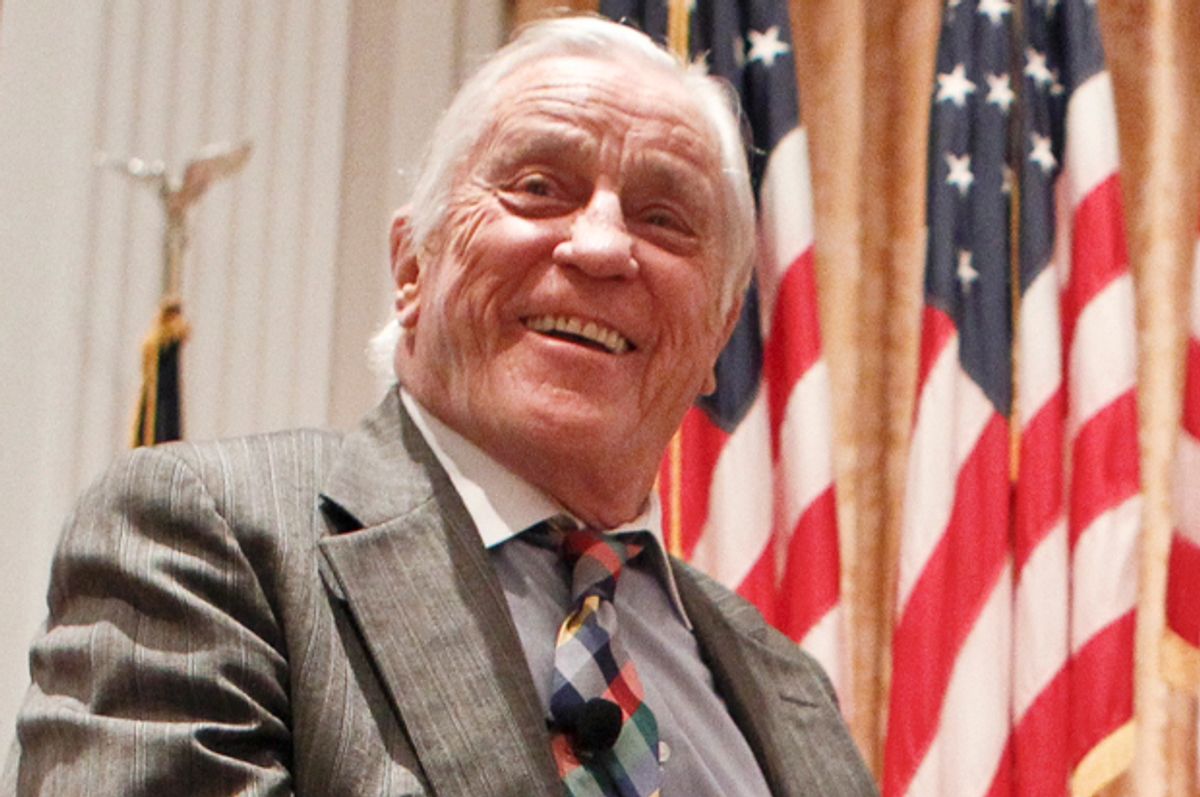 There is one word that comes up in nearly every mention of the legendary Washington Post executive editor, who died Tuesday: swagger. Reuters praised his "fiery and brusque demeanor, sharp wit and swagger." The LA Times remembered "the swagger that had made him a fearless editor and an outsized personality." Mostly boldly, the word is the lynchpin of Chris Cillizza's entire Washington Post remembrance of the man, a fond tribute that declares, "Ben Bradlee, who died Tuesday night at 93, had swagger," and explains that "True swagger -- a supreme confidence in your own abilities and the knowledge that, well, you've got this -- is actually a very rare thing. And rarer still are people who don't just think they possess it, but actually do."

Swagger, unfortunately, has fallen on hard times. Once, outsized personalities like Bradlee could claim it as their own, a way of being that encompassed confidence tempered with a profound moral core. Now it's more likely applied to the cocky guys in men's cologne ads and pickup guides. Swagger has become the domain of loudmouthed reality stars instead of grounded adult humans.

Yet the world could really use more authentic swagger. And not just for men whose heyday was in an entirely different era. Swagger is not old-fashioned and it is not a masculine attribute – in fact I wish more women would be recognized and praised for it. Swagger is an undisguised pleasure in doing things and doing them well. Swagger is not bored. Swagger is sexy, sure, as former New York Times editor Jill Abramson unabashedly noted in her tribute to Bradlee. It's there in the tone of voice, in the jauntiness of a step. It's passion. For Bradlee, that passion was news, what Abramson calls a "total joie de journalism." Anthony Bourdain has it in the way he cooks. Julia Louis-Dreyfus has it in the way she makes people laugh. That's what swagger looks like. It's cool but never jaded. It's the ability to walk into a room and say, "Let's have some fun, people." And when you leave that room, to have everyone in your wake say:"Damn, that one had all the swag."