A family's powerful choice to let their daughter die

A mother speaks out on a landmark British case 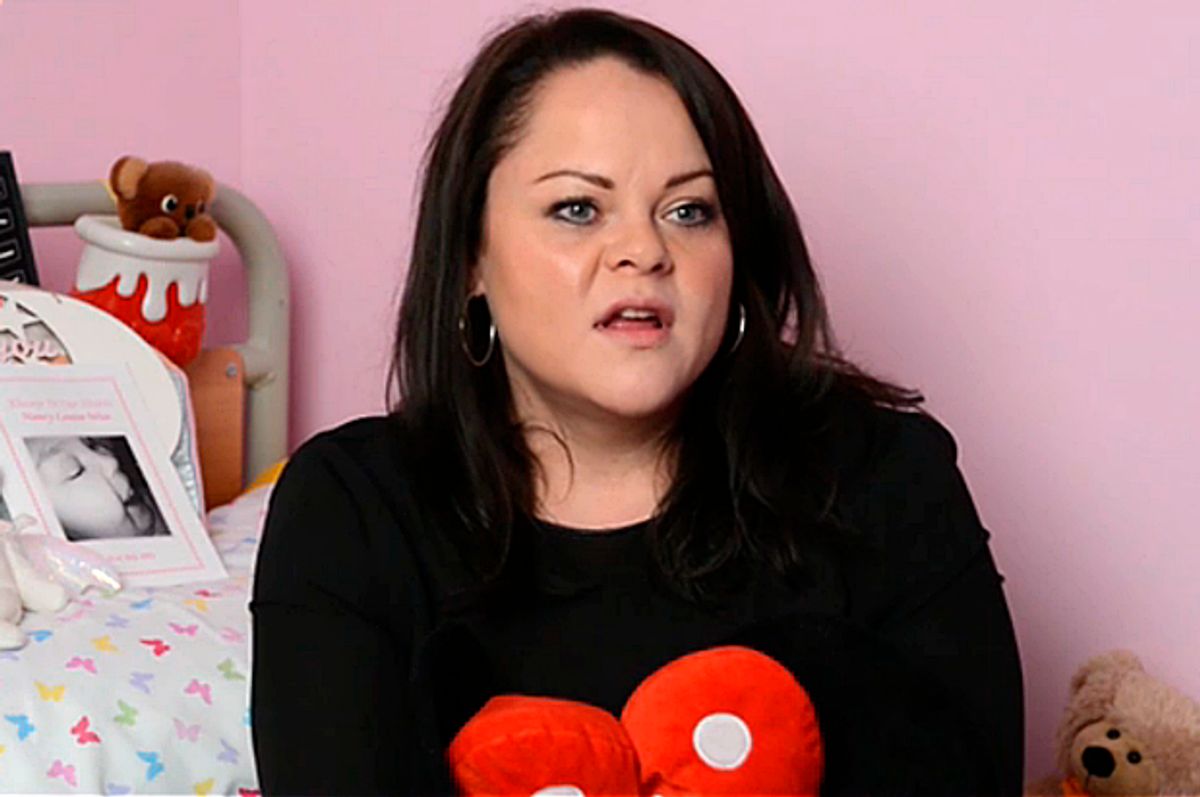 It takes a lot to bring a child into the world. Imagine what it must take to help her leave it.

As the Scotsman reports, Charlotte, a nurse, learned shortly before her daughter was born in 2002 that she was likely to have severe medical problems. Nancy was born blind, with hydrocephalus, meningitis and septicaemia. During her life, she could not see, speak, walk or even eat on her own. Her mother says, "We were constantly in and out of hospital because Nancy was such a unique case. She was never developed more than a six-month-old child." But a 2012 operation to remove kidney stones left her with an infection that escalated her situation to an unbearable degree. Her mother says, "She was screaming and writhing in agony 24 hours a day. Not being able to ease her suffering was too much to bear. She wasn't my angelic child any more, she was a shell. I wanted beautiful memories of Nancy, not soul-crushing ones. After a whole weekend of her screaming in agony, I decided I wasn't going to watch my little girl suffer any more." At the time of her death, the girl was a full time patient at London’s Great Ormond Street Hospital.

After the 2012 incident, Nancy's mother, along with her father, David Wise, met with the hospital ethics board about the most compassionate next course of action. The hospital could agree to stop feeding her, but could not legally withdraw all fluids without permission – leaving them with the option of a process that could take months of continued suffering. As it was, it still took time to bring the case before the court. But citing her "great admiration" for the family, Justice Eleanor King immediately granted the request on Aug. 7 after receiving a heartfelt explanation of the circumstances. In her statement to the judge, Charlotte explained, "My daughter is no longer my daughter. She is now merely just a shell. The light from her eyes is now gone and is replaced with fear and a longing to be at peace." The case marks the first time a judge has allowed for a child who was breathing independently and not terminally ill to die.

Speaking out now to The Express, Fitzmaurice says, "Although I will live with the guilt forever, I know I have done everything I can for her and she is at peace…. I gave her the best quality of life she could possibly have."

The amount of compassion it takes to let a loved person go, even a suffering one, is extraordinary. Yet Dr. Andrew Ferguson of anti-euthanasia group Care Not Killing tells the Express, "It is never ethical to speed up the process of dying by any intervention which has the primary intention to end life." But why not? One of the most important things anyone ever said to me was soon after my first cancer surgery. It was the middle of the night; the morphine had worn off, and I was sobbing in pain as I rang for the nurse. I felt bad about asking for help; I felt weak for needing someone to come in. But when my nurse came in bearing two Percocets, she didn't shame me. Instead she very gently – and very firmly – told me, "You have a right to not be in pain." It was life-changing.

What we deserve in life and what we get are often two different things. We all suffer. We all experience pain, sometimes to an unbearable degree. What Nancy Fitzmaurice and her parents endured was unrelenting to the point of unendurable. A life of ceaseless pain, or a slow and debilitating decline like the one cancer patient Brittany Maynard has courageously chosen to refuse, is not a gift to be treasured. Time on earth is not in and of itself a blessing. The blessing is the ability to feel something other than pain. The blessing is a quality of life, preferably determined by the patient but if not her, then those close to her who love her and are invested in her best interests. Breath, by itself, is overrated. And death is not a failure. Death, in the best circumstances, is a release.

It took heroic amounts of love and patience, and an ability to withstand the unimaginable anguish of watching one's child suffering for years on end, to raise Nancy Fitzmaurice for 12 years. And in the end, her parents did the kindest, bravest, most loving thing they possibly could have for her. They helped her go.