The troubled star seems briefly on track -- then retreats again 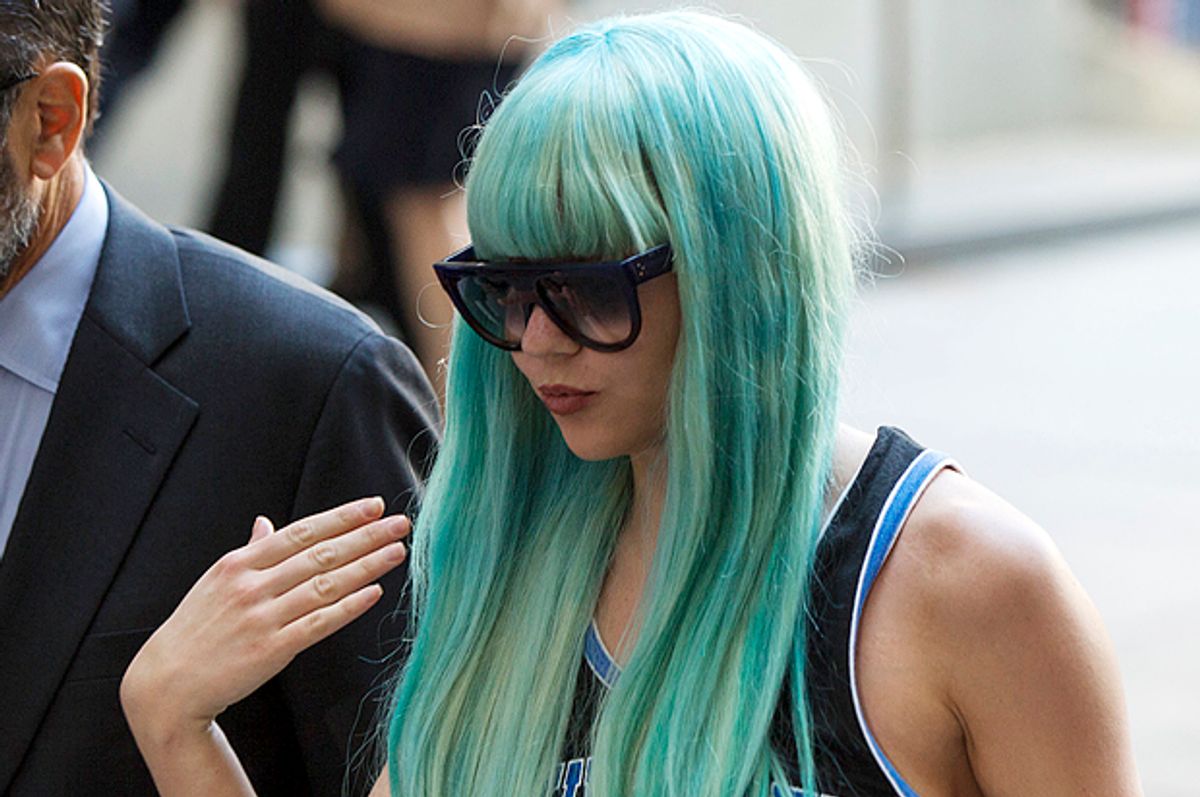 At this point, it's impossible to tell whether anything Amanda Bynes says is real or not. And that's just what she's said in the past few hours. The troubled 28 year-old actress re-emerged on Twitter Tuesday, claiming, "I was diagnosed bi - polar and manic depressive so I'm on medication and I'm seeing my psychologist and pyshchiatrist weekly so I'm fine :D." [sic]

It was a message from a much calmer sounding Bynes than the one who's been a tabloid staple over the past two years – and whose behavior in recent weeks has been increasingly erratic. In September, she was arrested on a DUI charge. Then less than a month ago, she was spotted openly changing her clothes and dancing strangely in a Manhattan boutique -- shortly before an alleged shoplifting incident at Barney's that got her permanently banned. She then followed up with a lengthy string of tweets accusing her father of grotesque physical and sexual abuse – and then capped that off by declaring, "My dad never did any of those things The microchip in my brain made me say those things but he’s the one that ordered them to microchip me." What ensued in the wake of this flurry of puzzling behavior was a brief psychiatric hold, and a California judge granting her conservatorship to her parents. Just on Friday, after her release, she was tweeting that "The police filed a report against my dad - I am not able to be in the same room with him. He is a sexual predator and he SHOULD BE IN JAIL. People need to hear the truth about who I really am - I need to show the judge that not only do I not need ANY help making decisions about."

But in a somewhat more restrained tone early Tuesday, Bynes spoke almost hopefully of her diagnosis and her medication, and said that "My lawyer said if I comply with the courts and take my meds and see my psychologist and pyshchiatrist weekly then I will get unconserved." [sic] And though she said she's not living with her parents and not obliged to, she added – in a message she quickly deleted – that "But i am conserved and my parents only give me $50 dollars a day and it's really annoying."

That she would announce, with apparent relative presence of mind, an admission of a disorder and an intention to work toward her mental health seemed a hopeful sign for a young woman whose life has been so full of drama. Unfortunately, by mid Tuesday morning she'd already reversed her story, stating, "I was at a friends apartment last night and one of my friends tweeted my phone, sorry guys!" And with that, the old Amanda was back.

It's yet another sad twist in a story that's been unfolding in public for a long time now, one of conflicting narratives and a woman at the center who contradicts herself on a near hourly basis. There are several Amanda Bynes now, and they all tell different tales. I just hope the one who says that she's getting help is the one who can save her from all of the others.