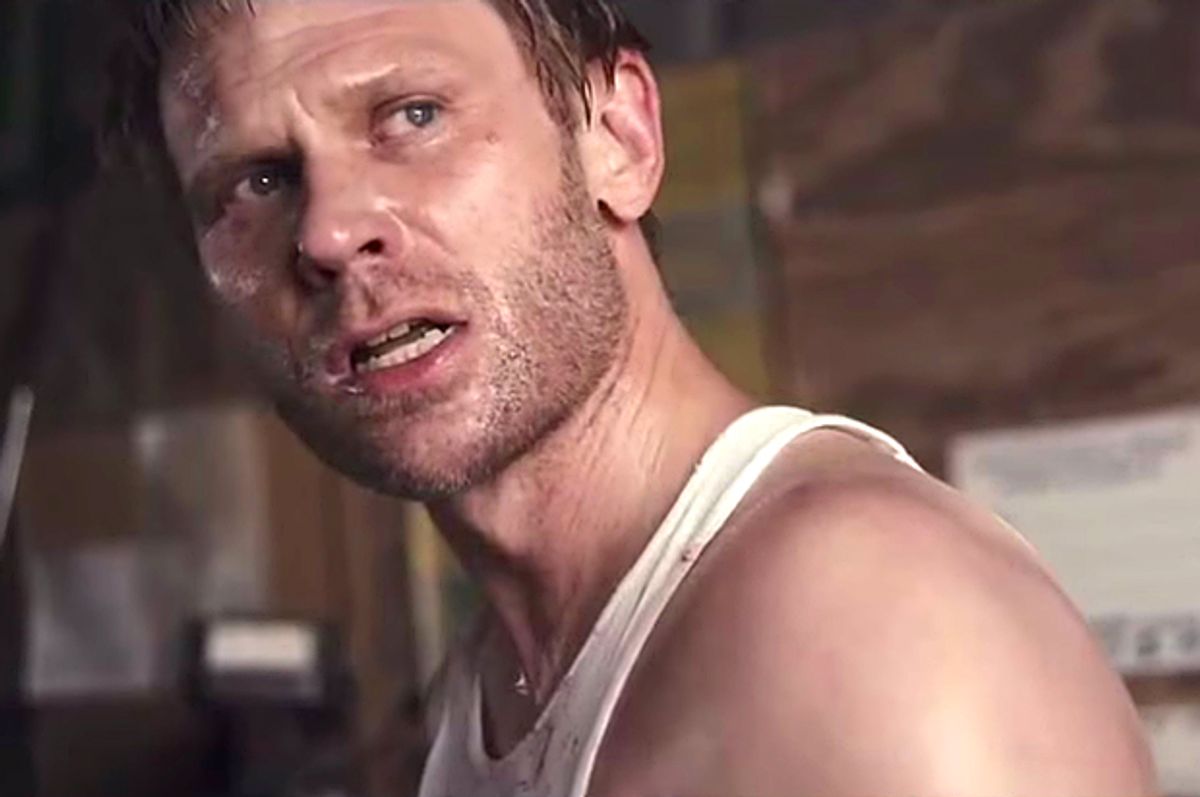 Any thriller from first-time directors that starts out with a couple of teenagers in a Texas diner talking about legendary pulp novelist Jim Thompson has a super-steep hill to climb. Here’s what I can say for “Bad Turn Worse,” the debut feature from Simon and Zeke Hawkins, a pair of 30-something New Yorkers who have clearly spent way too much time watching classic crime films: It may not make it all the way up that steep slope, but the effort is pretty doggone entertaining. Thompson’s famous pronouncement about narrative – there are 32 different plots but only one story, which is that “things are never what they seem” – becomes the mantra driving every minute of this tightly plotted neo-noir scripted by Dutch Southern, an obvious devotee of early Coen brothers and Quentin Tarantino films.

Indeed, in its more mannered moments (like the overly-meta diner conversation) “Bad Turn Worse” – which played film festivals last year under the title “We Gotta Get Out of This Place” – feels like a tribute to the Coens’ legendary debut, “Blood Simple,” as rewritten by the young Tarantino. The central characters in the misbegotten criminal scheme are teenagers rather than adults, and suffer a bit from the self-aware and slightly detached cultural savvy of Tarantino’s overly talky people. When the immensely scurrilous low-level gangster played by veteran character actor Mark Pellegrino starts speculating how “someone with a goatee and a Ph.D.” might analyze his relationship with teenage protégé B.J. (Logan Huffman), I couldn’t help rolling my eyes. Still, Pellegrino is so much fun as Giff, the scoundrel who concocts a complicated scheme for B.J. and his college-bound buddy, Bobby (Jeremy Allen White), to earn back the $20,000 they stole from him, that all is forgiven.

I’m already oversimplifying the plot, but of course I don’t want to give much away. Let’s just say that Giff knows part of the story about the missing 20 grand, and Bobby and B.J. each know part of the story about what will happen when they try to rip off an even larger sum from Big Red, the mysterious local crime tycoon who employs Giff. And then there’s Sue (Mackenzie Davis, recently seen on TV in “Halt and Catch Fire”), the blonde, skinny tomboy type who is officially B.J.’s girl even though her bookish interests are closer to Bobby’s. Anyway: Two guys, one girl, a pile of cash. You figure it out. It might not shock you to learn that these low-grade criminal enterprises don’t go smoothly and that things are not quite what they seem.

Southern does a nice job balancing out the super-obvious plot twists with the ones you don’t see coming, and even when the characters more cannily constructed than realistic, the Hawkins brothers and the cast play it pretty straight. Sue, for instance, is a barely plausible combination of fantasy-girl attributes – she’s good with machines! She loves to read! She looks great in a bikini! – but Davis has an easygoing screen presence that makes her seem convincing. Huffman and White are agreeable young actors, perhaps a little too generic to seem like oil-and-water opposites who’ve been drawn together. But the Hawkins brothers and cinematographer Jeff Bierman revel in the slightly sleazy, '80s TV-movie vibe, which has just the slightest echo of “Spring Breakers” (without the ludicrous and self-mocking excess). "TV movie" is not metaphorical, by the way, since you can watch “Bad Turn Worse” on iTunes and VOD if you’re too baked to make it out to the multiplex.

Before they become enmeshed in Giff’s dubious schemes – or at least before they know they’re enmeshed in them – the three teens spend a debauched weekend at the beach in Corpus Christi (which, if memory serves, is where the characters in “Blood Simple” want to go, but never make it). Earlier and later scenes are shot in the anonymous inland town of Taft, Texas, where the Hawkinses make good use of the horizontal landscape, low-rise architecture and anonymous interiors. They also keep the plot ticking along just fast enough that you won’t have time to observe how recycled it all is. “Bad Turn Worse” is a calling-card movie, one that won the audience award at last year’s AFI festival in Los Angeles, and one that virtually guarantees these guys will get their chance with a bigger budget and bigger stars. At least it’s a fine example of capable, fun escapist entertainment. Whether the brothers have anything to say or can put their own stamp on their material remains to be seen.

“Bad Turn Worse” opens this week in limited theatrical release. (Check local listings.) It will also be available on demand from cable, satellite and online providers.