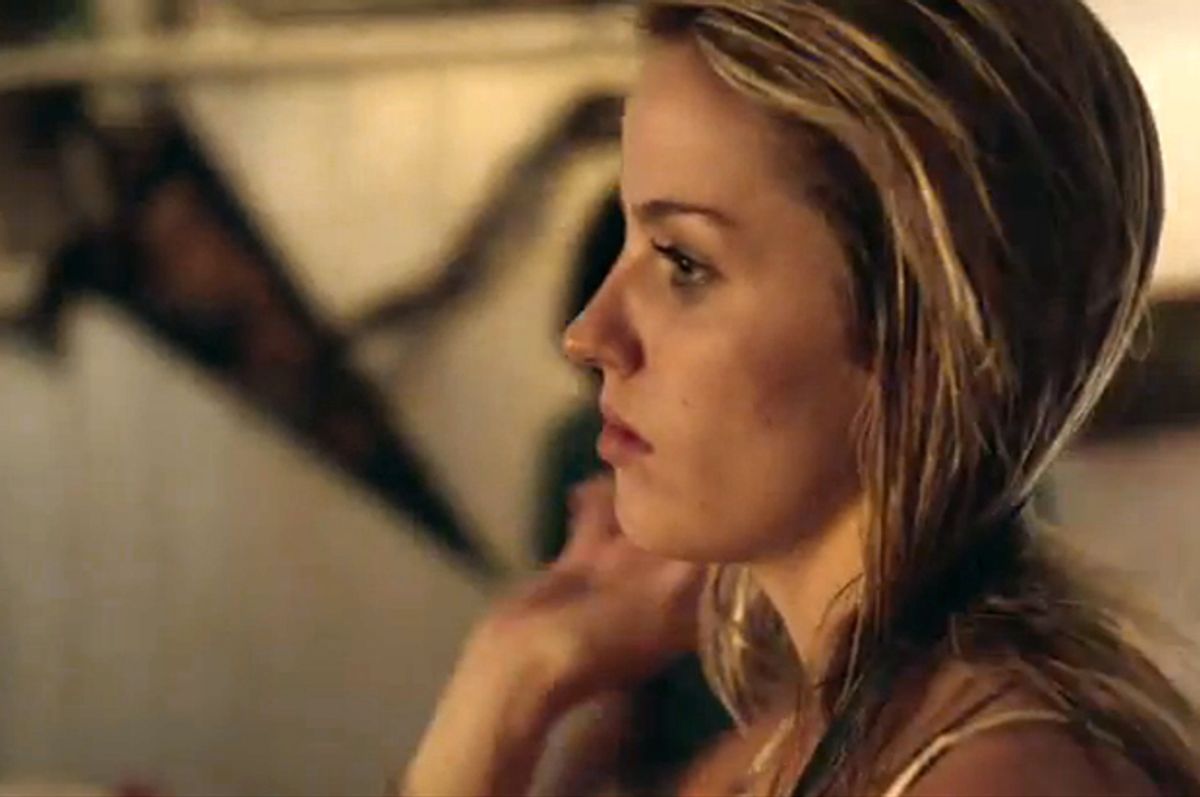 The prevailing narrative of our very real and very damaging problem of sexual assault in our colleges and universities is that it's something women -- and women alone -- need to fix. They should practice their "anti rape faces" in the mirror. They should stop reveling in their "coveted status" as assault victims. They should definitely seriously consider how reporting a rape is going to adversely affect the man who raped them. Men, meanwhile, are still rarely called upon to do anything at all about their behaviors and attitudes. So let's keep trying to change that.

The White House's latest push in its "It's On Us" campaign to address campus rape, which rolled out Thursday, is a direct appeal to men to intervene to stop rape. In a new clip, narrated by Jon Hamm, an intoxicated young woman is seen taking her purse and preparing to depart a college party – until she's intercepted by a man who takes her by the arm and says, "You're not leaving, are you?" But as the camera pans to another young man clutching a red Solo cup and watching the proceedings from the couch, the focus changes. "This isn't a PSA about a sexual assault," Hamm says, "it's about being the guy who stops it." And with that, the guy gets off the couch.

It's an efficient bit of storytelling, a plea against passivity. As Obama adviser Valerie Jarrett tells BuzzFeed, "Bystander involvement can be very important, and oftentimes men underestimate other men’s attitudes toward violence. They don’t understand that other men are opposed to violence too ... It's a whole new paradigm, because what we’re saying is that everyone has a role to play, and the responsibility should not simply be shouldered by the woman."

The idea that men can participate in preventing sexual assault is such a novel one that when Zerlina Maxwell put forth that very simple notion on "Hannity" last year, she was met with widespread skepticism and derision. Yet involving men in sexual assault prevention works. A 2011 Canadian campaign called "Don't be that guy," which spoke directly to males about appropriate behavior, was promptly followed by a 10 percent drop in sexual assault rates.

A sexual abuser isn't always a stranger with a knife hiding in the bushes. The person can be a buddy, a classmate, a boyfriend. It can be someone we trust – particularly in moments when we're most vulnerable. As Maxwell told Salon last year, "Those kids in Steubenville were average guys." We need to change the conversation to train both men and women to recognize and head off potential assaults before they happen, to understand that rapists don't exactly walk around in "I am a rapist" T-shirts. Women shouldn't be the only individuals who care about and work toward stemming the tide of sexual assault. In the words of Jarrett, "The only way you’re really going to change behavior is to change a culture of what’s acceptable behavior and what’s not acceptable."

Campus Rape It's On Us Jon Hamm Sexual Assault