Sorry, Lindsey Graham, but the GOP already has an environmental policy: To destroy it

The senator believes his party needs to develop an "environmental policy." This is unlikely! 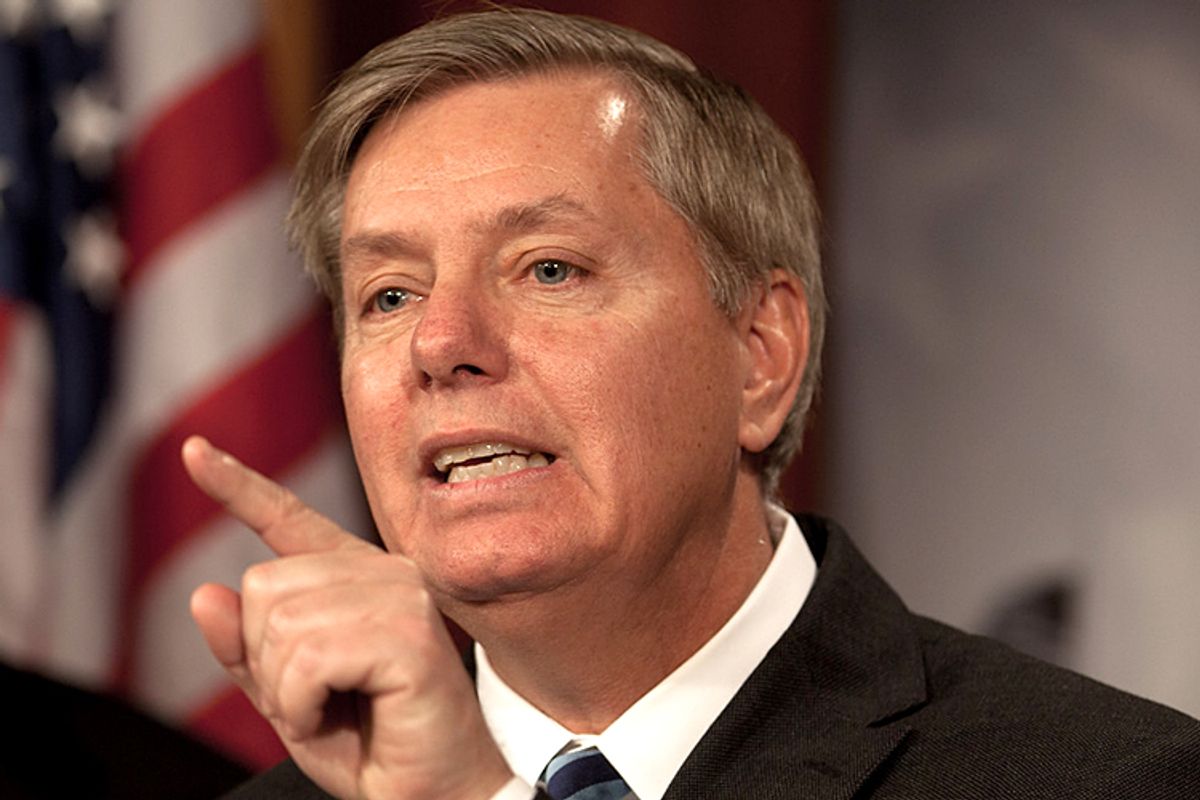 Sen. Lindsey Graham is fresh off a successful reelection and has plans, big plans, for the Republican Party. He won't have to worry about irritating the right flank of his party for years. He's free to talk up certain RINO issues of importance to him. Among these issues is climate change.

Lindsey Graham believes in man-made climate change. Well, sometimes. It depends on the election calendar. In 2009-2010, Graham worked with Sens. John Kerry and Joe Lieberman on a cap-and-trade bill. Once he realized that the issue has zero support within his party, though, he withdrew support from his own proposal and somehow blamed Harry Reid.

Now he's back on the wagon, Roll Call reports. He's talking up the need for the GOP to develop an "environmental policy" ahead of 2016, when the electorate will include more young voters who have a long-term stake in ensuring Planet Earth isn't completely destroyed:

Senate Republicans were swept into power vowing to fight the White House’s “war on coal,” but at least one says they need a broader message than “no” in 2016.

Graham, who worked on a climate change proposal in 2010 with Sen. John Kerry, D-Mass., suggested that what worked in the midterms might not work the next time around.

Graham doesn't give his party enough credit here. The Republican party has a fairly strong environmental policy: burn it down! Down down down, into the ground, and then burn the ground too.

The incoming Senate majority leader, Mitch McConnell, just won reelection by harping on President Obama's "War on Coal." When Obama announced his new climate accord with China after the election, McConnell and the rest of his party ran around with their heads on fire. The EPA is set to unveil a host of new regulations over the next couple of months. Even if the Republican party were to let the administration's upcoming action on immigration slide -- it won't -- funding for the EPA would present its own shutdown threat(s) over the next year.

And then let's consider the incoming chairman of the Senate Environment and Public Works Committee. Oklahoma Sen. Jim Inhofe considers climate change to be a great hoax -- nay, the greatest hoax. We know this because he wrote a book a couple of years ago called "The Greatest Hoax: How the Global Warming Conspiracy Threatens Your Future." He believes climate change is the invention of the United Nations, designed to "shut down the machine called America." This is the sort of guy Jim Inhofe is. He's the sort of guy who builds an igloo with his grandchildren in a snowstorm and affixes a sign to it reading, "AL GORE'S NEW HOME." Because a snowstorm disproves the existence of climate change, etc.

Even Graham, in this same interview where he's talking about the need for the party to come up with a climate change plan, can't resist taking a shot at Al Gore.

Graham said he understands why many Republicans see the issue as more political than substantive, but he is urging the GOP to take the issue on rather than cede it to Democrats.

“Al Gore has made this into a religion; I can understand why people rebel against it, but to me it’s not enough to say that you think they are all wet when it comes to climate change,” said Graham, who easily won his re-election after facing a tea party challenger this year in the GOP primary.

“The Republican Party needs to define what are you for.”

The process by which the Republican Party will define what it's for ahead of 2016, with regards to the environment and everything else, will be the Republican presidential primary season. And all incentives suggest that the definition around which candidates will coalesce is "eliminate the EPA." This will likely become Graham's position, too, as he tries not to meddle with official party messaging.