The Ferguson library gives a lesson in community

Schools close after unrest, but a local library steps up 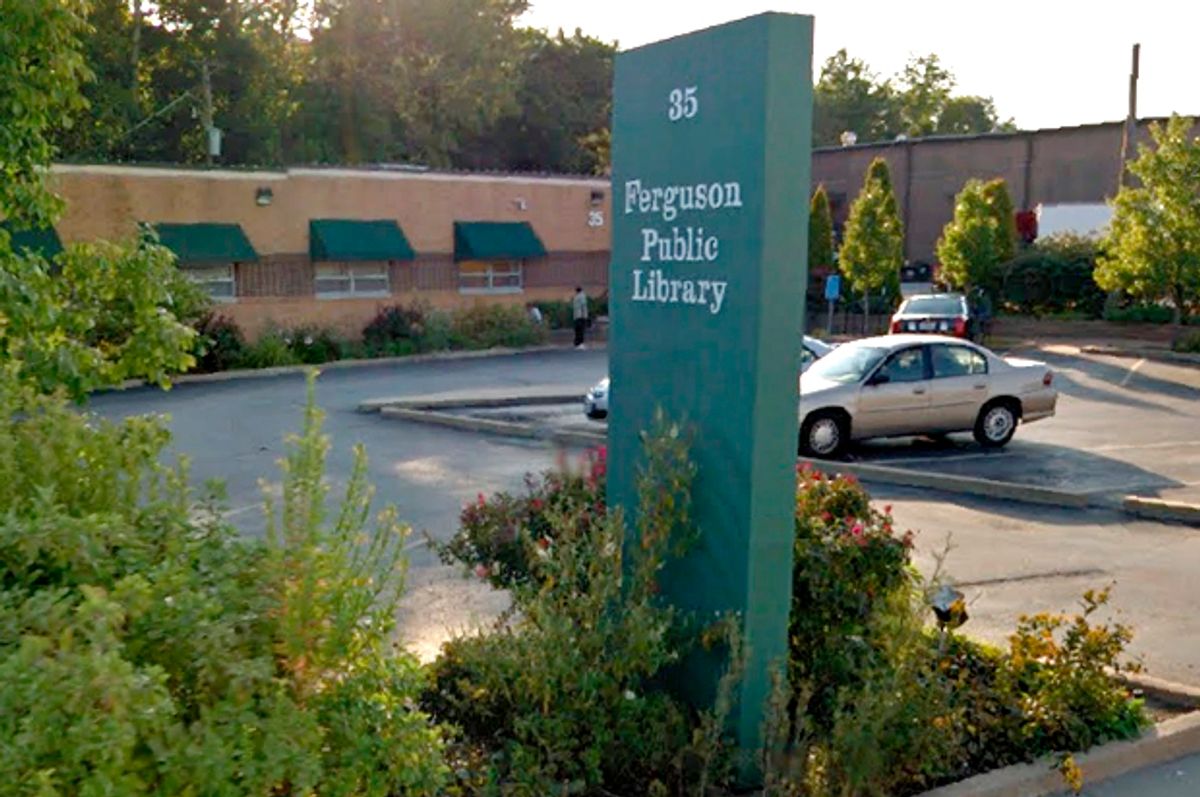 What you need right now, at this particular moment in American history, is a story that doesn't stoke your feelings of rage, depression and moral exhaustion. And I am here to give it to you. Thank God for libraries.

In the tumultuous aftermath of the announcement Monday evening of a Grand Jury's decision not to indict officer Darren Wilson in the shooting death of Michael Brown in August, many public services in the Ferguson area have shut down. But not the Ferguson Municipal Library. As it announced on Facebook and Twitter Monday, "Because of the Grand Jury decision, many organizations will be closed, but the Ferguson Municipal Public Library will stay open as long as it is safe for patrons and staff. If the Ferguson-Florissant schools close, we will be hosting activities for the children. We will do everything in our power to serve our community. Stay strong and love each other."

As events unfolded Monday, the library updated its information that the schools would indeed be closed, and asking for donations and volunteers to assist in the activities it has planned for the next few days. It added, "Please attend tomorrow evening's book trade event at the library. Our teen council has worked very hard to put this together, and we would hate to disappoint these enthusiastic young people." It's a simple statement, but one with so much poignant meaning in the aftermath of the death of an unarmed 18 year-old.

The library's social media feed is a beacon of love and community. There's a tweet from earlier in the month showing a photo from outside that says, "Stay strong Ferguson," a lighthearted video tour of the facilities promising, "NOW with SUPER SHAKY CAM," and recent photos of the staff in Halloween costumes. Last month, the library became one of the hosts of the Alliance of Black Art Galleries' "Hands Up Don't Shoot: Artists Respond" project. In August, when Ferguson was in turmoil and schools were closed down, the library became an "ad hoc school on the fly" where students were taught by "working and retired teachers" and other volunteers. It has in the past few months actively worked to diversity its collection by embracing a "Books for Ferguson" drive.

Library director Scott Bonner couldn't have imagined what he was in for when he assumed his post just in July. But in August, he told Library Journal, "We have a dramatic moment, and a dramatic circumstance caught the nation’s attention, but this is exactly what libraries do every day." And what they do is to create a safe and welcoming space, where everyone is welcome to come and meet, to learn, to explore. As the library describes itself, it's "dedicated to making the City of Ferguson a rewarding, attractive, and pleasant place in which to live, visit, and work." In a country wracked with grief and strife today, our libraries are still an oasis of community, and as Rachel Maddow says, our librarians are trained democracy superheroes. At last month's opening of the art exhibit, Bonner told the audience, "I believe, in the end, we will stand united. Because, in the end, we are family." Thank you, Ferguson Municipal Library. Thank you, libraries everywhere.