"Just as much, if not more responsibility is on the black community" 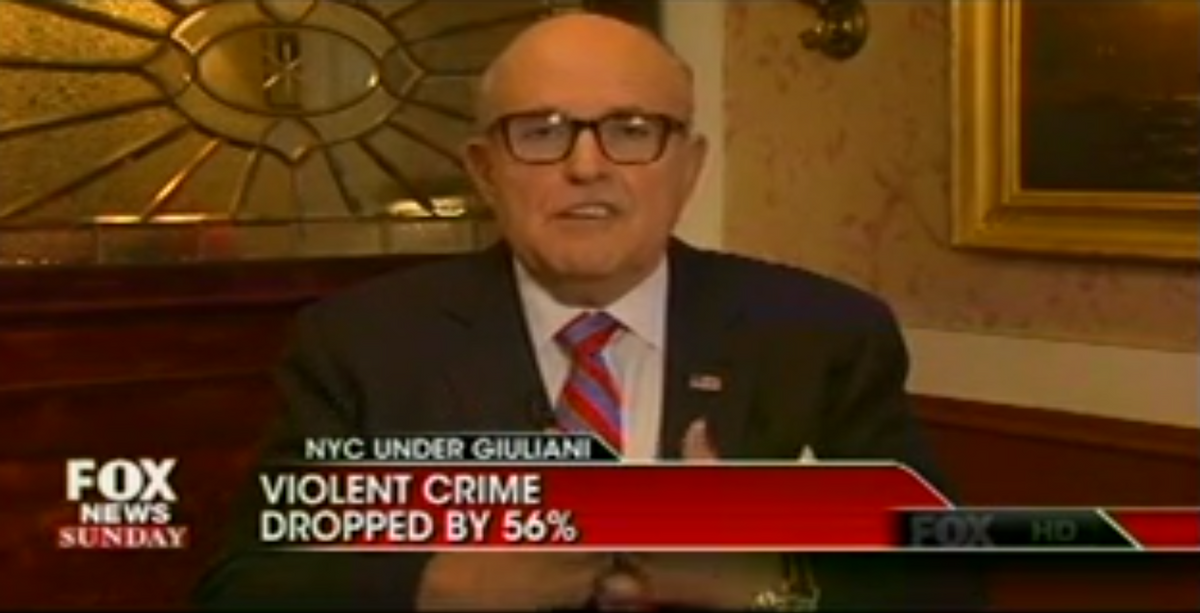 As the country reels following a grand jury's decision not to indict Ferguson, Missouri, cop Darren Wilson for the death of Michael Brown, former New York City Mayor Rudy Giuliani has suddenly been granted a national platform from which to air his prejudiced views. On Sunday's edition of "Fox News Sunday," Giuliani was given that platform yet again.

Host Chris Wallace referenced a poll that found that 70 percent of black people feel that people of color are treated less fairly than white people when dealing with the police. The same poll found that only 37 percent of white people agree. Wallace asked: "Do you think that blacks have a legitimate complaint about racial discrimination by police in their communities?"

Giuliani said he did think that cops treated minorities unfairly, and then he said this:

But I think just as much, if not more responsibility is on the black community to reduce the reason why the police officers are assigned in such large numbers to the black community. It's because blacks commit murder eight times more per capita than any other group in our society. And when I assigned police officers with Commissioner Bratton and Commissioner Safir, we did it based on statistics. We didn't do it based on race. If there were a lot of murders in a community, we put a lot of police officers there. If I had put all my police officers on Park Avenue and none in Harlem, thousands and thousands more blacks would have been killed during the 8 years that I was mayor.

The argument that black-on-black crime is the major problem facing black Americans today is an oft-invoked refrain, useful for shifting the blame for a specific incident from a person to a culture. In a 2013 article for the Daily Beast, Jamelle Bouie argued that black-on-black crime doesn't even exist -- from 1976 to 2005, 94 percent of black victims were killed by black people, he writes, but the same is true for white victims. In the same period of time, 86 percent of white victims were killed by white people. FBI figures indicate that robbery, "serious property offenses" and violent crime committed by young black people are at their lowest rates in 40 years.

"While it's true that young black men are a disproportionate share of the nation's murder victims, it's hard to disentangle this from the stew of hyper-segregation (often a result of deliberate policies), entrenched poverty, and nonexistent economic opportunities that characterizes a substantial number of black communities," Bouie wrote. "'Black-on-black crime' has been part of the American lexicon for decades, but as a specific phenomenon, it's no more real than 'white-on-white crime.' Unlike the latter, however, the idea of 'black-on-black crime' taps into specific fears around black masculinity and black criminality — the same fears that, in Florida, led George Zimmerman to focus his attention on Trayvon Martin, and in New York, continue to justify Michael Bloomberg’s campaign of police harassment against young black men in New York City."