Optimisms for a global deal are tempered by "reality of science" 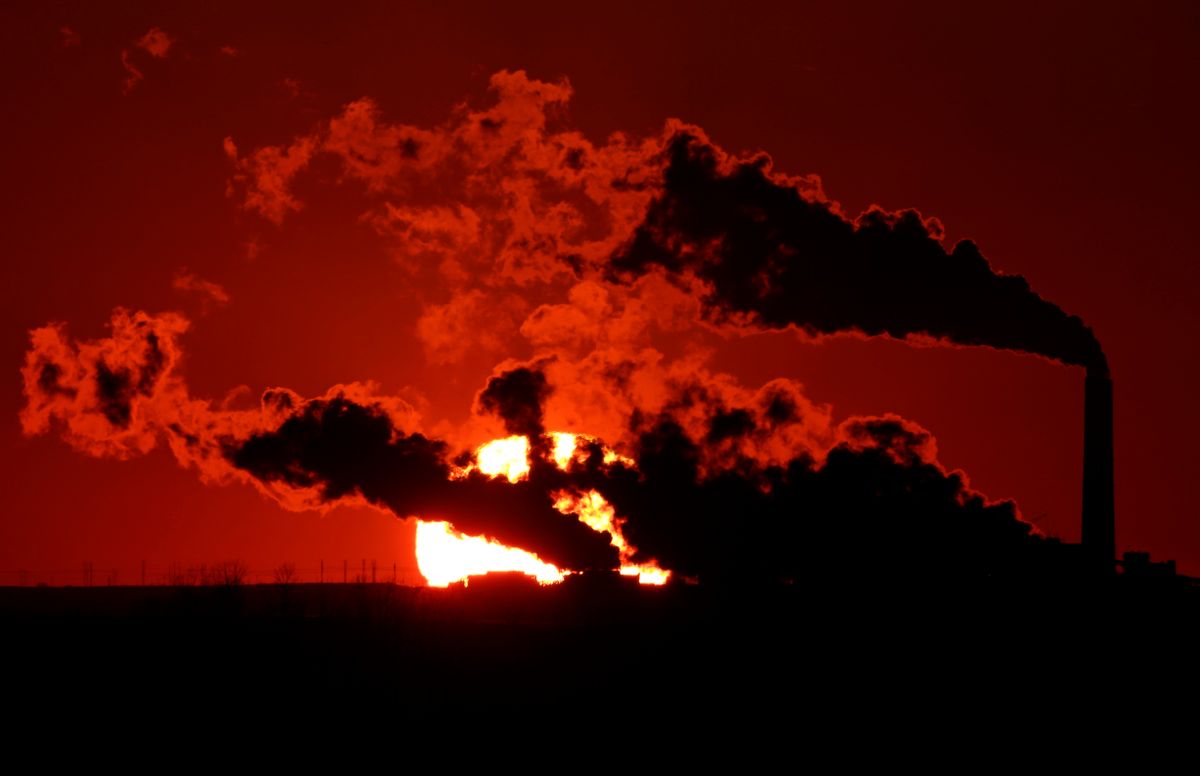 FILE- In this March 8, 2014 file photo, steam from the Jeffrey Energy Center coal-fired power plant is silhouetted against the setting sun near St. Mary's, Kan. A groundbreaking agreement struck Wednesday, Nov. 12, 2014, by the United States and China puts the world's two worst polluters on a faster track to curbing the heat-trapping gases blamed for global warming. Energized by these new targets set by China and the United States, the worlds top climate polluters, U.N. global warming talks resume Dec. 1, 2014 in Peru, with unusual optimism despite evidence that human-generated climate change is already happening and bound to get worse. (AP Photo/Charlie Riedel, File) (AP)
--

As global climate talks kicked off Monday in Lima, Peru, Rajendra Pachauri, the chair of the U.N.'s Intergovernmental Panel on Climate Change, stepped forward to remind delegates of just how much is at stake in the negotiations. The world, Pachauri warned, has already used nearly two-thirds, or 65 percent, of its carbon budget, the approximate amount of greenhouse gases we can emit into the atmosphere if we want to maintain a reasonable chance of remaining below 2 degrees Celsius of warming.

We don't have much left to work with. And crucially, given the way we're growing, we're running short on time: “Science cannot tell us" what constitutes dangerous emissions levels, Pachauri continued -- negotiators will have to determine that for themselves. But, reiterating the findings of the IPCC's Fifth Assessment Report, he stressed that if we're going to take the previously agreed upon goal of 2 degrees seriously, emissions are going to have to peak as soon as humanely possibly, and be down to at least zero by 2100. The alarmist-sounding prediction, coming from a group that has every reason to be as conservative as possible, is that even if we achieve that goal, some of the impacts of climate change will nonetheless "continue for centuries.”

While Pachauri's "reality of science" may have tempered the mood for the two weeks going forward, negotiators and observers are expressing a fair amount of optimism that these talks can result in a workable draft for a global agreement, to then be sealed next year in Paris and enacted in 2020. It's a long road, even longer when viewed from the perspective of the parts of the world that are already experiencing the effects of climate change, or when squared with the reality that the talks are taking place during what is very likely to be the planet's hottest year ever recorded. But the ambitious deal reached between the U.S. and China to lower emissions has made the outlook much rosier, NRDC climate expert Jake Schmidt recently told Salon. Between that, and the European Union's commitment to cut emissions 40 percent by 2030, he said, we made significant progress before the talks even began. The hope and expectation is that India, whose emissions are set to dramatically increase over the decades, will soon make a pledge of its own.

But it's worth remembering, now more than ever, that it's going to take “substantial and sustained” reductions in emissions, on a global level, to keep things from getting much hotter -- and to lessen our odds of climate catastrophe: