It's been a long time coming, but Temple finally breaks free of the comic 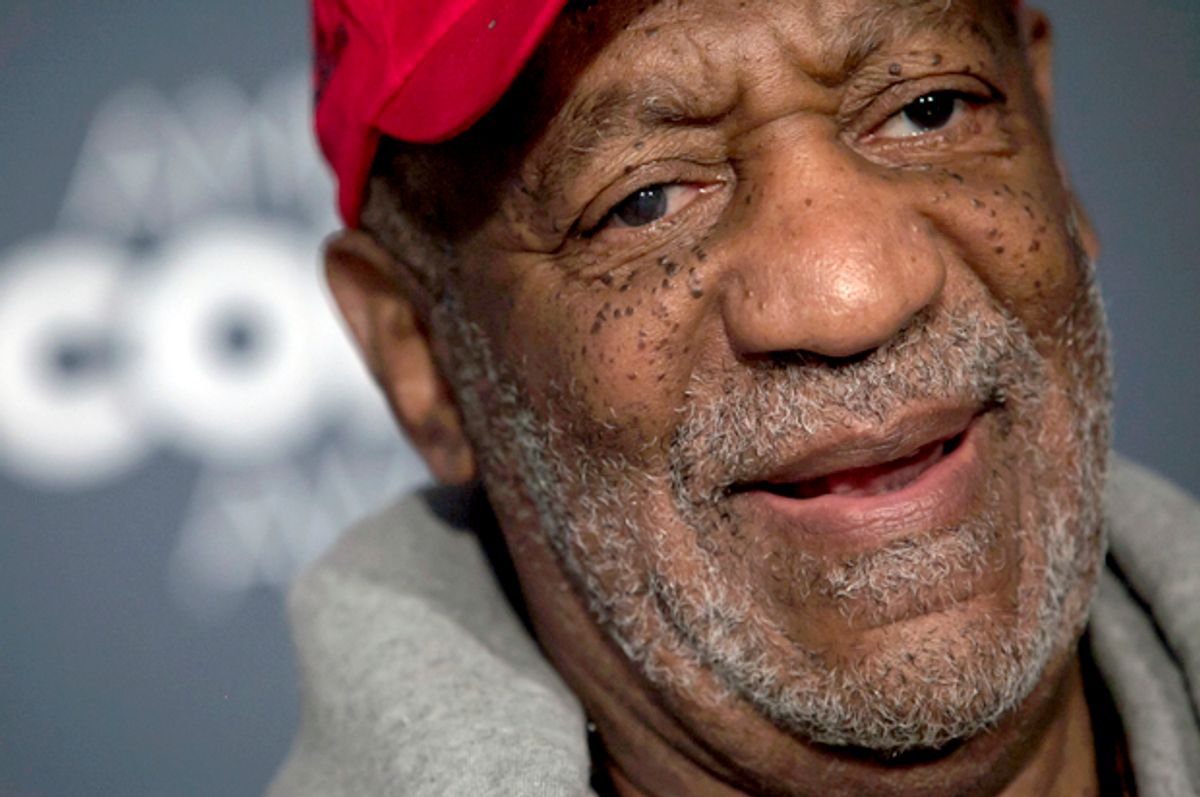 The charges against Bill Cosby just keep piling up – and getting worse. On Tuesday, a California woman filed a lawsuit against the comic, claiming that he sexually assaulted her 40 years ago, when she was just a 15-year-old girl. The now 55-year-old Judy Huth says that he gave her and a friend alcohol, brought them to the Playboy mansion, and "proceeded to sexually molest her." Though the case does not fit into the California statute of limitations for sexual abusive, Ms. Huth has asked that it be waived because as her attorneys say, "This traumatic incident, at such a tender age, has caused psychological damage and mental anguish for plaintiff that has caused her significant problems throughout her life."

Though Cosby and his camp continue to deny all allegations of sexual misconduct, the sheer number of women who have come forward in the past several weeks has made a significant dent in his public persona. His NBC pilot, Netflix special and even his TVLand reruns of "The Cosby Show" have all been dropped. But to me, the final nail in his career coffin came earlier this week when he severed ties with the one place that's always most strongly identified with him: his alma mater, Temple University. It was less an ugly breakup than a conscious uncoupling. After weeks of public pressure – and an online petition -- for the university to drop him from its board of directors, he finally resigned Monday.

For those of us who went to Temple, Cosby has long been the face of our school. Temple, the sprawling, diverse Philadelphia institution, is far from Ivy League. It doesn't possess the niche cachet of an MIT, the old world prestige of a Bennington or a Vassar, or even a particularly glorious roster of sports teams. It doesn't count presidents or Oscar-winning actors among its alumni. Hall & Oates went there. Bob Saget too. It's that kind of place. It's just a good school for middle-class people.

I was at Temple during the height of the "Cosby Show" era. It wasn't exactly the kind of show college kids watched -- at least, not those who weren't Lisa Bonet obsessives – but it was a point of pride when Cliff Huxtable would display a Temple logo in his office, or wear a Temple shirt. And for many of us, for years after, it was a continued point of pride. While some of our peers may, even now, play the "Oh, I went to school in Boston. Well, not Boston, outside of Boston, you know," game into infinity, we Owls have long just said, "Temple," and other people have responded, "Right, Cosby," and that has been good enough.

That changed in 2005, when Temple employee Andrea Constand reported that Cosby had sexually assaulted her, a charge that ended in a 2006 settlement. It's changed far more dramatically in recent days as far more women have told their stories. Mostly women whose accounts of their encounters with the comedian occurred when they were very young. College age. Or younger. Suddenly, the comic's long-standing devotion to his alma mater now looks more like an obsession with women of the age range of its student population. And now, as the mother of a teenager myself, it makes me ill to think about.

In his resignation statement Monday, Cosby declared, "I have always been proud of my association with Temple University." But Temple University can no longer be proud of Bill Cosby. In retrospect, it's deeply unfortunate the college didn't end its relationship with him back in 2006, that it chose to continue to promote him as its institutional face long after he'd reportedly sexually assaulted one of its own. But now, if Temple needs a new image, let it be proud of Andrea Constand, because her brave choice to come forward nearly a decade ago set in motion the revelations that are continuing today. And from now on when I tell people I went to Temple, I'm going to tell them it's the place where Bill Cosby's good guy façade first began to unravel.