The comedian on his new documentary, having Sam Kinison as a babysitter, and dealing with trolls 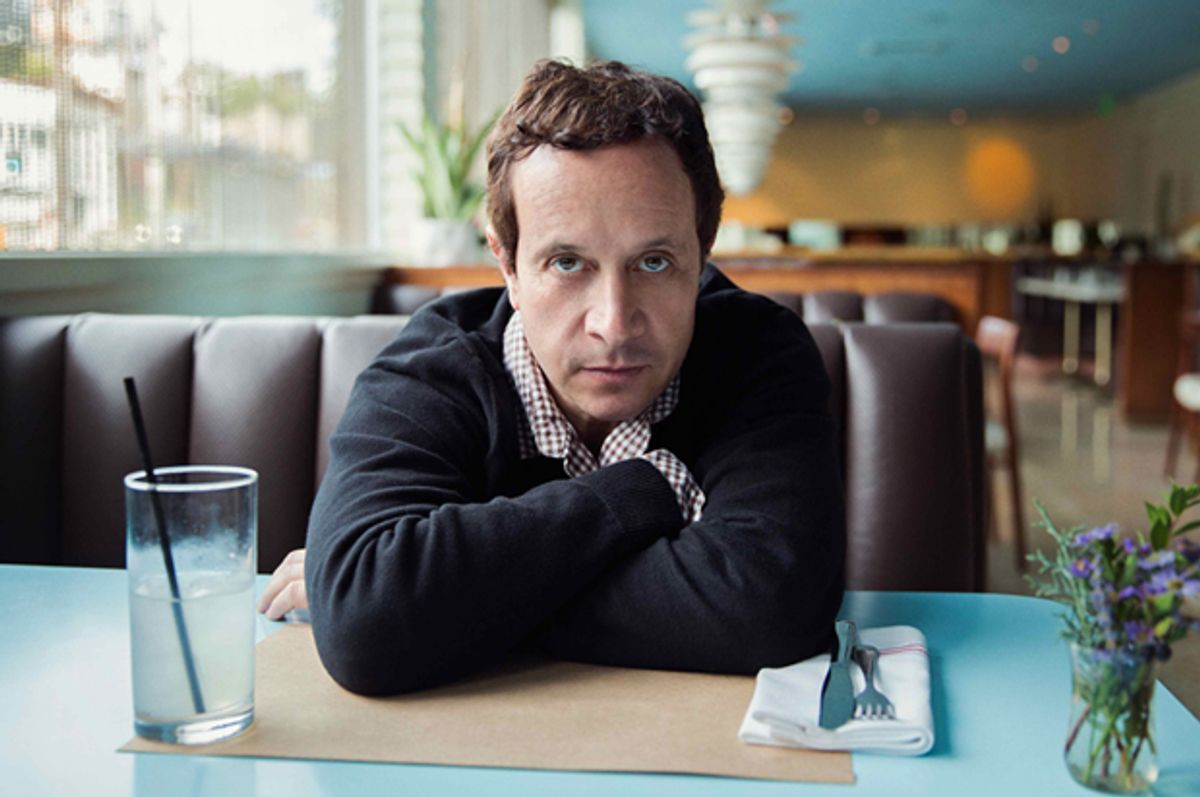 Comedian Pauly Shore directs and stars in the candid new documentary “Pauly Shore Stands Alone,” which just aired on Showtime. The film chronicles Shore’s tour of small clubs through snowy Wisconsin and Minnesota -- but more poignantly shows him caring for his ailing mother, Mitzi. She started The Comedy Store in Los Angeles, and is now struggling with Parkinson's disease and dementia.

Shore presents himself in both positive and honest ways. His interaction with a “superfan” named Courtney is memorable and oddly touching. But as he also reflects on his parents (who divorced when he was young), his own aging and his enlarged prostate, as well as his difficulty getting laid while on the road.

Essentially, the film shows how the comedian’s life has downsized. Far from being the Big Star he once was, Pauly now leases his glamorous house in the hills with its infinity pool, and plays clubs that are adjoined to bowling alleys or inside cinemas.

Shore, on the road, spoke with Salon about his life, his comedy, his prostate and his celebrity.

What prompted you to make this film and document this tour now?

When I did this tour, I was going through a lot of shit with my mom, and I wanted to be alone. Living with my mom, and her being sick and my having to leave her — I wanted to express that. My story is the same as a lot of people’s who are in their forties and fifties dealing with their elderly parents. I think that the towns I toured emphasize my being alone and on the road by myself.

You have a tremendous love for your mom and the life she gave you. This film is a tribute of sorts to her. What was it like to care for her?

My siblings [two brothers, one sister] have a great relationship with my mom, but they don’t live near her. I’m the person who cares for her. They visit and call her. I feel that she gave me an awesome life and I want to do what I feel that she would want at the end of her life: treat her with dignity and take care of her. She deserves it. It is like AA, in that [caregivers] form a community that relates to each other. And you see that in the film when I run out of gas and go into a beauty salon where a woman says to me that even if your mom doesn’t remember who you are, you remember who she is.

Yes, I loved that moment! What can you say about your relationship with your fans, especially your superfan, Courtney?

I look at me from their point of view. If they see me, what’s important to them is that they grew up with me. I was part of their youth, and they watched my movies. They want to see a good show and laugh, but a photo is more important to them. I appreciate their support. It’s reciprocal. With Courtney, it’s weird that she made me a shirt, but it was cool to take her out and bring her down to the normal level and leave her with the experience that I’m a normal person.

How do you deal with haters?

Being in the business, you have to expect being ridiculed. You get haters. When I was younger I was more affected by the negativity. Now that I’m older, in my forties, I don’t pay attention to it. I’m on Twitter and I see some of the comments; 90 percent are positive, but you click on haters and you see they have two followers.

You address aging issues — grinding your teeth, frequent urination and even body issues. What have you learned about getting older?

You don’t have a choice. You have to work out and sweat and eat good foods.

Has your prostate condition improved since filming?

I think so. I haven’t had to pee since we’ve been on the phone! What’s fucked up is that I see the pee [product] commercials on TV, and I’ve tried things and they haven’t worked. When my work slows down, I’ll go back to my doctor. Hopefully, I won’t have to pee in a bottle like I did backstage in the film!

You want to get laid in the film. Do  women seem to feel that they know you from your work and not as a person?

I think that’s a great question! But the answer is, every guy uses something to get laid: a job, a car, a dog, or money. People get impressed. My brother Scott uses his dog. After you get laid, though, a week or two later, you’re stuck: you either like or don’t like that person.

You express concerns about not having kids or a family, that the concept of “home” is still your mom and your dog and not a wife and kids. Can you talk about “settling down?”

I like that I have no one to answer to. No responsibility, except my mom. There’s something great about that, but at the same time, do I want to never experience having kids? I am scared — financially, and responsibility-wise. But at the end of the day, you have one life and you want to look back and say you did all these things. I want my epitaph to read, “Pauly Shore is spent. He did everything.” I have this girlfriend I’ve been seeing, and we talk about having kids. She’d be a great mom. She’s not asking to be married. You’ve got to do what works for you. But I also like vagina. I like meeting new girls everywhere I go. It’s not even about sex — it’s about getting coffee with them.

The scene that was most poignant for me was when you were in the go-kart. It was your one innocent, carefree moment in the film — a release.

It’s great you picked up on that! I think when you are younger, you do more of those things: Let’s go to the arcade, or go-kart racing. But when you’re older, it’s gym, CNN, Starbucks — your routine. That scene was about being free, like a child, and just thinking about having a good time. Being on the road, that’s what I used to do on tour, go do fun activities.

How long does it take you to prepare your act?

I just go up on stage with a notebook. I fold new material in. For me, it’s important to prepare before you go on, but also not to prepare. If I’m too restricted — in a script — that’s not who I am. If I’m carefree, I’m all over the place; 50 percent of what you saw in the film was me being spontaneous.

What is something folks might be surprised to learn about you, given the impression people have of “Pauly Shore”?

That I’m sensitive and caring as you saw in the film. I’m not so pro-drugs. On stage I ask: How fucked up do I look? But that’s what’s fucked up — that I’m not fucked up! But this is what happens when your parents divorce when you are 3 and you have no parental supervision. My dad was on tour, my mom was with comics. I was a kid who never got grounded. Sam Kinison was my babysitter!

That’s amazing! What's the best story anyone could tell about you?

That I have a big penis?! No, I’d have to say that I’m a super hard worker. Ask my assistant and my agent. I’m motivated by the content, not the money.