"She's Beautiful When She's Angry": The feminist revolution that shaped our world

All the anger, joy and turmoil of the '60s-'70s feminist explosion comes alive in a vivid historical documentary 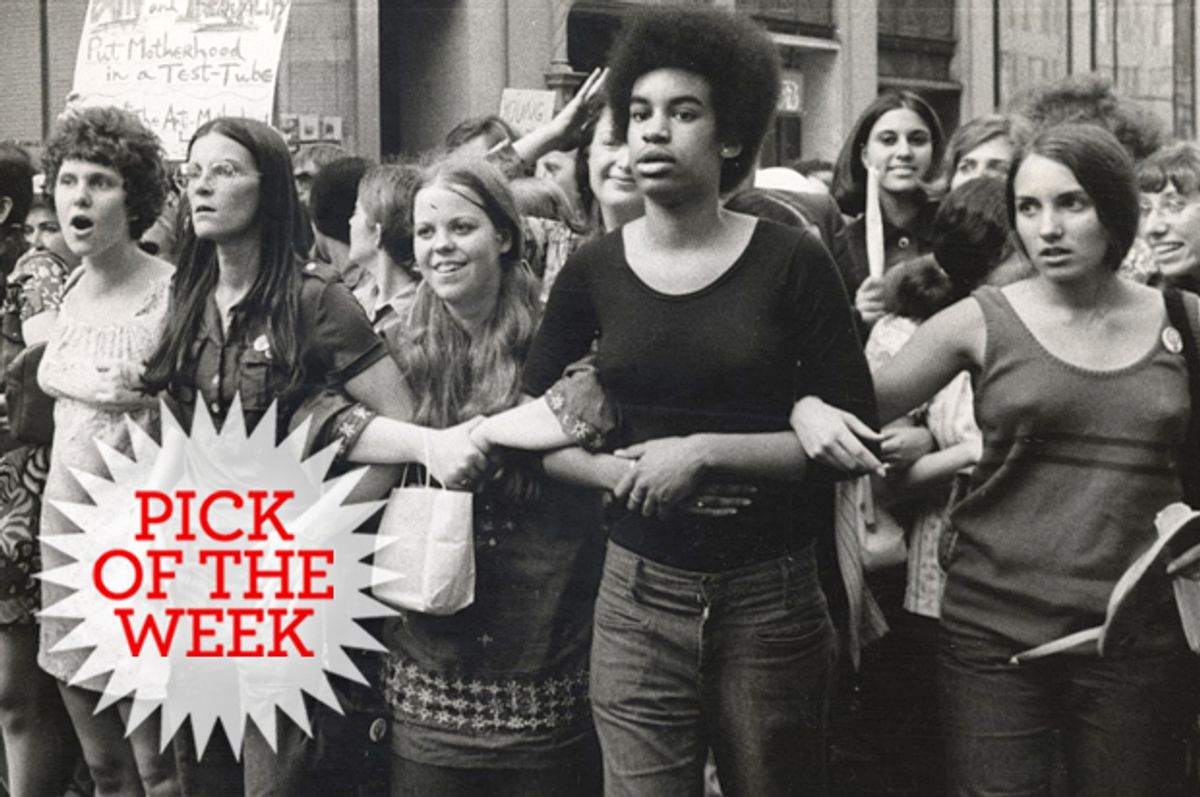 “We thought we had won a great victory,” muses the pioneering feminist writer Kate Millett, thinking back to the one-day Women’s Strike of August 1970, which marked the 50th anniversary of women’s suffrage with huge marches and rallies in numerous American cities. And so they had, of course. The only fair conclusion one can draw from Mary Dore’s fascinating historical documentary “She’s Beautiful When She’s Angry” is that Millett and her feminist comrades succeeded in changing the world, and in shaping the lives of all women and all men who came after them. As we can see now, in a world still struggling with the effects of that revolutionary period, not all the change came in the direction they were hoping, or took the form they expected.

Today we are nearly as far away from the women’s movement of the early ‘70s as the feminists of that era were from their suffragist forebears. Those with a solid background in women’s studies or ‘60s history may find much of the archival material in “She’s Beautiful When She’s Angry” familiar, but Dore combines that stuff with a series of delightful, reflective present-day interviews with survivors of that era. We learn how a handful of curious young feminists in Boston produced the global phenomenon of “Our Bodies, Ourselves,” how female activists in the African-American and Latino communities summoned up the courage to challenge sexism within the Black Panthers and the Young Lords, and how one Chicago dorm room became the epicenter of a nationwide network of illegal abortion referrals.

Dore does not gloss over the ideological excesses or internal quarrels of feminism, but more than anything else she captures the excitement of that era, the growing sense of solidarity as more and more women discovered that their dissatisfaction was not an individual matter. Feminism has gone through many ebbs and flows since the early ‘70s, and Dore makes no effort to chronicle all of them. Her history stops around 1971, even before the Supreme Court’s Roe v. Wade decision, which was both a high-water mark and the moment that launched the anti-feminist counterrevolution. But one thing we can say for sure is that second-wave feminism permanently shifted the cultural context.

As historian Ruth Rosen says in the film, she earned a Ph.D. in the ‘60s while learning nothing about women’s history, women’s culture or women’s literature. We will never go back to those days again, nor to the era of sex-segregated employment ads (we see one, in the New York Times, seeking a receptionist with “a good figure”) or bars and restaurants that admitted men only. Most women work outside the home, and most men pitch in sometimes with diaper-changing and dishwashing. That may strike many people (especially many women) as partial or inadequate change, but it’s an enormous difference from the imprisoned gender roles of the 1950s.

Still, the utopian dreams of the women’s movement have obviously not been fulfilled. In 1970, Millett and her peers imagined that our society was poised on the brink of a new age of genuine equality between men and women, an age of universal childcare and universal access to birth control and abortion, an age of equal pay for equal work. They presumably did not imagine a world in which women have been thrust into the workplace as a matter of sheer economic necessity, and in which corporate capitalism has embraced the language and stance of feminism and turned them to its own purposes. As several activists ruefully observe in “She’s Beautiful When She’s Angry,” we have almost certainly gone backward on reproductive rights and childcare issues since 1973. I had no idea, for instance, that Congress actually passed a comprehensive anti-poverty law in 1971 that would have created a nationwide network of day-care centers. (Richard Nixon vetoed it, saying he didn’t want American women to be like Soviet women.) Instead, four decades later we continue to struggle with the legacy of the feminist revolution – as we do with the other great social movements of that era, including the civil rights movement, the LGBT movement and the environmental movement.

If anything, the vigorous and sometimes overheated realm of Internet feminism, with its internal faction fights and its tendency to police expression, resembles a reincarnated version of the second-wave women’s movement in a new era of instantaneous electronic dialogue. It embodies the same kinds of triumphs – young women finding their voices on the Internet experience a form of public empowerment their mothers could never have imagined – and also some of the same pitfalls. It was the feminists of the ‘70s who put rape, sexual harassment and domestic violence on the nation’s moral agenda as important questions of power and politics. Today’s feminists have called protected male celebrities like Bill Cosby or Woody Allen or Ray Rice to account for their alleged or admitted misdeeds, and have sparked widespread discussion of “rape culture” and the persistence of misogyny.

Let me say right here that I know I’m on shaky ground talking about these issues in sweeping, general language, or discussing the history-shaping struggle depicted in “She’s Beautiful When She’s Angry” as if I stood at some neutral, dispassionate distance. That’s a fundamentally male rhetorical strategy (or so some people would say). So let me try a feminist tactic: I actually do have an odd personal connection to the remarkable history recounted in Dore’s film, because my mother taught for many years at Mills College, a center of West Coast feminism, and I grew up on the fringes of the women’s movement. There are at least six interview subjects in “She’s Beautiful When She’s Angry” whom I’ve met or I knew growing up. Susan Griffin, the author of “Woman and Nature” and “Pornography and Silence,” let my mom and me stay in her house for a while. Roxanne Dunbar-Ortiz, the historian, memoirist and longtime activist, was my mom’s student and later her good friend. Ellen Willis, the great feminist rock critic, was my boss at NYU.

I’m not saying that because of that background I get to mansplain at women about feminism; the point is that I was fortunate enough to grow up male in a context where I thought feminism was a normal aspect of the social ferment of those years, and I never understood it as an attack on me or something that diminished my prospects. The revolutionaries and pioneers captured so marvelously in “She’s Beautiful When She’s Angry” had more important things to worry about than their movement’s effect on boys and men of the future, to be sure. (Some indeed argued for the abolition of marriage and total separation from men, but that was never more than an intellectual splinter movement.) But those effects were profoundly important, for me and for any number of other men. Whatever mistakes have been made along the path and however the movement has been stereotyped, the essential project of feminism has always been the project of human freedom. To all those women who were kind to me back when I was the only biological male at a May Sarton poetry reading, and to so many others besides, I owe a boundless debt of gratitude.

”She’s Beautiful When She’s Angry” opens this week at the Sunshine Cinema in New York, and Dec. 12 at the Nuart Theatre in Los Angeles, with national release to follow.