The new "In Cold Blood" revisionism: What if Capote's classic wasn't fully true?

From "In Cold Blood" to "Serial," the criminal justice system is founded on true-crime storytelling 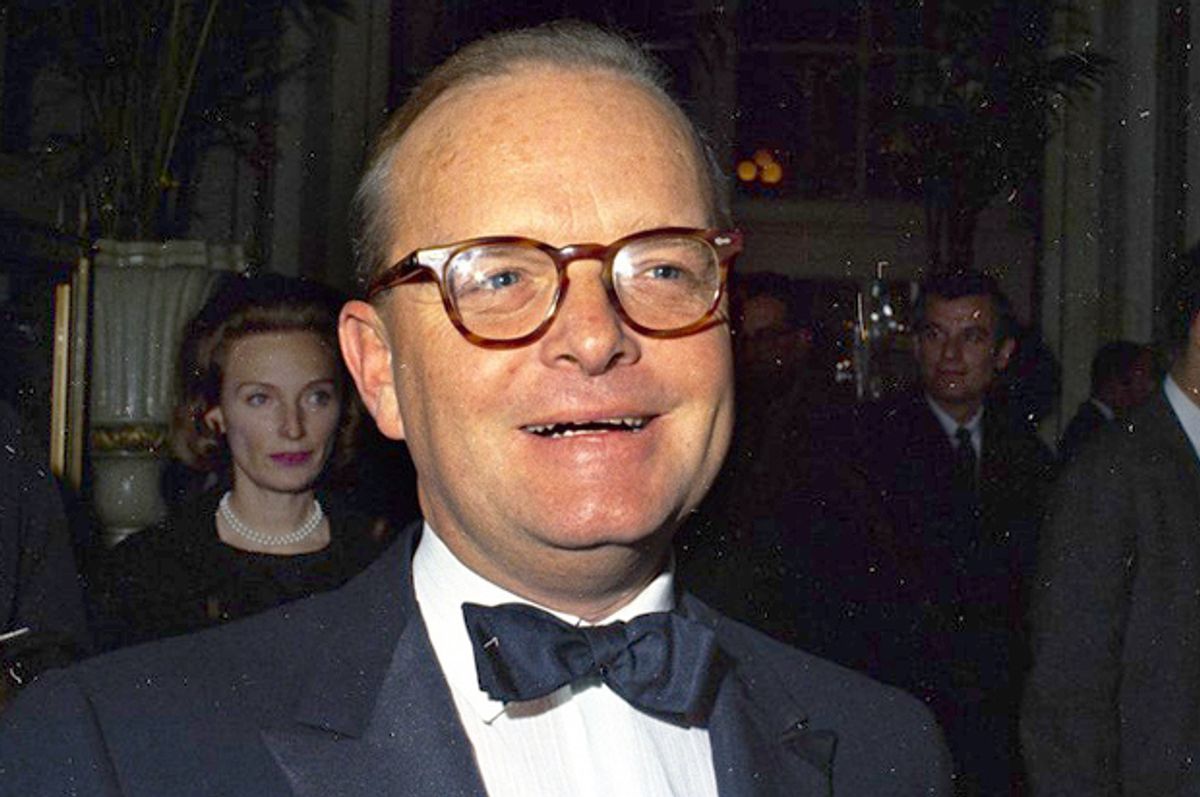 Last week, a judge in a state district court in Kansas ruled that a significant critic of Truman Capote's seminal true-crime classic, "In Cold Blood," can finally have his say. He'll have to do it from beyond the grave, however, because Harold Nye, an agent for the Kansas Bureau of Investigation who worked on the case recounted in Capote's book, died in 2003. For several years, his son, Ronald Nye, has been attempting to publish information from documents and notebooks his father kept while working on the investigation. Now he's free to do so.

Harold Nye is a character in Capote's book, which recounts the 1959 Clutter family murders in Holcomb, Kansas, the successful efforts of the KBI to solve the case, and the final days of the killers, Perry Smith and Richard Hickok, who were executed for the crime in 1965. But Nye isn't the book's hero; for that role, Capote chose Alvin Dewey, the lead investigator. Capote relied heavily on Dewey for access to official records and for persuading key witnesses to agree to interviews. Dewey even helped Capote get a Kansas driver's license. A Wall Street Journal story last year reported that a recently discovered contract pertaining to the film of "In Cold Blood" listed as one of Capote's requirements that Dewey's wife receive a handsome consultancy fee from Columbia Pictures.

Ronald Nye claims that his father so objected to Capote's account of the investigation that he read to page 115 before throwing the book across the room. He also walked out of the movie. Ronald Nye and a memorabilia dealer, Gary McAvoy, told the Kansas City Star that they plan to write a book based on Nye's father's records of the investigations, a book that will contain "sensational details" that will "bring you to develop a whole new theory as to what happened in that house."

One reporter has obtained a sneak peek at some of these documents. Kevin Helliker of the Wall Street Journal wrote last year of how these and other recent revelations undermine Capote's claims that "In Cold Blood" is "immaculately factual." That Capote's book contains numerous inaccuracies and at least one fabricated scene has long been common knowledge. However, Nye's records also indicate a misrepresentation of the investigation that might have more serious implications.

As I wrote last year (see that piece if you want all the details), Dewey was slow to follow up on the lead -- a tip from a jailhouse snitch -- that would eventually bring the investigation to Hickock. Capote describes Dewey acting immediately on the tip, while Nye's records indicate that the investigator waited five days. If investigators had been on their trail sooner, Hickock and Smith might never have left the Kansas City area for Florida, where they have long been suspected of killing a family of four.

Investigators in Sarasota, Florida, hoped that exhumed DNA evidence might tie the murderers of the Clutter family to the Dec. 19, 1959, murders of the Walker family in Osprey. Unfortunately, when finally analyzed last year, the samples proved too degraded and/or contaminated to offer a conclusive result one way or the other.

From the remarks of Ronald Nye and Gary McAvoy, it seems unlikely that their e-book will shed further light on the possible links between the two crimes. But the affair of that five-day discrepancy, however minor it might ultimately be, is a pointed reminder of a truth we all too easily forget about crime and justice. The millions of new true-crime enthusiasts currently enthralled by the hit podcast "Serial" are grappling with it right now.

Much has been said about the storytelling techniques of "Serial," which comes out in weekly installments even as the show's host, Sarah Koenig, reinvestigates the conviction of a Baltimore-area teenager for the murder of his ex-girlfriend. The serialized approach teases its audience with cliffhangers, prompts its listeners to construct their own theories and invites outsiders to glimpse the tricky winnowing process of reporting.

But "Serial" also testifies to how much the criminal justice system itself is founded on storytelling. The most recent episode is in part a critique of the narrative inadequacies of Adnan Syed's defense attorney and, by contrast, the prosecution's effectiveness at invoking stereotypical stories about Muslims in the minds of the jurors. In an earlier episode, Koenig asked a former police detective about a piece of evidence that seems to support Syed's claims of innocence; why did investigators ignore it? The detective explains that once the police and prosecutors have settled on their "case" -- that is, the story they plan to tell the court about what happened -- they will only look for and collect evidence that backs it up.

Similarly, Capote erased the five-day delay from "In Cold Blood" because it didn't fit with his characterization of Dewey as a brilliant, tireless and obsessive detective. Most significantly, Dewey initially shrugged off the tip as a red herring because, according to the prosecutor on the case, Hickock and Smith as the killers didn't jibe with Dewey's own theory about the crime. “Dewey was convinced it was somebody local who had a grudge against Herb Clutter,” the prosecutor, Duane West, told Helliker.

These aren't the methods and attitudes of the police detectives we typically see on television and in the movies, or the ones we read about in most crime novels. Our favorite fictional detectives are devoted to justice above all, and they're always open-minded enough to completely reverse their theories when a persuasive piece of new evidence turns up. We consume so many of these stories that they shape and distort our perceptions of how the criminal justice system works, especially if we're fortunate enough not to have much contact with it in our own lives. Meanwhile, every week brings news of the tragic malfeasance of police officers who are wedded to toxic stories about some of the citizens they're sworn to serve.

True crime is a troubling genre, and it should be. It's about the lives and deaths of real people, people who suffered and leave suffering loved ones behind. It inevitably brings with it anxieties about lurid voyeurism because human beings have always had an unwholesome interest in such things.

But true crime is also an insistent challenge to that other, more comforting and very, very popular way of feeding such interests: crime fiction. At its best, true crime invites us to consider other versions of what happened and to interrogate our own certainties. It shows us again and again that the authorities we want to believe are dedicated to unearthing the truth are more often doggedly committed to the most useful story they can tell about what happened. Convincing and convenient stories can send someone to prison for life or let a murderer go free. And, if we let them, they can even kill.

Donna Koehn for the Sarasota Herald Tribune on the inconclusive results of DNA tests seeking links between the Walker family murders and Perry Smith and Richard Hickock.