Cher unloads on the cromnibus as only Cher can 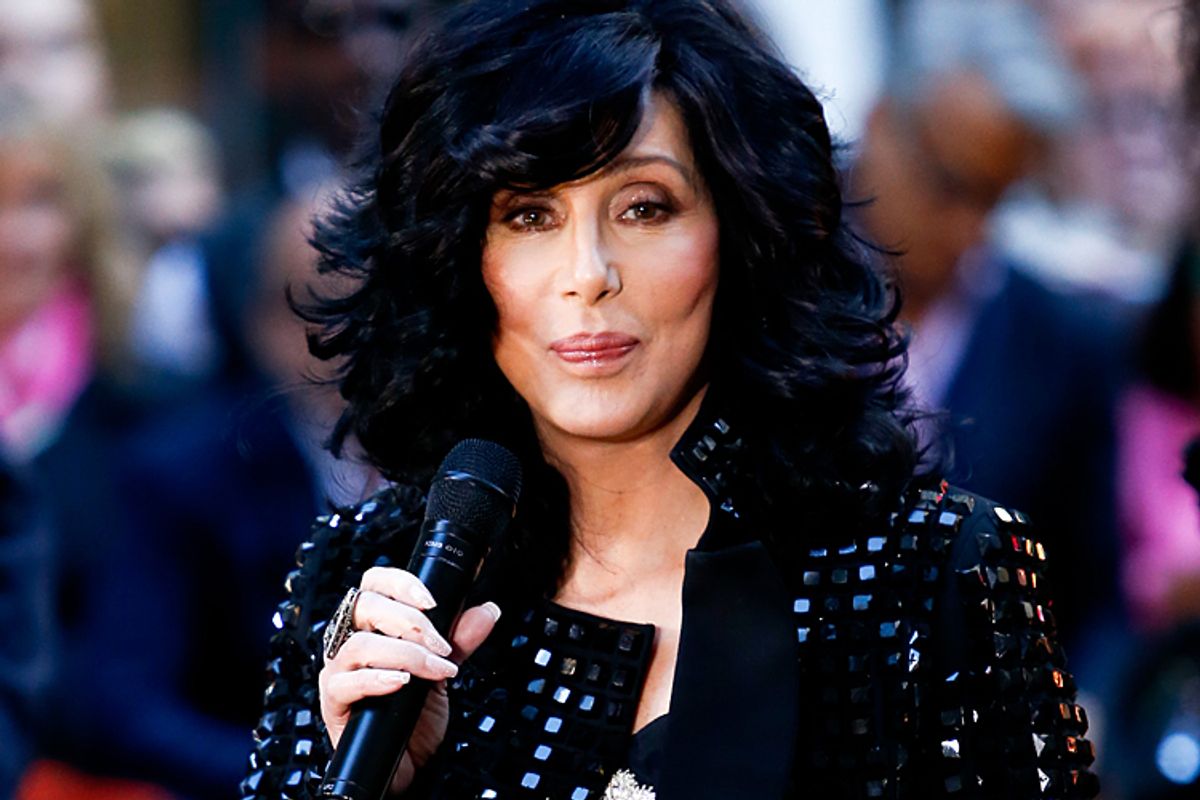 The spending bill being debated by lawmakers this evening has come under fire from a broad array of critics, from Tea Party conservatives to progressive firebrand Sen. Elizabeth Warren. The latest voice to weigh in? None other than Cher.

In a series of colorful tweets Thursday, the pop icon blasted a provision of the spending bill that repeals the so-called "swaps pushout rule" in the Dodd-Frank financial regulatory reform law. The rule targeted how banks that benefit from taxpayer guarantees can trade in risky financial products known as swaps. The policy rider repealing the rule did not receive any congressional debate before being inserted into the spending bill, and Warren has called on congressional Democrats to vote against the bill because of the deregulatory provision. The senator told MSNBC host Rachel Maddow last night that lobbyists for Citigroup "literally wrote" the provision, and Warren has railed against the spending bill on Twitter using the hashtag #CitigroupShutdown.

Cher made clear in no uncertain terms that she's not happy about Citigroup's sweetheart deal:

The singer also urged fans to contact their members of Congress about the bill, connecting the fight to protests over the police shooting death of unarmed black teen Michael Brown in Ferguson, Missouri:

The bill, which faces uncertain prospects, is known as the "cromnibus," because it combines a temporary continuing resolution funding the Department of Homeland Security, which will carry out President Obama's immigration action, through February with an omnibus package funding the rest of the government through the end of the fiscal year. Senate Appropriations Committee chairwoman Barbara Mikulski hailed the cromnibus as a "monumental achievement," but the brewing rebellion may leave cromnibus supporters wishing they could turn back time.