A "restructure" after the "Blackfish" controversy, but the company still takes care of its own 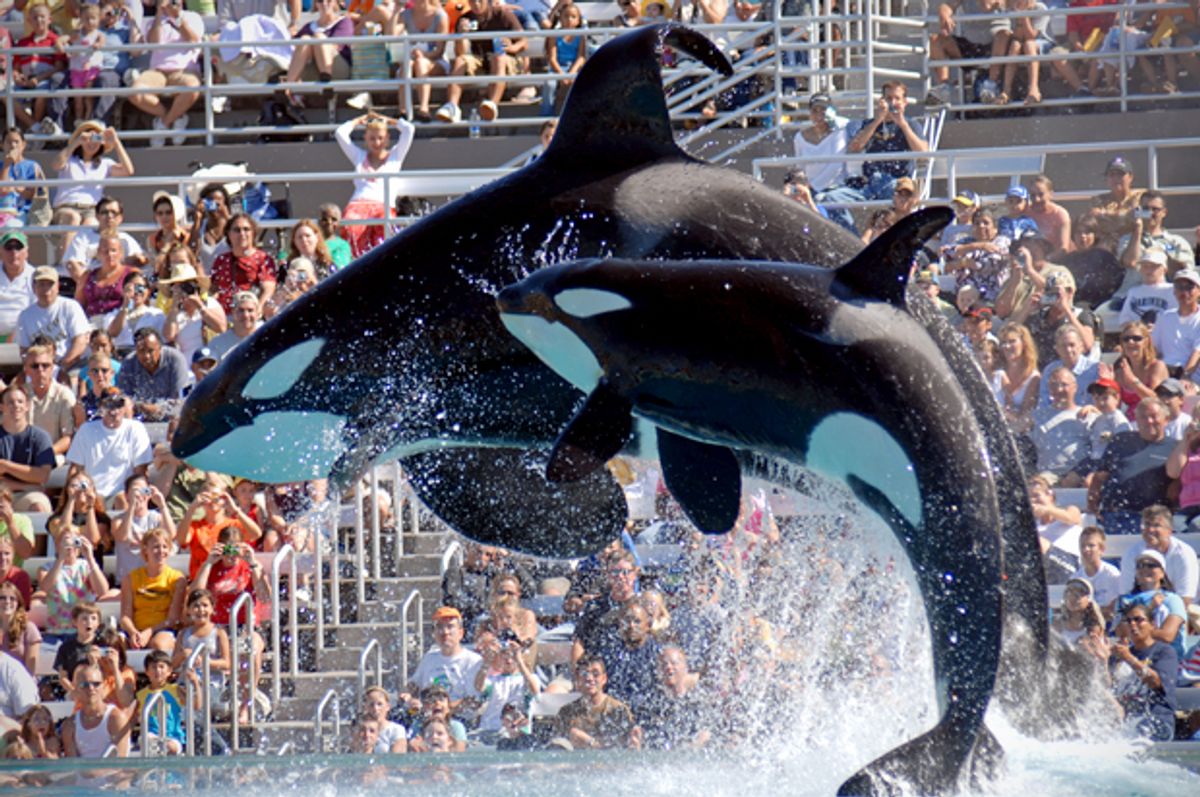 There was a time, not long ago, when the name SeaWorld was associated with vaguely educational family fun, and a killer whale named Shamu was a bonafide animal superstar. But in the nearly two years since the haunting documentary "Blackfish" first premiered at Sundance, the chain's cuddly image has been drastically tarnished. Now, facing slumping ticket sales and a public relations nightmare that won't go away, the company has announced this week that its CEO Jim Atchison is stepping down.

We'll say this for Atchison – he's got lots of company. It's been a banner twelve months for controversial CEOs to step down. Last December, Lululemon's Chip Wilson ended his foot in mouth reign at the yoga brand. Though he still remains in the picture, American Apparel's notorious Dov Charney was ousted from his company back in June, following "an ongoing investigation into alleged misconduct." And just this week, Abercrombie & Fitch's "cartoonish physical specimen" CEO Mike Jeffries announced his departure.

But the case of SeaWorld is different. Unlike those fashion retailers, SeaWorld's brand isn't based on the image of its outspoken, clinging to cool leader. It's based on selling the dream that people can come and have an experience with beautiful, majestic beasts of the deep. And that's a dream that no one who's seen "Blackfish" – and its heart wrenching account of the sad lives of killer whales in captivity, and the sometimes deadly consequences for their trainers -- can take at face value ever again.

Since the film's release, SeaWorld's team has struggled awkwardly to defend itself – in stunts ranging from some very dubious attempts at skewing public opinion polls to contradictory full page newspaper ads to blaming a trainer for her own death to straight up calling the movie "propaganda," and vowing it has "the truth." If the film itself hadn't done enough to hurt the parks' reputation, its damage control efforts have been an object lesson in the Streisand effect.

The wreckage has been deep and lasting. When SeaWorld sent a “Sea of Surprises” float into the 2013 Macy's Thanksgiving parade, it was met with outrage and protests. Musicians have canceled park appearances in droves. Attendance is down drastically, and earnings have fallen 28 percent from last year -- a fact made more ominous for the company by the news from Theme Park Insider that the past few years have seen "significant growth to the other major parks in the theme park industry."

Yet don't shed a tear for Jim Atchison. For his troubles, he'll receive a $2.4 payout, and an annual consulting fee of $440,000. He has also been named vice chairman of the board, and is still eligible for vesting stock options. Not bad for someone leaving his position with tanking ticket sales and a PR disaster on its hands. Meanwhile, the company has announced it is additionally restructuring itself in a manner that "will result in the loss of some positions." And though it hasn't specified the number of intended layoffs or which departments they'll come from, it seems clear the most protected species at the organization remains its own, very well compensated, top executives.