How to be "fascinating": Marry George Clooney 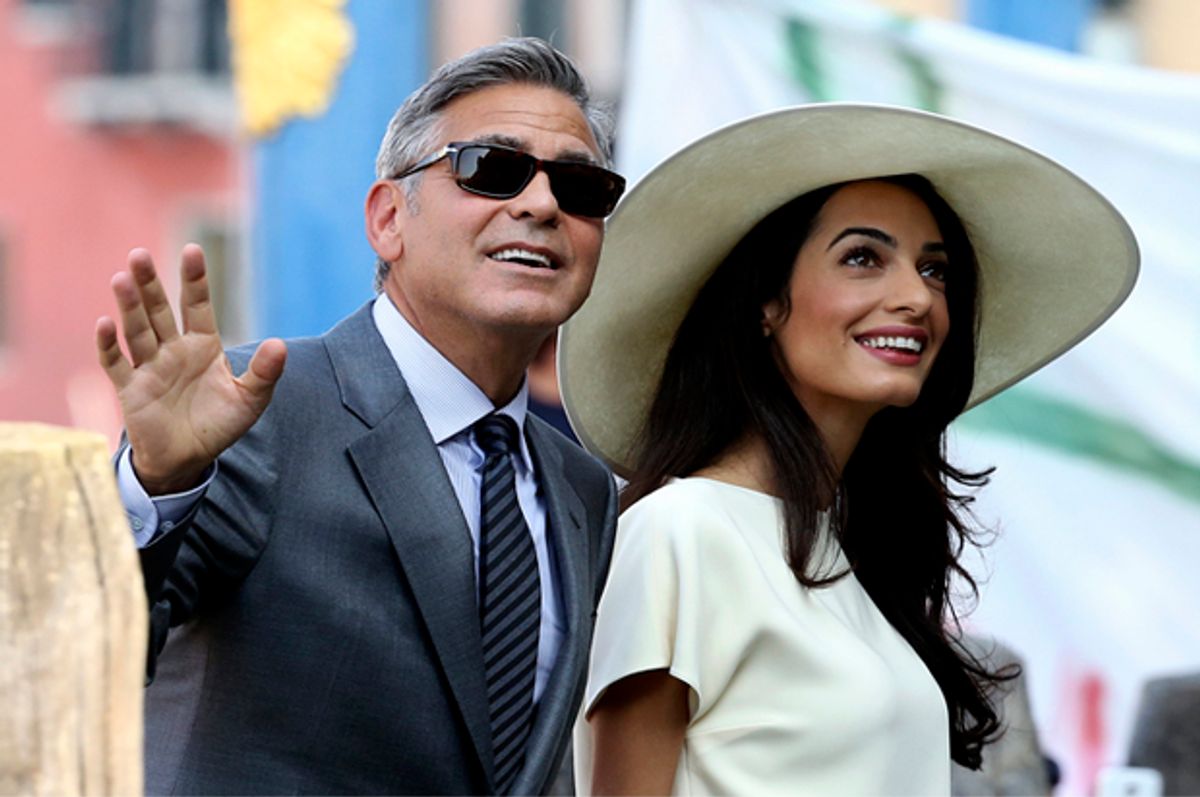 Amal Clooney is an undoubtedly fascinating individual. She is an accomplished, educated human rights lawyer whose recent causes have included the Global Summit to End Sexual Violence in Conflict and the return of the famed Elgin Marbles from the British Museum to their original home in Greece. But she did not make it to the top of the heap known as Barbara Walters' "Most Fascinating Person of the Year" list for representing Julian Assange or for her extensive international work. In case you're wondering why she is, just read any of the headlines about that list, and the woman perched atop it. She's there because, as the 85-year-old Barbara Walters herself cheekily puts it, the former Amal Alamuddin pulled off "one of the greatest achievements in human history" – marrying George Clooney. "What does it take," she asks, "to fascinate one of the most fascinating men in the world?" I don't know, but apparently it's on par with building the pyramids and the polio vaccine.

Walters' 21-year-old list has, in its time, been full of notable names – from Nelson Mandela to Mother Teresa to J. K. Rowling to Steve Jobs. But when you take a step back and look at it as a whole, it does seem a tad wife-heavy. Previous earners of the top spot on the "most fascinating" list include Barbara Bush, Michelle Obama and Camilla Parker Bowles. And while a lighthearted annual TV wrap-up of headline makers isn't exactly scientific – this year's other notables include Chelsea Handler and Neil Patrick Harris – the real bummer of the pronouncement is that is has the stinging ring of truth.

Other women – like Clooney's fellow "fascinating" list makers and single ladies Taylor Swift and Oprah Winfrey – attain notoriety on their works alone. But in the eyes of much of the world, not just Barbara Walters, Clooney's greatest achievement is getting married. For all her accomplishments, Amal Clooney does not make news for what she does. She is referred to in newspaper stories as "George Clooney's beautiful new wife."  She has blogs devoted to her fashion sense and is praised for her "stylish moments" and can't go out without a headline about how she's "showing off" her figure on the arm of her handsome husband.  Good luck finding a mention of her that doesn't reference George in the first sentence.

I get that Barbara Walters is not, thankfully, the Nobel committee. But let's just be clear that this business of viewing women in the context of the men they are married to – and praising them for the high achievement of being interesting to them – is not reserved for hair-sprayed octogenarians. This crap plays out in every headline about Mrs. Clooney, in every story about the wives and girlfriends of professional athletes, in the way that the female spouses of male politicians are scrutinized in a way that husbands are not. Describing the new Mrs. Clooney, Walters explains that she "is suddenly in that stratosphere that we reserve for the Jackie O’s or the Princess Di’s or Kate Middleton" -- you know, women who were famed for sharing a marital bed with powerful men. You may be smart or successful, but if you want the world to call you truly "fascinating," all you really need to do is captivate one bachelor.