A strategic campaign to conflate abortion and birth control has been underway for years. Here's what it's about 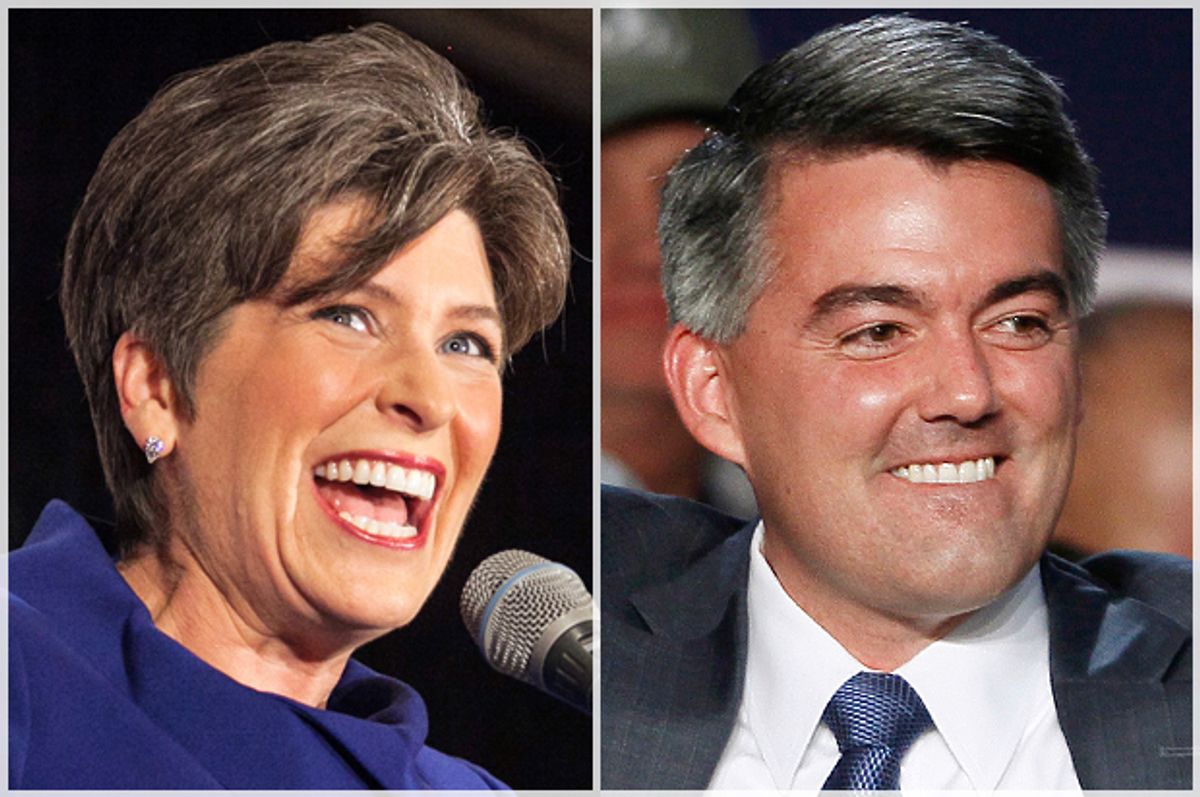 Anti-choice conservatives want the public to believe that abortion and birth control are the same thing so that it becomes impossible to access both. But because openly going after birth control has shown itself to be a form of political death, politicians and anti-choice advocacy groups have been working to conflate contraception and abortion when it’s politically convenient. The lie is by design, and it’s working.

It’s no accident that Hobby Lobby contested the birth control requirement of the Affordable Care Act on the grounds that it believed, despite overwhelming medical evidence, that some of the contraceptives covered were abortion-inducing drugs. And that this line -- that emergency contraception and IUDs end rather than prevent pregnancy -- has found an audience with Supreme Court justices, politicians, media pundits and regular people.

This has felt like something of an open secret for the last few years, as the parallel assaults on birth control and abortion have only accelerated, but a new report from the Guttmacher Institute has made the right’s anti-contraception, anti-abortion dual strategy clear. It’s a selective campaign of misinformation and phony science driving both efforts, but deployed selectively in an attempt to conceal a profoundly radical agenda.

“Rather than applying the claim that some contraceptive methods in effect cause abortion consistently to all aspects of their advocacy, antiabortion groups ignore and often contradict their positions when it might hurt them politically,” according to Joerg Dreweke, author of “Contraception Is Not Abortion: The Strategic Campaign of Antiabortion Groups to Persuade the Public Otherwise.”

Guttmacher examined the strategies of antiabortion groups like Americans United for Life, the Heritage Foundation and the Susan B. Anthony List and found that each referred to the contraceptive requirement of the new healthcare law a form of abortion coverage. The AUL called it a “back door abortion mandate” to cover “life-ending drugs that have been deceptively labeled as contraception.” The SBA List list has called it, simply, an “Abortion Drug Mandate.”

This is the same bogus science that was used to defend Hobby Lobby in its challenge to the healthcare law. Conservative justices eagerly parroted it back. During oral arguments in the case, Justice Antonin Scalia said, “You’re talking about, what, three or four birth controls, not all of them, just those that are abortifacient.”

Contrary to arguments made in the Hobby Lobby case and repeated elsewhere, there is no credible medical evidence to support the claim that emergency contraception like Plan B and ella prevent fertilized eggs from implanting in the womb. Those medications work by delaying ovulation. Hormonal IUDs thicken cervical mucus to prevent sperm from reaching the egg. When used as a form of emergency contraception, the copper IUD can interrupt implantation, but this still does not mean a pregnancy has occurred.

And yet, Fox News and other, more reputable outlets, willfully repeat the birth-control-is-abortion talking point.

So this isn’t exactly news, right? The anti-choice movement uses pseudoscience to create the appearance of credibility in advancing its policy objectives. Uh, alert the presses. But here’s where the selective application comes in, ad where things get interesting: Dreweke notes that the SBA List and politicians who share the medically unfounded view that contraceptives like Plan B are abortion-inducing drugs do not, for example, advocate that doctors who prescribe these medications be subject to the same regulations faced by abortion providers in states like Texas and Ohio.

But why not? If one were to follow the logic of the right’s argument -- that emergency contraception and IUDs are legally and medically the same as abortion -- then shouldn’t both be regulated the same way? Wouldn’t women in South Dakota have to wait 72 hours before getting an IUD implanted? Wouldn’t doctors in Mississippi be compelled to read a false and medically misleading script to women who want to use ella?

The influential organizations behind this anticontraception agenda have compartmentalized the debate, which allows them to pick and choose when contraception should be viewed as abortion and when it should not. They are essentially able to pursue a “personhood” argument in areas where doing so is politically feasible, but at the same time feign moderation by keeping the full-fledged, politically toxic “personhood” agenda at arm’s length. This deception is part of a deliberate, long-term strategy to limit women’s access not only to safe and legal abortion, but to common methods of contraception as well.

The right is not publicly demanding that birth control be subject to the same regulation as abortion because to do so would be a political mess. But the logic of their argument demands precisely this. If it’s a question of “protecting life” and not, say, control over women’s lives and bodies or a cynical attempt to gut a healthcare law, then wouldn’t the SBA List’s drive to criminalize abortion trump any political calculus about when to express its belief that birth control is abortion and when to keep quiet?

The answer here is obvious. Rand Paul wants you to believe that Republicans don't want to "ban birth control," just as Joni Ernst wants you to believe that her support of personhood is a private matter that will have no policy ramifications. These are lies. Whether or not the right will own up to its dishonesty, and, as Dreweke points out, reveal the “full breadth of their anti–reproductive health and rights agenda” depends on if the public will keep letting them get away with it.