"Looking for a naughty female elf": There's a pervy Santa infestation on Craigslist

It's the worst thing about Christmas: Craigslist is suddenly overflowing with yuletide innuendo 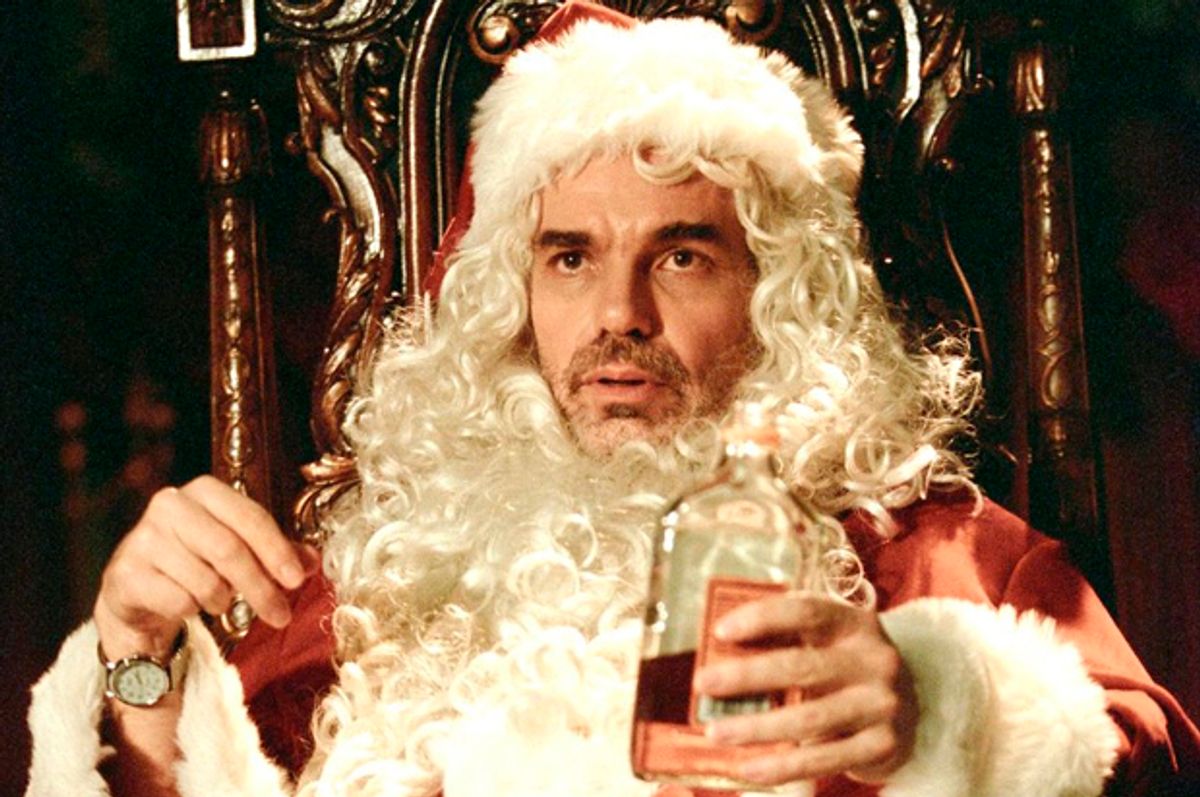 “SANTA LOOKING FOR ORAL IN HIS SLEIGH. CANDY CANE AVAIL.” That is the headline of an actual Craigslist Casual Encounters post, which goes on to entice, "ill be driving my sleigh dressed up from an event tonight about 730-800pm [any] ladies interested in a little extra in your stocking?" (Kind of makes you look at your local mall Santa a little differently, doesn't it?) The ad is accompanied by an image of a Santa clad in sunglasses receiving a blow job from a woman in snow-white lingerie.

Clearly, this is why Christmas is the most wonderful time of the year: Santa pervs!

Instead of sending letters to the North Pole, adult Santa-philes take to Casual Encounters with their holiday wish lists, which often involve innuendo about candy canes, stocking stuffing, lap-sitting, the signature "Ho-ho-ho" and being naughty or whatever. (And then there are pun innovators, like the guy who tried to make a semen-eggnog joke and the woman who promised to "make your bells jingle.") There is a lot of creativity on display, consider this 44-year-old's post:

Married Santa has had a rock hard candy cane all day and my chestnuts are so filled with cream that they are aching. Mrs. Claus has her monthly friend so not in the mood to help with my south pole which is pointing north. Looking for a naughty married or younger female elf in the mood to have this dirty Santa discreetly brighten your holiday spirits with his wandering fingers, talented tongue and oh so thick candy cane on his way home.

It isn't just X-rated Santa-wannabes, either -- consider the 29-year-old woman in Stratford, Connecticut, who writes winkingly, "I will give you, my milk and cookies in bed," in a post titled, "Hot Latina Ms.Santa looking for Mr.Santa." Then there's this: "Mrs mature clause is lonely, she seeks of age elves both sexes for fun."

These posts give a couple of clues. The most obvious explanation is SantaCon, the yearly event in which thousands of people in cities across the U.S. dress up as Saint Nicholas or his missus and go on a bar crawl. The Santas are frequently ruddy-cheeked from booze, and plenty of the Mother Christmases and elves are clad in fishnets. So, naughty behavior is inevitable -- in fact, one year a public SantaCon blow job was caught on video. The event is all the inspiration a horny Craigslister needs. As a 27-year-old guy wrote on Casual Encounters, “Love seeing all the cute girls out drinking in their Santa outfit. How bout we continue the fun at my place?! I def want to do you in your costume ;p.”

Some lucky Santaphiles just happen to live on the SantaCon route: Writes one guy, “swing by in your Santa outfit, whip your cock and balls out and let me go to town.” Says another, alongside a photo of a penis dressed in what appears to be a felt Santa puppet, “If you're str8 and you're out and about in the East Village and in costume (santa, elf, etc.) come over and get your dick sucked.”

Another clear motivator is getting a little help with the expected gift-giving of the season. A 19-year-old woman writes, "all I really want for Christmas is to be able to get my family something nice. get a nice gift for myself, the holidays are always depressing and hard. let's see if before this year is over, maybe you can help change that." Then there’s this guy offering, well, you have to just read the post:

Any single mothers need help with Christmas Presents ? I have some brand new electronic game systems in box never opened ( ie: PS3-Gameboy) and am looking to maybe make a deal--I am for real and legit s if your looking for some hot toys for the kids and are open minded please get back to me and perhaps we can work out a deal where everyone is in the Holiday Spirit

To be totally clear, this post is in the Casual Encounters section, so dude is offering presents to single mothers to give to their kids on the condition that they have sex with him. Sometimes, the Christmas hook just seems a canny way to disguise prostitution: Consider this, "Santa is looking for some help because Mrs Clause isn't doing her job right. Santa would love to help with Christmas presents if you help Santa," or this, "Hey college girls, single moms come and sit on santas lap and tell me how I can fix your Xmas." Talk of loneliness and stress during the holidays are also common in these posts.

But, of course, there's a much easier explanation for all of this: Santa as a cultural symbol is practically designed for subversion and taboo. He's one of the most significant figures of childhood, after all. He's the ultimate arbiter, above even parents, of naughty or nice behavior. You don't have to be a Freudian to see these Craigslist posts as an especially seasonal form of daddy play.