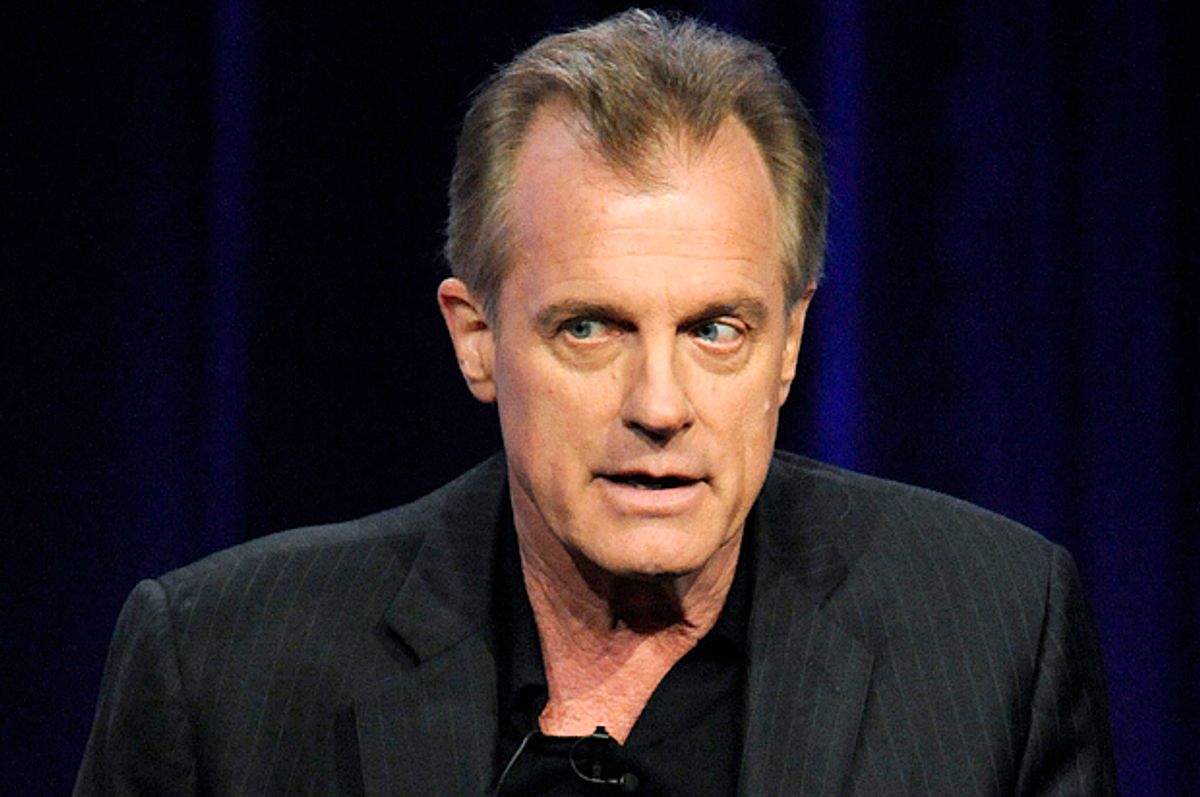 More than two months after TMZ released an audiotape purporting to be of former "Seventh Heaven" star Stephen Collins admitting to multiple incidents involving sexually abusing young girls, the actor has this week released an apologetic statement to People, saying, "I did something wrong."

Because heaven forbid an admission of abuse not be an opportunity for newsstand sales and ratings, People reports that Collins "will sit down with Yahoo Global News Anchor Katie Couric for an in-depth interview based on his People essay (this will stream on Yahoo! and air Friday on '20/20' on ABC)" and that "To read Collins's full statement, pick up the latest issue of People, on newsstands Friday." Gosh, I hope all of their advertisers feel super duper proud right now.

In People's excerpts from Collins' statement, the actor manages to come off pretty indignant for a guy who seems to be confirming that he's sexually abused girls. He says the incidents "took place 20, 32, and 40 years ago" but also confusingly states, "Forty years ago, I did something terribly wrong that I deeply regret. I have been working to atone for it ever since." Atoning for it, except for the at least two other times he did the same thing? He says that "I have not had an impulse to act out in any such way in twenty years" and adds, "The publication of the recording has resulted in assumptions and innuendos about what I did that go far beyond what actually occurred. As difficult as this is, I want people to know the truth."

In that TMZ recording that Collins appears to acknowledge as authentic, he admits to exposing himself to a girl, and that "maybe, I think" he had a partial erection during one incident and that in another "I put her hand on my penis." The incidents took place over the period of time that she was between 11 and 13. He also acknowledges two other incidents with other girls, including one female he saw "12 or 15 years ago and made an amends to." Now, Collins says that he's "agonized" over whether to apologize to the other two women, but "after I learned in the course of my treatment that my being direct about such matters could actually make things worse for them by opening old wounds."

If in fact someone who has a history of doing things he "deeply regrets" can, through treatment and rigorous behavior adjustment, not commit those offenses again, great. If the now grown women involved in those episodes have healed and moved on, fantastic. But to keep it in perspective, Collins did get to go on to have a successful, 11-year run on a TV show after he committed those acts he says he regrets. He's coming forward now because "various news organizations published a recording made by my then-wife, Faye Grant, during a confidential marriage therapy session in January, 2012. This session was recorded without the therapist's or my knowledge or consent." He sounds less contrite than ticked off. And sorry, but I'm a little burned out lately on men accused of sexual abuse getting self-righteous about how wronged they feel. Collins' media apology tour would be a lot more convincing if he wasn't working some very shaky chronology on when exactly his "atonement" began, or if the TMZ recording didn't feature him clearly saying, "It happened several times" with the girl in question, beginning when she was just 11 years old. Just bear that in mind when Collins is getting a little irritable about his privacy. Bear that in mind when he talks about "assumptions."

But what is additionally galling about the whole Collins statement is the prurient way that People, Yahoo and "20/20" are rolling out the information. They are giving this man a platform to spin his version of a pretty foul story, and they're telling the rest of us, buy it. Read it. Watch it. And they will be the beneficiaries of a curiosity they are so ardently and obviously banking on.