"Winter Sleep": A haunting masterpiece from Turkey about love, loss, class and religion

Shot on the high plateau of central Turkey, Nuri Bilge Ceylan's gorgeous "Winter Sleep" is one of 2014's best films 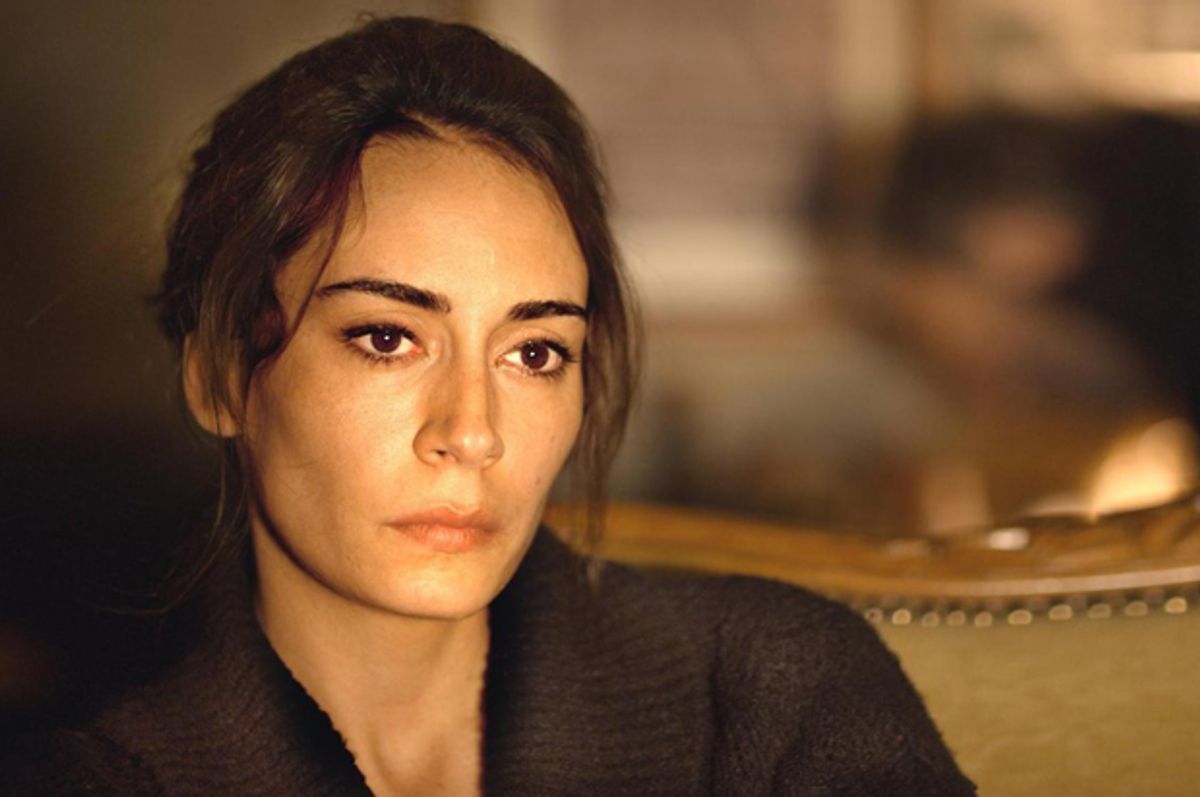 I’m sometimes tempted to make a big deal about the diminished status of foreign-language film, especially when it comes to cinema from unfamiliar countries and non-name-brand filmmakers. Once upon a time that kind of adventurousness represented a kind of cultural aspiration: Even people who never watched such movies vaguely knew they were supposed to, and felt defensive about it. (That defensiveness still comes up sometimes, as in the infamous “cultural vegetables” debate a couple of years ago.) Does this decline represent the xenophobic, self-centered, immediate-gratification quality of contemporary pop culture? Well, maybe. But I can’t get too excited about it. There’s only so much free time in our overworked lives, and a whole lot more watchable TV than there used to be. The number of people willing to break free of comfortable routine and seek out something like Turkish director Nuri Bilge Ceylan’s intimate, spectacular and masterful new drama “Winter Sleep” is necessarily pretty small.

I get it, believe me. If I hadn’t spent years going to film festivals and being indoctrinated into a particular way of seeing, I probably wouldn’t have heard of Ceylan either, nor would I look forward to each of his new movies with such eagerness. But now that I’ve tried to drive you away, let me lure you back: “Winter Sleep,” winner of the Palme d’Or at Cannes this year, is not some impenetrable or arduous art film, full of ambiguous silences and featureless landscapes. (And I say that as someone who will willingly watch such a thing.) It’s a gorgeous and luminous work, driven by amazing scenery and affecting human tragedy, that captures the themes driving Ceylan’s work and the peculiar cultural status of Turkey, a nation that literally straddles the border between the secular West and the Islamic world. Give this mysterious wide-screen experience 10 minutes, and it absolutely will not let you go. (I’m not going to tell you the daunting running time in precise terms; let’s just say you should have dinner first.)

Like Ceylan’s last film, the slo-mo police drama “Once Upon a Time in Anatolia” (also amazing, but admittedly a more demanding a viewing experience), “Winter Sleep” is set along a kind of internal border within Turkey, where the nation’s educated, Westernized elite encounters deeply rooted traditional culture. Its central character – it would be a stretch to call him the hero – is a retired actor named Aydin, played by Haluk Bilginer, himself an eminent Turkish stage and screen actor who’s also done numerous roles in English (including five years on the British soap “EastEnders”). Aydin is a prominent landlord and hotel proprietor in a remote village of Cappadocia, the high plateau of central Anatolia that’s loaded with archaeological and geographical splendors and famous for its wild horses. He has a much younger wife named Nihal (the gorgeous Melisa Sözen) who has clearly fallen out of love with him, an embittered divorced sister named Necla (Demet Akbag), and an increasingly acrimonious relationship with an impoverished tenant family who haven’t paid their rent in months. Soak all of that in booze, snow, egotism and genteel decay, and it’s a combustible combination.

I described “Once Upon a Time in Anatolia” as an episode of “CSI” transported to the Turkish outback and rewritten by Anton Chekhov, and while the influence was obvious it was a better guess than I realized. “Winter Sleep” is actually adapted from a story by Chekhov, who was obsessed by many of the same intertwined issues of class, caste, property and history that preoccupy Ceylan. While “Winter Sleep” never seems “political” in the narrow or most obvious sense, Aydin’s predicament has everything to do with Turkey’s peculiar status between East and West, hemmed in on one side by godless European amorality and on the other by the fiery sword of jihad. One of Aydin’s deadbeat tenants is an imam (Serhat Mustafa Kiliç), who is embarrassingly servile to Aydin’s face and then curses him behind his back. The imam’s brother, an unemployed ex-con named Ismail (Nejat Isler), is less hypocritical, and views Aydin and his wife with a sardonic, predatory intensity that points toward a shocking final confrontation.

It’s Ismail’s preteen son who provides the most obvious inciting incident, breaking Aydin’s windshield with a stone in an effort to avenge his father’s humiliation. But if that event didn’t send these people on a downward spiral, something else would have. There is also Aydin’s deepening suspicion that Nihal is having an affair, his thwarted desire to purchase and tame one of the region’s wild horses, and his attempt to forge a friendship with a visiting motocross biker who is spending a few days in the hotel. He has settled into the archetypal big-frog-small-pond-role as an eminent citizen of Nowheresville, airing his private grievances in a bitter newspaper column read by no one except his hostile sister, increasingly confronted with his unfulfilled dreams and his deepening unhappiness.

But if Aydin is a merciless lampoon of the disempowered intellectual, and perhaps a distorted artistic self-portrait (Ceylan is a 55-year-old filmmaker married to a younger woman; his wife, Ebru, has co-written his last three films), the work that surrounds him is a dense social tapestry, where the intimate, firelit interiors and the severe, astonishing landscape form a symphonic counterpoint. Ceylan and cinematographer Gökhan Tiryaki have forged an artistic collaboration that may drive film-studies theses of the future; the obvious corollary would be the long partnership between Sven Nykvist and Ingmar Bergman, another artist whose influence runs strong in Ceylan’s films.

If I’m called upon to tell you what “Winter Sleep” is about, then the correct answer is not that it’s about an aging actor’s failing marriage or the class wars of a snowbound tourist village. And yes, it’s “about” Turkey, but I guarantee you that Ceylan would not claim some variety of human experience can be found in Turkey that is not found in Oklahoma or Brazil. This movie is “about” the images Tiryaki captures, the figures against a landscape or gathered around the fire, about the hypnotic effect of a single passage from a Schubert piano sonata, repeated over and over again. Even the startling final confrontation between Ismail and Nihal, which encapsulates all the film’s themes in a single moment, is about sound and image, the expressions on the two people’s faces, a sudden intake of breath, the crackle of something burning. “Winter Sleep” belongs alongside “Boyhood” and “Inherent Vice” on the short list of the most powerful films of 2014. Calling a film “good” or “important” is subjective, of course, but this isn’t: All three are reaching for the kind of cinematic transcendence that exceeds language, that weaves together various art forms into an ascending spiral of meaning that cannot finally be captured or defined.

"Winter Sleep" opens this week at the Lincoln Plaza Cinema in New York, and expands Dec. 26 to the Quad Cinema. It opens Jan. 2 in Chicago and Seattle; Jan. 9 in Atlanta, Miami, Nashville and Portland, Ore.; Jan. 16 in Dallas, Minneapolis, Santa Fe, N.M., Washington, D.C., and Columbus, Ohio; and Jan. 23 in Los Angeles, with more cities to follow.