"I'm getting angry at liberals": Watch the hilarious end to "The Colbert Report"

This outtake is emblematic of Colbert and Stewart 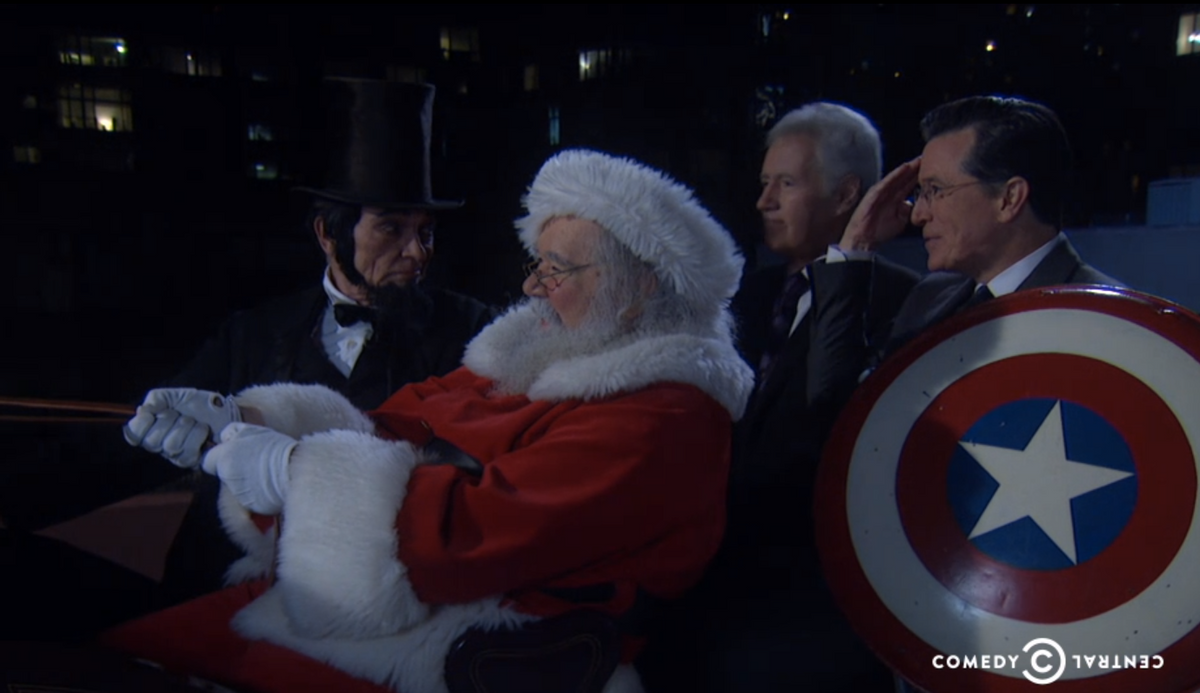 It was unclear what would happen to the beloved blowhard pundit Stephen Colbert on the final episode of "The Colbert Report." Grimmy the grim reaper, who was the scheduled guest, loomed ominously.

What followed Colbert's ride to eternity was an amazing outtake from"The Daily Show"/"The Colbert Report" history. It is emblematic of the partnership between Stephen Colbert and Jon Stewart, and the incredible hour of comedy the two of them created. Watch below: