Seventy-seven percent of the country believe in angels. Only 40 percent concede climate change is a reality 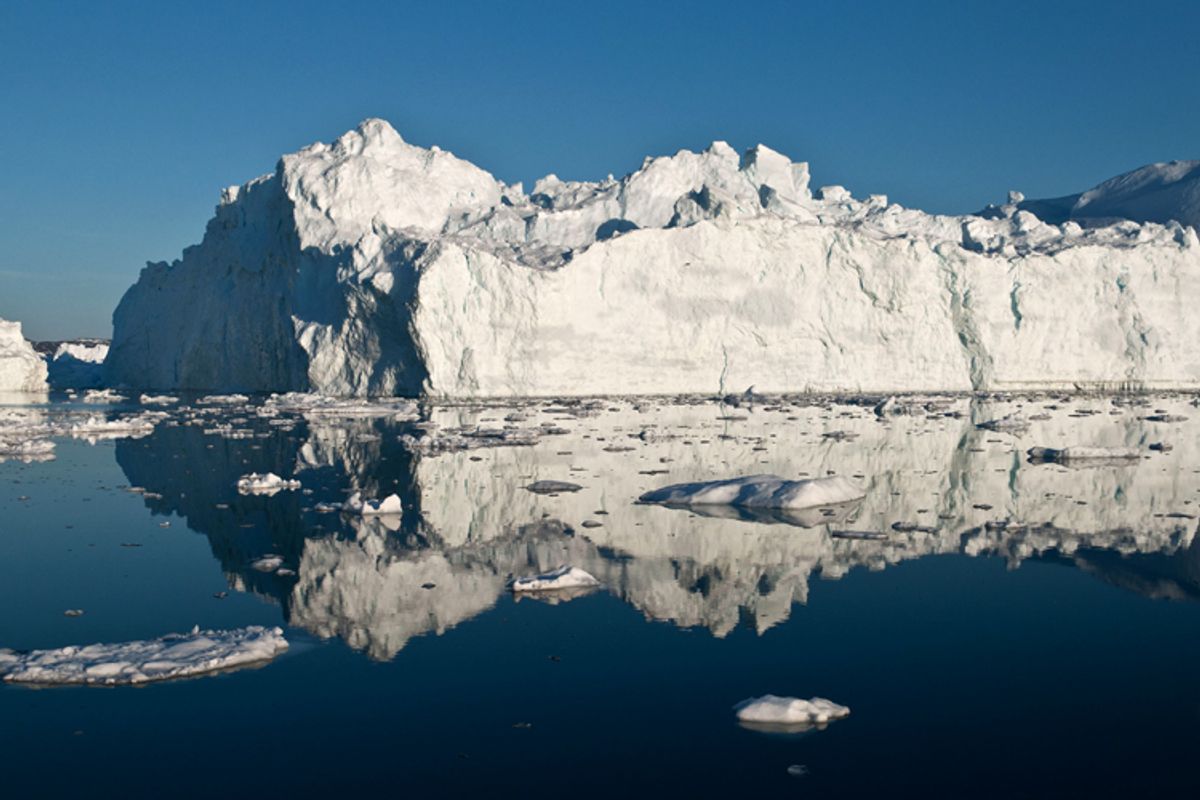 In a video that went viral this week, Bill O’Reilly has spoken, not only for himself but (generously) for the rest of America: "It’s easier to believe in a benevolent God and the baby Jesus than it is about some kind of theory about global warming. It’s just easier!"

Is he right? Roughly 73 percent of Americans believe Jesus was born of a virgin, while only 61 percent believe the Earth’s temperature has been warming. Even worse, only 40 percent of the Americans who concede that climate change is happening will admit that it’s primarily due to man-made activity.

For context, let's compare those polling figures with something Americans are more likely to believe than man-made climate change.

More from The Daily Dot: "Texas movie theater to show 'Team America' in lieu of 'The Interview'"

1) 77 percent of Americans believe in angels.

Not only did this AP/GFK poll in 2011 find that more than three out of four Americans believed angels literally exist, but so do more than four out of 10 of those who never attend religious services. A poll taken five years earlier found that 81 percent of Americans believe in angels, essentially meaning the number had gone unchanged.

2) 55 percent of Americans believe that the Founding Fathers established this country as a Christian nation in the Constitution.

In a similar vein, this figure comes from a First Amendment Center survey taken in 2007. I’m sure these Americans would be fascinated to read Thomas Jefferson’s rewriting of the New Testament, which he felt perfected Jesus Christ’s teachings by removing all theological and supernatural elements from his life story. Lest there remain any doubt, we can return to the subject of angels as we review Jefferson’s letter to John Adams opining that “to talk of immaterial existences is to talk of nothings." Jefferson continued, "To say that the human soul, angels, God, are immaterial, is to say they are nothings, or that there is no God, no angels, no soul. I cannot reason otherwise.”

3) 1 in 4 Americans believe the sun revolves around the Earth.

This comes from a National Science Foundation study conducted earlier this year. Before you accuse me of including a statistic that doesn’t belong on this list—as this statistic and the figure for man-made climate change are, sadly, only fifteen points apart—bear in mind that, whereas evolution and the Big Bang theory are relatively new to our collective consciousness, Copernicus and Galileo cracked our solar system’s biggest secret roughly five centuries ago. It would be no less ludicrous for one in four Americans to believe that the Earth is flat.

4) Only 60 percent of Americans believe in evolution.

This refers to the scientific theory explaining the origin of the universe. If the statistic referred to the sitcom, I would be wholly sympathetic (I don’t trust Chuck Lorre either).

Kidding aside, according to an AP/GFK poll from earlier this year, slightly more than half of all Americans were either “not too confident” or “not at all confident” that the Big Bang happened. This same survey also found that only 27 percent believe the Earth to be 4.5 billion years old, which is the consensus figure among scientists.

6) Only 44 percent of Americans are confident that vaccines don’t cause autism.

According to a University of Chicago study taken earlier this year, 20 percent of Americans believe “vaccines cause autism and other psychological disorders,” while another 36 percent weren’t sure enough to agree or disagree with that statement. As someone on the autism spectrum who has written on this subject before, it is necessary to reiterate that the only basis for the belief that vaccines cause autism is a single scientific report that has since been universally discredited as a fraud.

While the 2011 Pew Research survey that yielded this statistic might lead you to believe that there is legitimate debate over the cause of the Civil War, there really isn’t: Over 90 percent of historians with graduate degrees accept that it was prompted by opposition to the election of Abraham Lincoln on the grounds that he would prohibit the expansion of slavery into the Western territories. Although the Southern states argued that they had a legal right to secede because of their sovereignty as states in a federal union, it was their opposition to Lincoln’s policies on slavery that incited them to leave the Union.

While it would take quite a bit of time to provide the full gamut of scientific and historical lessons necessary to correct all of these misconceptions, we can at least return to Bill O’Reilly’s climate change denialism with some measure of hope. As psychologist Dr. Michael Ranney of the University of California, Berkeley discovered, part of the challenge in getting Americans to believe in climate change rests in simply clarifying the process by which it works. He found that straightforward, step-by-step illustrations of the principle frequently changed people’s minds.

Fortunately, there's a video for that:

If that sounds easy, for the majority of Americans, statistics show it's anything but.