Times are tough for the ousted American Apparel leader 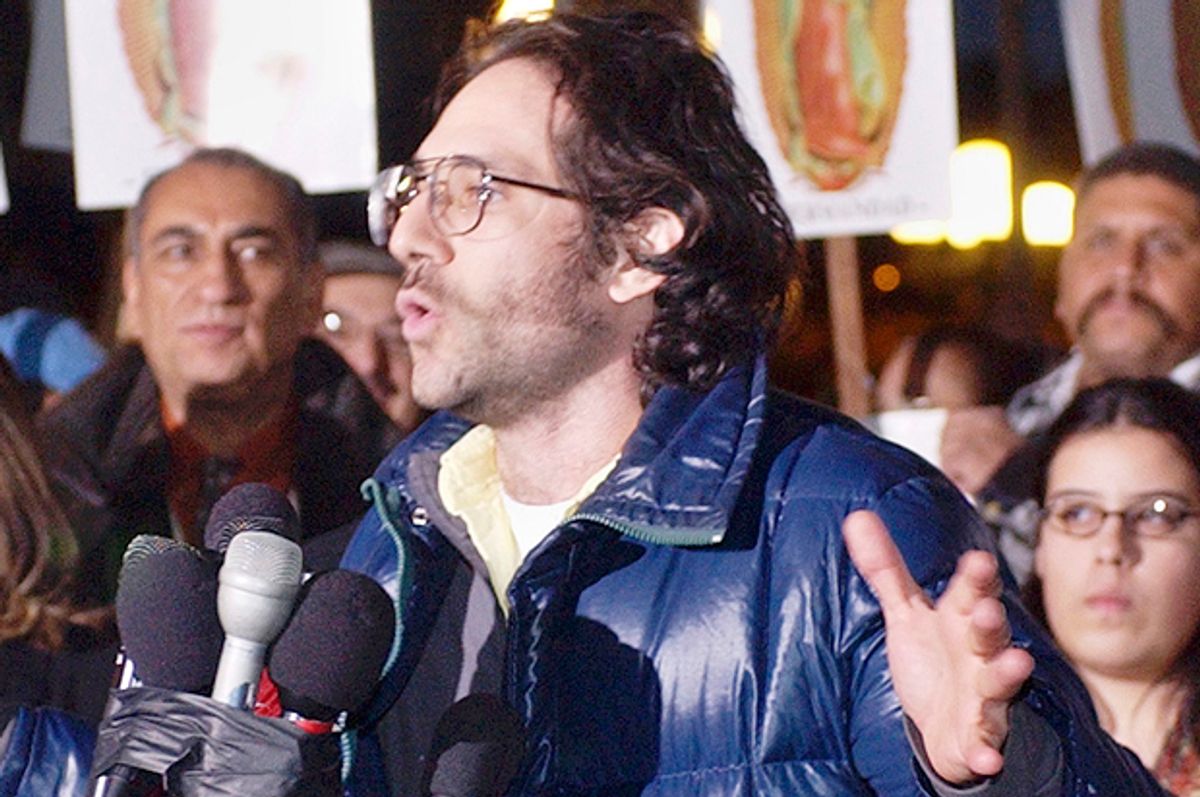 Maybe we could get a Kickstarter going to help poor Dov Charney. The newly unemployed founder and former CEO of American Apparel sat down this week for a "long, lengthy conversation" Bloomberg’s Trish Regan about what he describes as his recent "extremely traumatic" experience – and his current financial woes.

On "Market Makers," Regan said that Charney, who did non speak on camera, feels he was used by Standard General, the hedge fund he was working with earlier this year in his quest to hang on to American Apparel. "I bet the farm," he says, "and they robbed me." Generously describing Charney as "the life and soul of that company," Regan added, "He's got 100K to his name right now, which is interesting because he was making more than 800 a year as CEO…. He's here in New York, living on the Lower East Side at a friend's place… sleeping on a couch!" Golly, what a sad state for Dov. With only $100K and a friend's apartment in Manhattan to get by on.

Let's consider this tale for a moment. When Dov Charney says he has "only" a paltry $100 thousand, is really all he has in the world? No 401K? No IRAs? No portfolio of any value whatsoever? No real estate? HUH. And perhaps he is indeed sleeping on a futon on Avenue C – it does fit the man's artfully unkempt aesthetic – but it's not hard to imagine he's instead roughing it at an out-of-town buddy's million dollar downtown pied-a-terre.

Charney appears very invested right now in presenting himself as a man cast out on the streets, virtually penniless. That's a claim that seems, if not impossible, certainly subject to plenty of skeptical inquiry. And even if it's precisely accurate, Charney might want to remember that for millions of unemployed Americans, having a paltry 100 thou to fall back on until one gets back on his feet would be an enviable situation. It's certainly not the lot of too many people accused of serious misconduct including "Breach of Fiduciary Duty, Violation of Company Policy and Misuse of Corporate Assets."

There's no doubt Charney is having a genuinely bad week. And as Bloomberg TV notes, "That hundred grand is going to go to legal bills overnight." But if a man who's spent the past decade fending off sexual harassment suits is mounting a sympathy campaign, good luck with that, sir. We'll save it for those who are really struggling. Try as you may, you can't make leopard harem pants happen, and you can't make us feel sorry for you and your six figures.