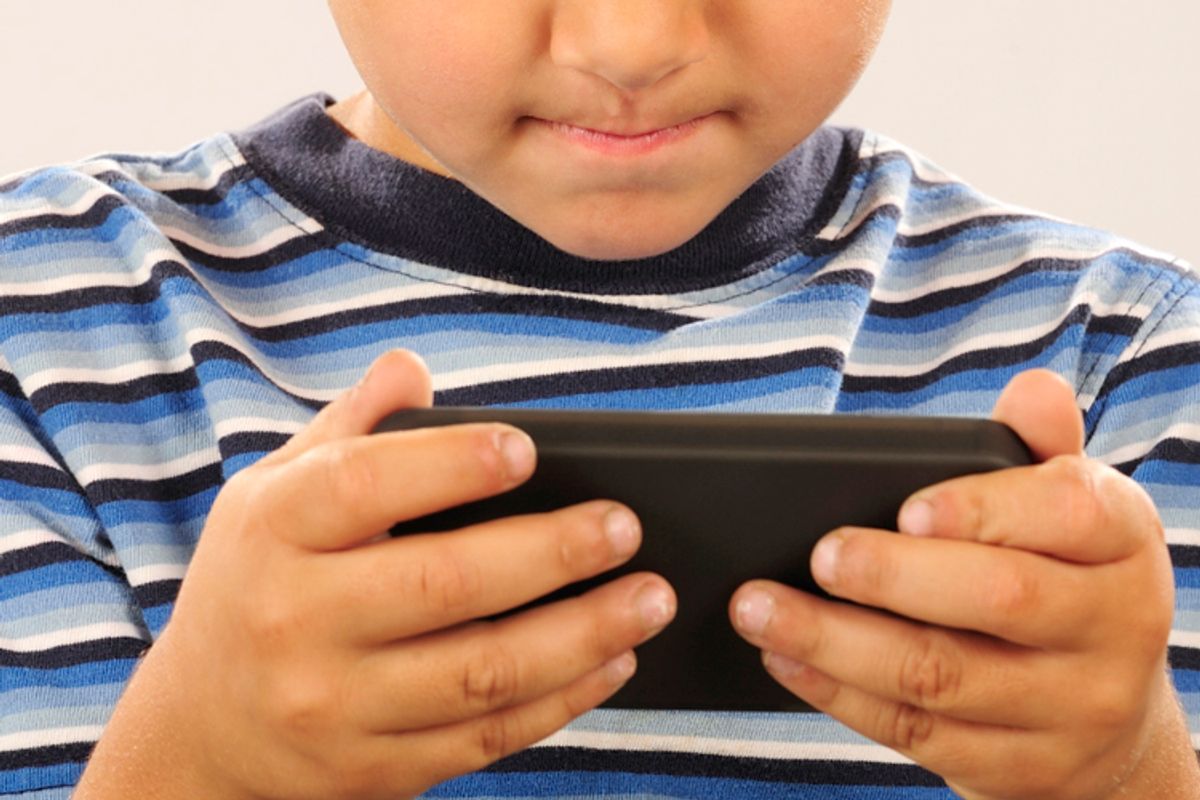 So-called small screens -- iPods, smartphones, tablets, etc. -- are affecting the amount of sleep children get, according to a new study.

The study, led by Jennifer Falbe of University of California, Berkeley, was published on Monday in the journal Pediatrics. It found that kids who slept with smartphones or tablets in the room or bed with them received 21 fewer minutes of sleep than those who did not.

The study, which looked at a racially diverse group of 2,048 fourth-graders and seventh-graders, was conducted to assess child obesity in Massachusetts. Lack of sleep is a "risk- factor for obesity," according to NPR, thus the children were asked the length of their sleep time, if they felt they needed more sleep and if they slept with a "small screen" in their bed or next to their bed.

Over half of the children, 57 percent, stated they slept with a "small screen" nearby. Those kids reported getting less sleep and feeling like they needed more sleep.

The study also looked at a larger screen present in the bedroom: televisions. Children with televisions received 18 fewer minutes of sleep than those without TVs. Two-thirds of the children in the study had televisions in their rooms. However, kids with the TVs were not as likely to report feeling like they needed more sleep, as compared to those with small screens.

The issue seems to be that children with screens (large or small) present in the bedroom go to bed later than those without. The children all woke up at the same time to go to school.

The study doesn't go as far as figuring out what specifically about the screens kept the the children from sleeping. NPR explains:

"This study wasn't designed in a way that could figure out what was causing the sleep loss and tiredness — whether the kids were actually using the devices thus exposing themselves to light and stimulating content, say, or whether getting calls or alerts during the night interrupted sleep.

Screens also affect sleep in adults, according to Harvard Health. Technology emits blue light, which is most disruptive to sleep.