12 dead in attack on satirical newspaper in Paris 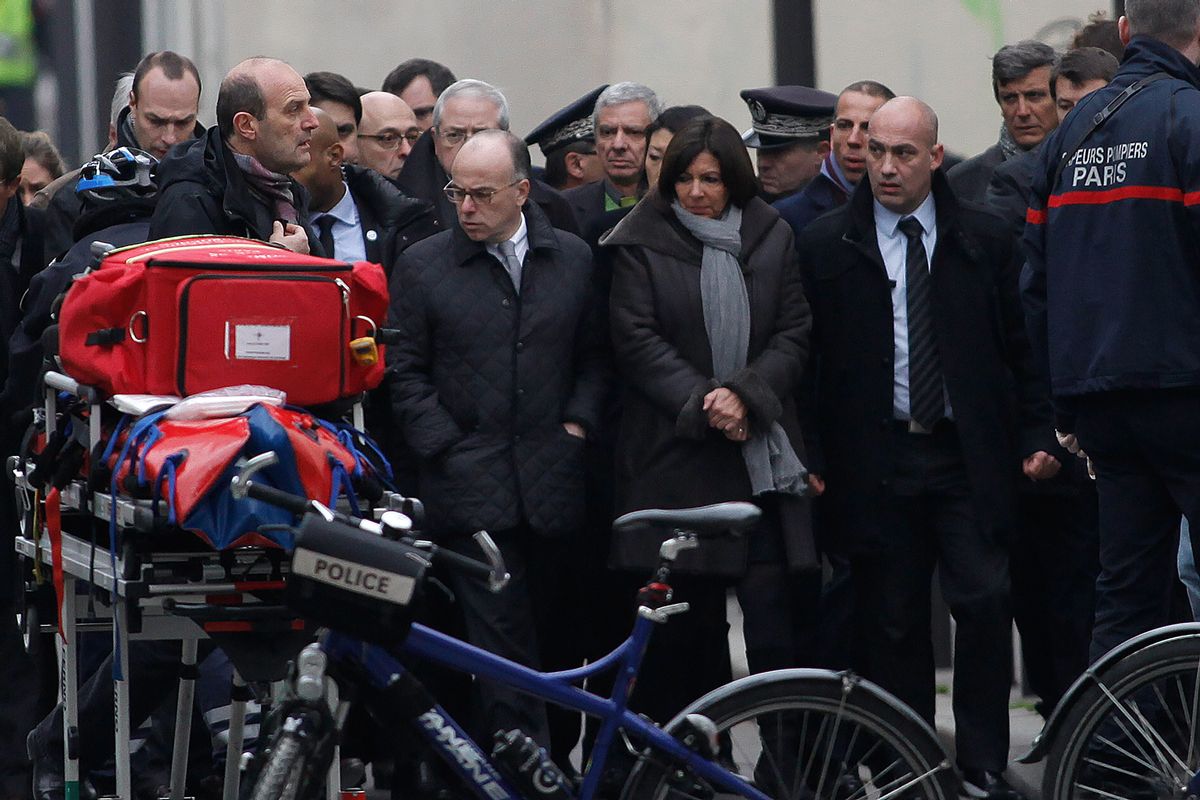 French President Francois Hollande called the attack on the Charlie Hebdo weekly, which has frequently drawn condemnation from Muslims, "a terrorist attack without a doubt" and said several other attacks have been thwarted in France "in recent weeks."

France raised its security alert to the highest level and reinforced security at houses of worship, stores, media offices and transportation. Top government officials were holding an emergency meeting and Hollande planned a nationally televised address in the evening.

A witness who works nearby, Benoit Bringer, told the iTele network he saw multiple masked men armed with automatic weapons at the newspaper's office in central Paris. The attackers went to the second floor and started firing indiscriminately in the newsroom, said Christophe DeLoire of Reporters Without Borders.

"This is the darkest day of the history of the French press," he said.

Luc Poignant, an official of the SBP police union, said the attackers left in a waiting car and later switched to another vehicle that had been stolen.

Paris prosecutor's spokeswoman Agnes Thibault-Lecuivre confirmed that 12 people were killed in the attack.

Video images on the website of public broadcaster France Televisions showed two gunmen in black at a crossroads who appeared to fire down one of the streets. A cry of "Allahu akbar!" — Arabic for "God is great"— could be heard among the gunshots.

The extremist Islamic State group has threatened to attack France and minutes before the attack Charlie Hebdo had tweeted a satirical cartoon of that extremist group's leader giving New Year's wishes. The cartoon entitled "Still No Attacks in France" had a caricature of an extremist fighter saying "Just wait — we have until the end of January to present our New Year's wishes."

Charlie Hebdo has been repeatedly threatened for its caricatures of the Prophet Muhammad and other controversial sketches. Its offices were firebombed in 2011 after a spoof issue featuring a caricature of the prophet on its cover. Nearly a year later, the publication again published crude Muhammad caricatures, drawing denunciations from around the Muslim world.

Wednesday's attack comes the same day of the release of a book by a celebrated French novelist depicting France's election of its first Muslim president. Hollande had been due to meet with the country's top religious officials later in the day.