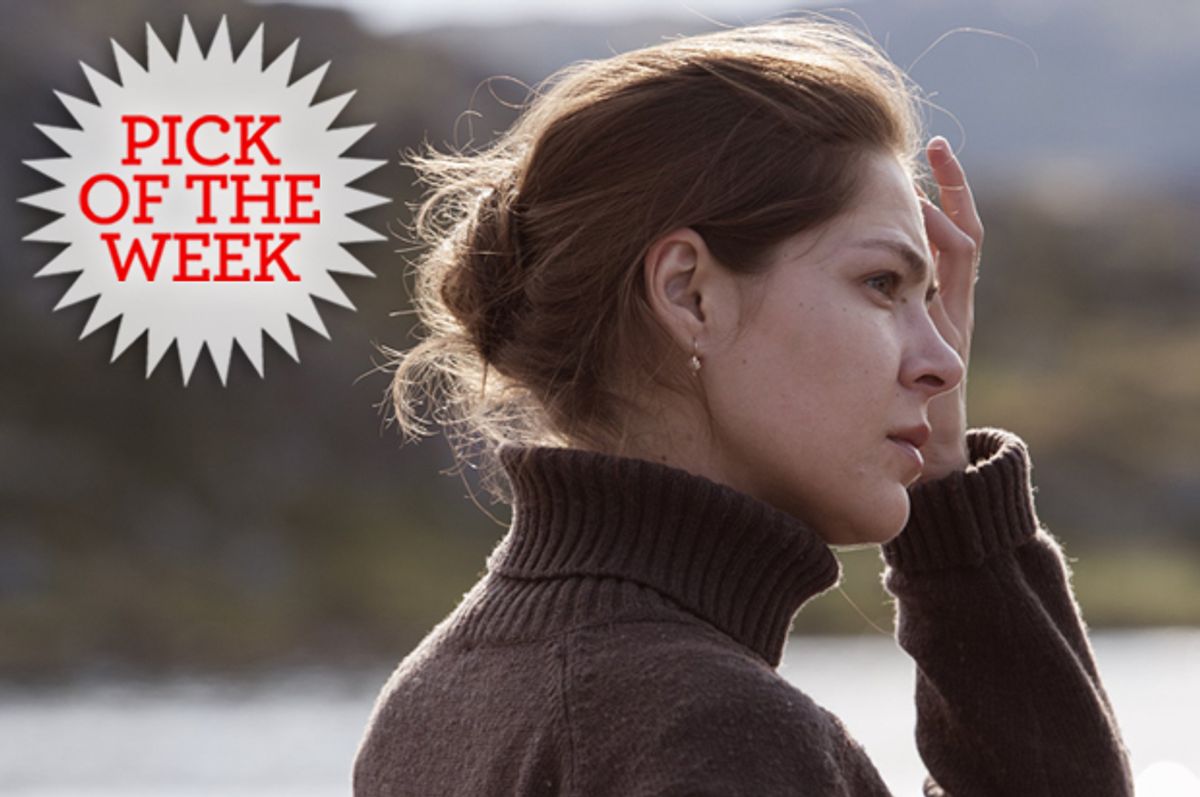 “Leviathan,” the fourth feature from Russian director Andrei Zvyagintsev, may be the one true masterpiece of global cinema released in 2014. (OK, I said almost the same thing about Nuri Bilge Ceylan’s “Winter Sleep,” which is equally spectacular but has much less audience upside.) It’s a psychological thriller, a scathing political satire, a powerful and upsetting family drama, a dark comedy and a work of magnificent landscape cinematography and startling pictorial intensity. It combines two, or possibly three, of the most important strands of Russian drama and literature: It’s grand and novelistic, in the spirit of Turgenev and Tolstoy, intensely observed and ironic, in the spirit of Chekhov, and contemplative and spiritual, in the spirit of Tarkovsky. That’s an awful lot of weight to carry, I know; but this is quite a movie, a bitter and compassionate work of genius that will reward repeat viewings and keep on getting better.

Until now, Zvyagintsev has been one of those filmmakers whose careers are supported by the festival circuit and the tiny international art-house market – which may not be any smaller than it used to be, but has declined in cultural importance in the era of cable drama and Internet streaming. His three previous features – “Elena,” “The Banishment” and “The Return” – are all highly accomplished works, but they’re also too oblique, too restrained and too unresolved to satisfy the expectations of mainstream moviegoers. I don’t kid myself that “Leviathan” is likely to compete with the “Hobbit” movie or anything – it’s in Russian, runs almost two and a half hours, and is inspired by the story of the Book of Job, which is frankly kind of a downer – but as word of mouth starts to trickle out, more and more people will discover that it’s an amazing and largely accessible experience.

I’ve already issued one mini-spoiler about Zvyagintsev’s title, which partly refers to the biblical sea monster, subject of an extended metaphorical discussion in the Book of Job that must be one of the more peculiar passages of the highly peculiar Old Testament. (“Can you pull in the Leviathan with a fishhook, or tie down his tongue with a rope? … Can you make a pet of him like a bird, or put him on a leash for your girls?”) In the isolated town on the northern coast of Russia where the movie takes place, not far from Murmansk, a dead whale washed up on the stony beach some time ago. Its magnificent skeleton has become a local landmark, and also becomes a grand unexplained symbol at the center of the film’s visual universe.

But “Leviathan” is also a reference to Thomas Hobbes’ seminal work of 17th-century political philosophy, arguing for a social contract founded in rule by an absolute sovereign. Hobbes believed that rule by a strongman was the only way to ensure a productive, peaceful and orderly society, and we see that theory embodied in highly ironic form in the corpulent, drunken and thoroughly corrupt mayor (Roman Madyanov) who dominates life in this bleak but remarkable landscape of stones, shrubs and stormy ocean alongside the Barents Sea. A sanctimonious, self-righteous and small-minded figure, the mayor holds the reins of secular power but defers in matters of the soul to the local Russian Orthodox priest, with whom he has hatched a scheme for the town’s renovation.

This pair of factotums are behind the persecution of Kolya (Aleksey Serebryakov), a handsome if hotheaded mechanic and family man who may ultimately be the Job-like tragic hero of “Leviathan,” or at least takes his turn in that role. But behind them – way, way behind them – stands the Leviathan of post-Soviet Russian politics, a figure who is never named and seen only in the official portrait on the mayor’s wall: Vladimir Putin, who is certainly not the sole target of Zvyagintsev’s dark satirical portrait, but is nonetheless important. Backed by the trickle-down power of the Putin state, the mayor has condemned the house and repair shop, set on a dramatic if barren peninsula, where Kolya and his beautiful younger wife, Lilya (Elena Lyadova), live with Kolya’s troubled teenage son, Roma (Sergey Pokhodaev).

In his effort to fight city hall (literally), Kolya has summoned his onetime Army buddy Dmitri (Vladimir Vdovichenkov), who is now a hotshot Moscow lawyer and the sort of guy who believes in the expressed ideal that Russia is now a society governed by the rule of law, despite abundant evidence to the contrary. But like every jaded and restless stranger from the big city in every story about rural Russia, Dmitri brings trouble with him. It wouldn’t be fair to tell you more about the dense and multilayered plot devised by Zvyagintsev and co-writer Oleg Negin, except that the tension keeps growing and every major character – Kolya, Lilya, Roma, Dmitri and even the mayor – gets a chance to occupy the center of the story.

The story begins during the damp, brief and blustery Arctic summer, captured in almost tangible and achingly beautiful detail by cinematographer Mikhail Krichman (who also recently shot Liv Ullmann’s “Miss Julie”). There’s a drunken shooting party, pregnant with possible violence; an adulterous hotel-room liaison; a breathtaking display of masculine cowardice; a mysterious disappearance and a terrifying abduction. The rugged and remarkable coastal landscape, and the seemingly unavoidable whale skeleton, function both as an obstacle to the characters’ endurance and a reason to keep on going – a memento mori and a reminder that even at its cruelest life is too precious to throw away.

Zvyagintsev does not hold out some easy redemption to Russia, to this town or to his immensely flawed characters, and in that sense he recalls the harsh lessons taught by Dostoevsky, Russian literature’s supreme moralist. But there are still reasons to hope for renewal amid the devastating collapse of Kolya and Lilya’s family life and Zvyagintsev’s heart-wrenching final images. Some of those reasons can be found within the film itself, and others can be found in the fact that the film exists, a tragic, majestic, ironic and humane new classic of Russian cinema that blends the Old Testament, “Anna Karenina,” “Madame Bovary” and maybe a little “Twin Peaks” with almost effortless command.

“Leviathan” is now playing in major cities, with wider national release to follow.