The actress insists she was misquoted, but her newest comments aren't doing her any favors 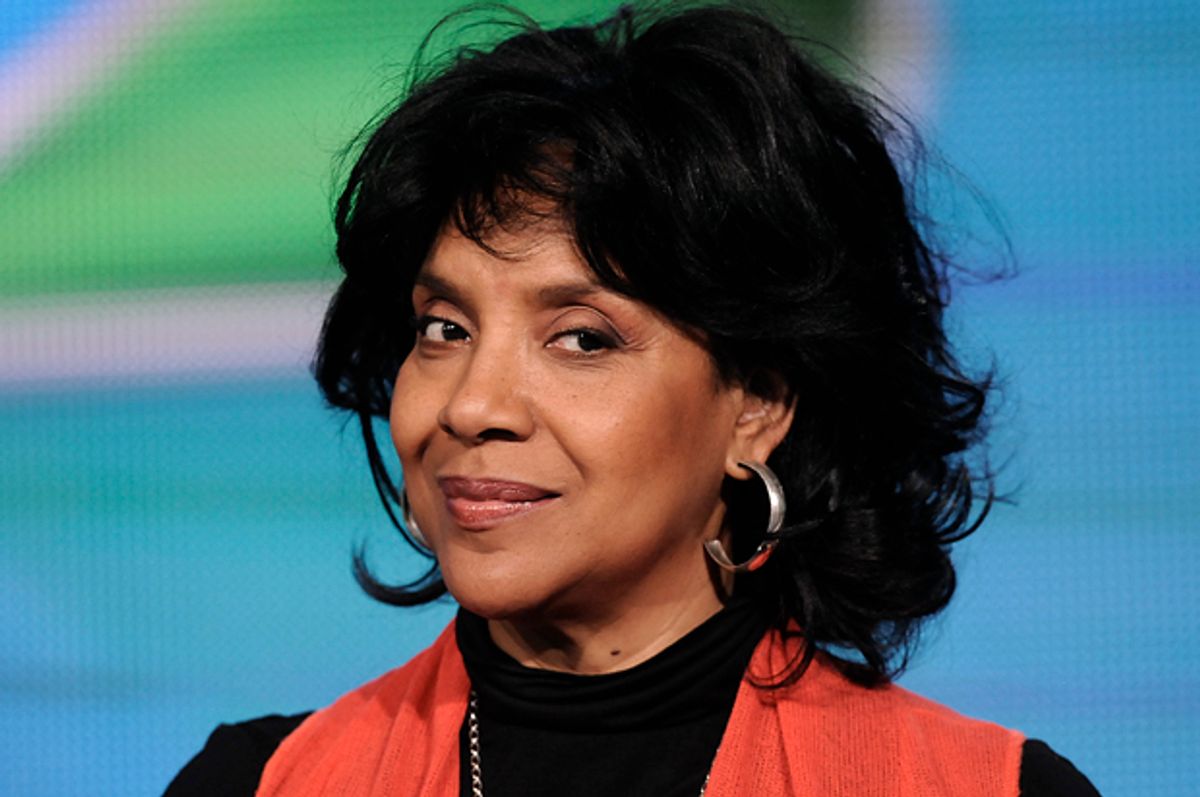 Phylicia Rashad would like to set the record straight regarding her recent comments about Bill Cosby – and the women who have accused him of sexual assault. Phylicia Rashad isn't really helping matters here.

The actress, best known as Cosby's unflappable, having-it-all wife Clair Huxtable on "The Cosby Show," sparked controversy earlier this week with her comments to writer Roger Friedman on Showbiz 411. At a studio event for the movie "Selma," Rashad told Friedman, "I don’t want to become part of the public debate," but was quoted as adding, "Forget these women. What you’re seeing is the destruction of a legacy. And I think it’s orchestrated. I don’t know why or who’s doing it, but it’s the legacy. And it’s a legacy that is so important to the culture." And responding to the claims of models Beverly Johnson and Janice Dickinson regarding Cosby's behavior toward them, she reportedly said, "Oh, please."

But on Wednesday evening, however, she attempted to clear the air – a little – in a conversation with Linsey Davis on ABC's "World News Tonight With David Muir." And she did it by saying of her former costar, "He's a genius. He is generous. He's kind. He's inclusive." Of the "Forget these women" comment, she says, "That was a misquote. That is not what I said. What I said is, "'This is not about the women. This is about something else. This is about the obliteration of legacy.'" (Showbiz 411, meanwhile has edited out the "Forget these women" line from its story.)

Rashad went on to say that "What has happened is declaration in the media of guilt without proof," and declare that in her experience of working with Cosby, "I had never heard that before. I can't even speak to those things and don't want to." And she continues to maintain that the allegations are part of an orchestrated campaign, though when asked who would do such a thing and why, she replied, "That's my question too."

Well, it's nice, I guess, that Rashad didn't come out and tell the world to forget the numerous women – including three more who came forward just Wednesday --  who say that the comic sexually assaulted them. But when you say, "I can't speak to those things and don't want to," you're essentially saying the same thing. You're saying, I'm not going to pay any attention to these very serious claims, from a variety of sources, spanning the course of decades. I won't, because the man I knew was "generous" and "kind." You're saying, I find it easier to believe that there's a conspiracy to ruin a man's "legacy" than to consider that even one of these women is telling the truth. And the thing that's so enraging about that kind of response is that Rashad could easily just say, "Hey, I don't know. He was wonderful to work with; he was respectful to me, and I don't have any answers about his private behavior." That would be acceptable. You don't have to, in your words, make a declaration of guilt without proof. But you could address the issue in a way that doesn't appear to blow off people who just might truly be sexual assault survivors. You could give them at least the same respect you reserve for your costar's precious legacy. You could entertain the idea that this is, in fact, very much about the women.