And Stewart gets a little help from Jason Jones, Jessica Williams and Hasan Minhaj 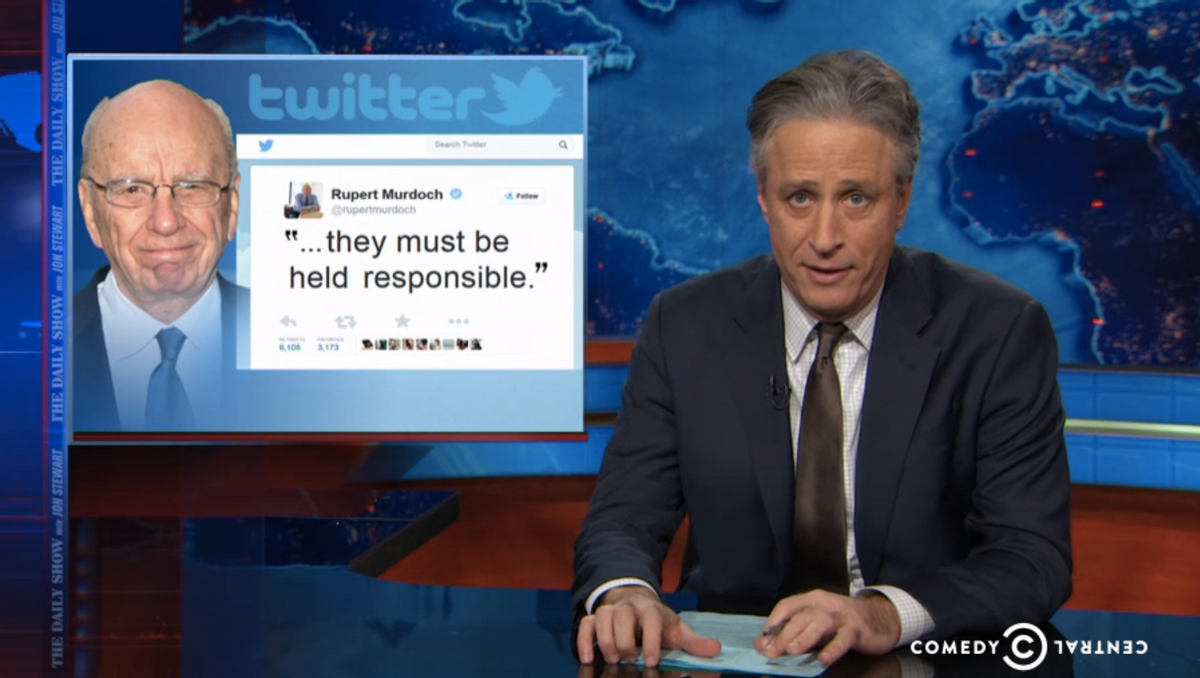 On Monday night Jon Stewart dissected the question of "who bears responsibility?" for the Paris attacks, and pointed out some problematic responses.

In particular "The Daily Show" host ripped apart Rupert Murdoch and his outrageous Twitter response to the Paris attacks. Murdoch's tweet, which stated, "Maybe most Moslems peaceful, but until they recognize and destroy their growing jihadist cancer they must be held responsible,”  was also swiftly dismantled by J.K. Rowling and Aziz Ansari.

Stewart then went on to bring out his expert "condemnologists" -- Jason Jones, Jessica Williams and Hasan Minhaj -- to make sure that the attacks in Paris were sufficiently denounced. Watch below: