Was this Oscar's worst snub?

The Academy dropped the ball all over this year, but ignoring "The Fault in Our Stars" was inexcusable 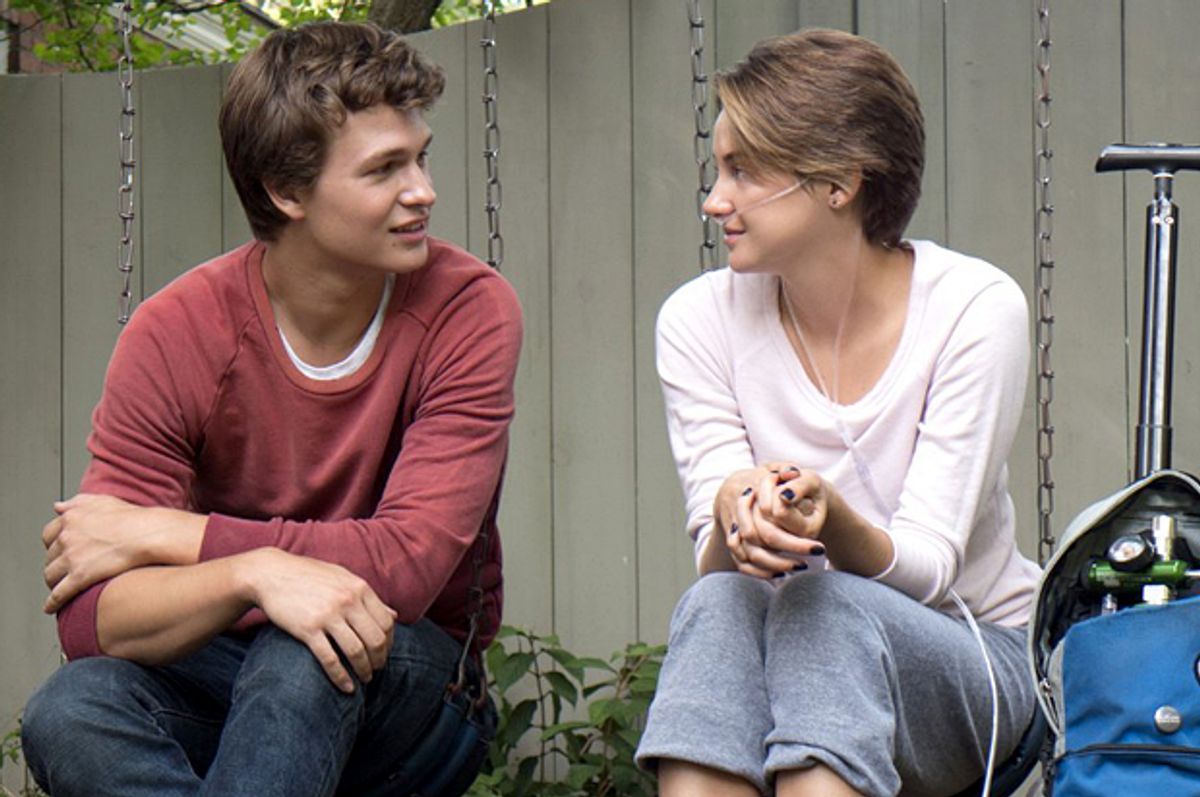 The Oscar nominations always bring with them a fair amount of controversy and dispute, but this year, there was an unusually high amount of WTF in Thursday morning's announcements. There was the hard-to-miss total snubbing of actors of color – maybe the Academy felt last year's victory for "12 Years a Slave's" Lupita Nyong'o was good enough a while? There was the surprising shutout of "The Lego Movie" in the animation category, despite its box office success and glowing reviews. There was the baffling amount of nods for Clint Eastwood's "American Sniper," a movie Vulture on Thursday called "despicable." There were the acting snubs for the dark turns of "A Most Violent Year" and "Nightcrawler." But I come now not to dwell on those omissions, because others have already taken up that cause. I come instead to say, hey, remember "The Fault in Our Stars?" And relatedly, to say, yo, fogeys of Hollywood, why does YA get no respect?

Far be it for me to suggest that "The Fault in Our Stars," the heartfelt, spot-on film version of John Green's lovely, funny blockbuster novel, was the best film of 2014. But I see a whole lot of movies, and I can safely say it was certainly just as heart-tugging and inspirational as Oscar Best Picture nominees "The Theory of Everything," "The Imitation Game" and "Grand Budapest Hotel." Laura Dern, who received an Academy Award nomination for her role as a loving, easy to idolize mother in "Wild," was just as good as the agonized mother of cancer patient Shailene Woodley in "TFIOS." And Woodley, for her part, could easily go toe-to-toe with current Best Actress nominees Felicity Jones or Reese Witherspoon for her luminous, unflinching realization of one of the best-loved characters in contemporary fiction, Hazel Grace Lancaster.

Why, then, of all the movies to be unjustly ignored by the Academy this year was "The Fault in Our Stars" among them? Let's be clear – I don't believe there's a huge Hollywood conspiracy against author John Green, whose novel "Paper Towns" is set for release later this year, or Shailene Woodley, who's rapidly becoming one of the most bankable young stars in the industry. What am I saying instead simply is, here's yet another way to be ignored for accolades: Tell stories about young girls.

This year's Best Picture nominees – from "Whiplash" to "Birdman" to "American Sniper" to "Boyhood" -- are literally all stories about males. Female-centric movies like "Wild" and "Gone Girl" and "Still Alice" have been relegated to the Best Actress category. Coming of age tales "Whiplash" and "Boyhood" dominate, but stories about young women are all but nonexistent. At least last year gave us female-driven Best Picture nominees "Gravity" and "Philomena," and recent previous contenders have included films like "Black Swan," "Winter's Bone" and "The Help." This year: That sound you hear is nothingness.

"The Fault in Our Stars" had the misfortune to be a summer film – almost always a handicap at awards time, though "Boyhood" and "Grand Budapest Hotel" seem to have dodged that particular bullet this year, no doubt helped by their directors' lengthy careers. The film was based on a book that appealed largely to teenage girls, and like "Hunger Games" and "Divergent" and "Twilight," that's fine at the box office but that's not important, like stories about important men, preferably real ones. It had, for a movie that would make you ugly cry all the way home, remarkable wit and silliness. It was easy to write off as summertime middle schooler froth, like a Meghan Trainor song or a binge watch of "Reign." It certainly wasn't a Clint Eastwood joint, which is I guess the baseline for what matters right now in 2015. But just so you know, "The Fault in Our Stars" was smart and beautiful and had a cast to kill for. It won't win Oscars but it won a lot of hearts. And it was as gold as it gets, despite what the Academy thinks.