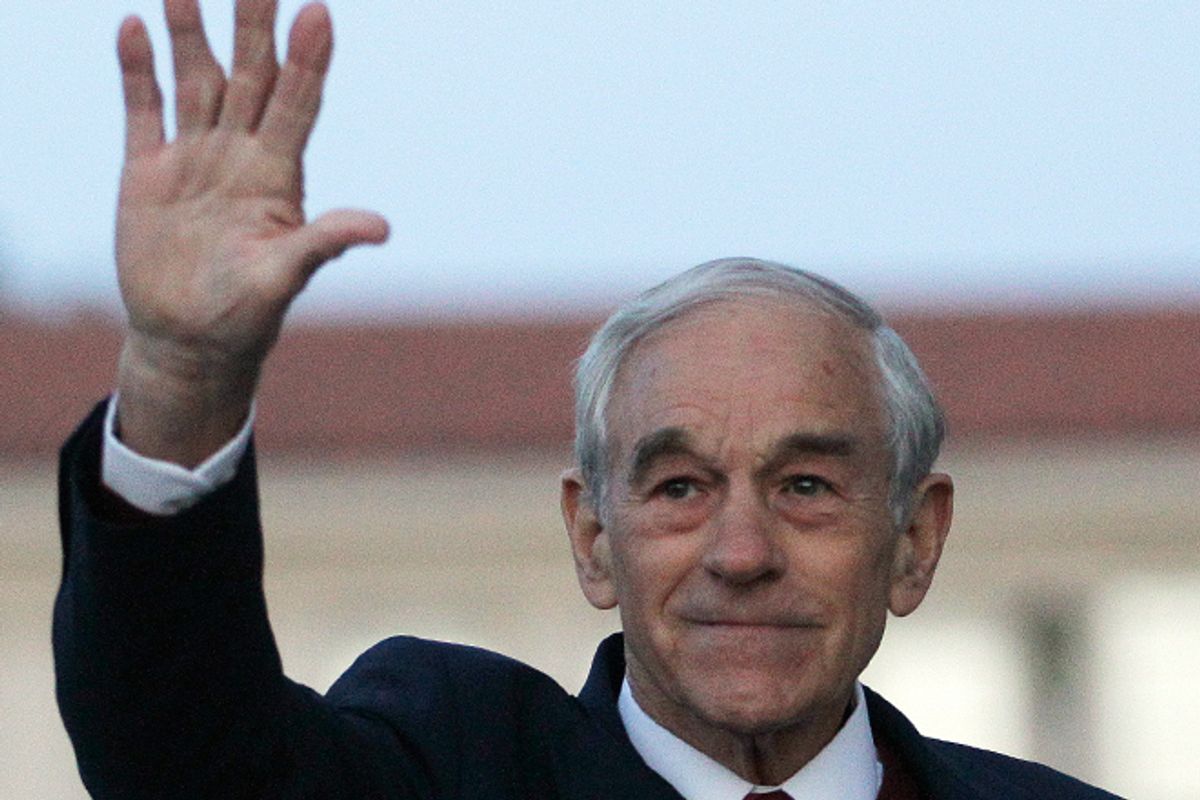 Two days after the Ron Paul Institute for Peace and Prosperity republished a column suggesting that last week's terror attack on the satirical French newspaper Charlie Hebdo was a "false flag operation," the former congressman himself weighed in on the conspiracy theory Friday, saying his group ran the column simply to pose some questions about the official version of events.

In the column, paleoconservative crank and Reagan administration Treasury Department official Paul Craig Roberts cast doubt on the notion that the Paris attack truly stemmed from Muslim anger over Charlie Hebdo's cartoons lampooning Islam and the Prophet Muhammad. Roberts, a notorious 9/11 truther, speculated that the U.S. government executed the attack to punish France for its independent foreign policy, citing its vote at the United Nations to recognize Palestine as a state and French President Francois Hollande's recent call to ease sanctions on Russia.

“Clearly, France was showing too much foreign policy independence. The attack on Charlie Hebdo serves to cow France and place France back under Washington’s thumb,” Roberts wrote.

Appearing on Newsmax TV today, Paul defended Roberts' column, arguing that neither he nor Roberts actually believe the attack was a false flag. They just Have Some Questions.

“I think he suggested it, he wanted a discussion and he has some really good things in there,” Paul said. "It’s a shame that the media doesn’t pick up and say ‘what about this chief investigator of this event committed suicide right in the middle of it?’ I have no idea what’s going on there but that to me is big stuff.”

The three-time presidential candidate -- whose son Rand is expected to mount a 2016 White House run -- contended that by his conspiracy theory, Roberts showed a healthy skepticism of government.

"It’s sort of like — the people of this country especially have lost a lot of confidence in governments per se, including our own," Paul said. "I mean, we’ve been trying to get to all the answers of Benghazi, and of course ‘Fast and Furious’ was a scandal, nobody believes those answers. Eighty percent of the American people don’t even believe the Kennedy Commission on who killed Kennedy. So people are very skeptical, and I think this is the whole point."

Though Paul maintained that the column wasn't a declaration that the U.S. government carried out the attacks -- it was merely an effort "to try to get the truth out,” he said -- he also implied that he finds Roberts' theory plausible.

“Of course we have Rahm Emanuel who says don’t ever let an emergency goes to waste, and I think that is part of what is going on there, this is a design to restructure and reorient people on foreign policy," Paul said.