"A puppet needs to project a personality": The original Muppeteer on how the business has changed

Dave Goelz -- who is the voice, mind and hand behind Gonzo -- has been performing with the Muppets since 1973 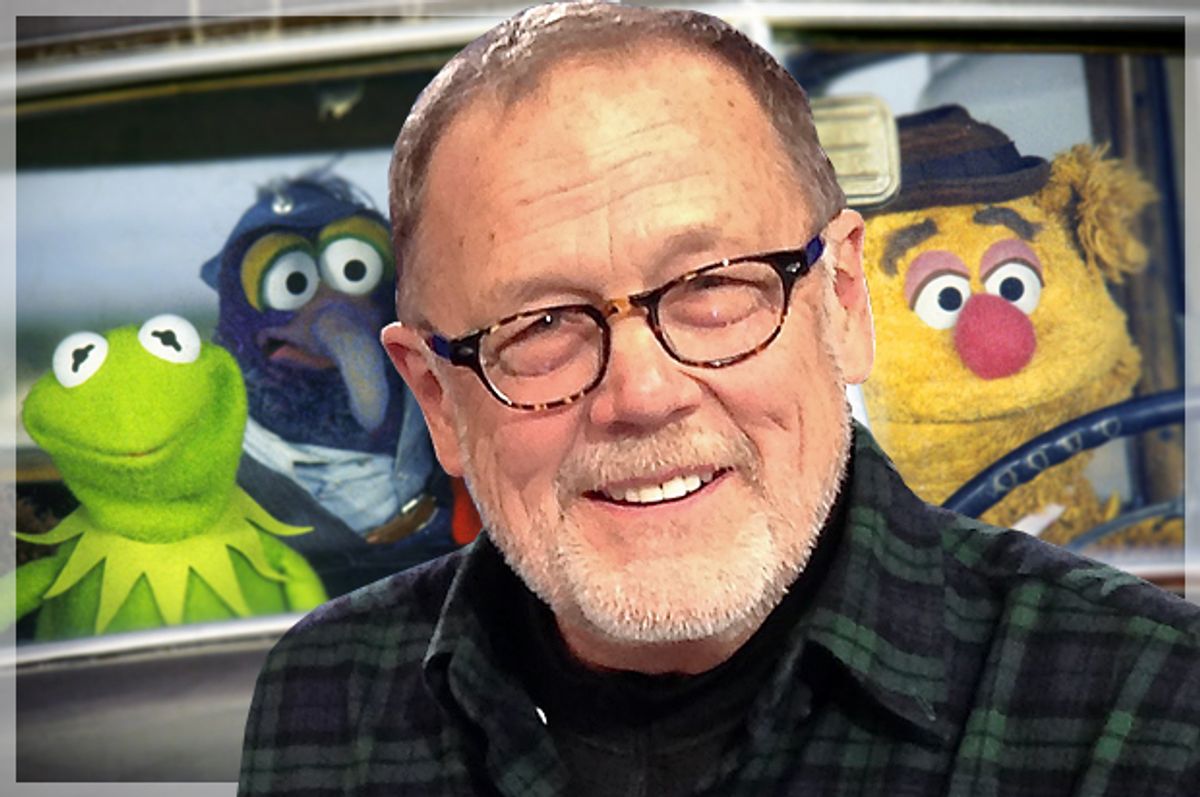 Dave Goelz is the creative mind, voice and hand behind The Great Gonzo, Dr. Bunsen Honeydew, Zoot the Sax Player and Boober Fraggle. He has been performing with the Muppets since 1973 after meeting Frank Oz at the New York puppetry festival. And since "The Muppet Movie" recently celebrated its 35th birthday, we spoke to Goelz, (pronounced “goals”), a former industrial designer, about his friendship with Jim Henson, the pain of puppeteering, and what exactly The Great Gonzo is.

"The Muppet Movie" is 35 years old. You told me there are now puppeteers working on the Muppets who only know Jim Henson as viewers of the movies and "The Muppet Show" --

And remarkably, they are just as protective of Jim’s legacy as those of us who worked with him. Jim’s philosophy somehow got through the screen to them. They have it.

We all act in service of Jim’s vision, but we’re not stuck to the past. Jim always wanted to try new things.

For "The Muppet Movie," you all had to scale up to puppeteering for the big screen instead of television. What was that process like?

In television there are often three or four cameras. With film, you’re usually working with a single camera. The film viewer is immersed in the action, whereas the television viewer is kind of “sitting in the audience.” It’s more like theater. Multiple cameras allow television to be shot much faster. I think of television as calisthenics, and film as craftsmanship. Both are important in honing a performer’s craft.

For the large film screen, we had to restrain our manipulation. And working with a single camera meant we had to match our action in every take, to enable cutting between different angles. While matching our movements, we also had to scale them to the shot. That takes a while to learn.

Puppeteering strikes me as a far more physical art than we often imagine.

Puppeteering is very physical. When I first started, my arm would throb from being held up so long. So the first thing I learned how to do was compartmentalize. You have to play the scene and ignore the pain.

I had some suits made in the mid-eighties. Instead of the usual two fittings, the tailor came back five times, because the entire right side of my back was overdeveloped.

We lean to the left to keep our heads out of the shot, and this caused the cartilage in my left hip to wear away. The same thing happened to my right shoulder, and I’ve had both joints replaced. And I thought it was a sissy profession.

Where did the idea for Gonzo come from?

While creating "The Muppet Show," our head writer Jerry Juhl suggested a character who did these dreadful stunts but thought they were high art. Jim pulled out a puppet he had made several years before for a special called "The Santa Clause Switch." He asked me to try the character.

Gonzo’s voice was originally pinched and babyish to reflect both his insecurity and mine as a young straight-off-the-couch performer. The puppet had fixed eyelids that looked sad. When I started to loosen up, I asked Jim if I could design a new Gonzo with an eye mechanism that would let him look excited. Which is why the character looks different after season one of "The Muppet Show."

By "The Muppet Movie" (1978), Gonzo had become soulful, more than just motorcycle crashes, singing “I’m Going Back There Someday.” In "The Muppet Christmas Carol" (1992), Jerry Juhl wanted to include Dickens’ narrative prose from the book, but didn’t want a narrator. He turned to Gonzo, and this added wisdom to his soulfulness.

[laughs] We didn’t know. Jerry Juhl wanted to answer the question, so he wrote "Muppets from Space" (1999), which revealed that Gonzo was an alien. Later, Frank Oz insisted that was just a movie, and we still don’t know what he is.

What skills does Gonzo draw on in you that are different from your other characters like Bunsen Honeydew, Zoot or Boober Fraggle?

The skills are the same but he comes from a different part of my personality.

I usually base my characters on flaws. I’ve got plenty of my own to draw from. I take an aspect of my personality, isolate and amplify it, and try to make it loveable. Gonzo is crazy but free. For Bunsen, it’s his lack of perspective. Zoot can’t communicate with others, but is in touch with his own muse. Boober Fraggle is fear-based, which is why he loves laundry. It’s clean, nicely folded and for the moment, he is safe.

You met Frank Oz at age 26 while you were working as an industrial designer for Hewlett Packard.

I was interested in puppeteering, but "Sesame Street" was fully cast and there wasn’t anything else happening at the time. Jim said, “You could be useful right away, designing and building in our workshop.” I had gone to Art Center College of Design in Los Angeles. I knew how to design and build things and had a feel for what made a good puppet.

What makes a good puppet?

A puppet needs to project a personality. So it can be sitting on a stand and you can say “I know who that guy is!”

A good puppet is also lightweight, durable, repairable and fits the performer. The puppet’s costume has to go with all of the above.

"How did you guys do that with puppets?" That’s a question people have been asking you about your work for decades.

For many years, the most asked question I got was “How does Kermit ride the bike in 'The Muppet Movie'?” Originally, a self-driving radio controlled rig was built, but broke just before the shot. So they rigged the bike as a marionette with three strings. Kermit’s head was radio-controlled.

In the "Great Muppet Caper" (1981) Jim said, “let’s outdo ourselves,” which is why you have multiple characters on bicycles riding every which way. That scene took a week to shoot.

In the early days, how clear was it to you all that the Muppets were destined for very big things?

"Sesame Street" brought the Muppets to prominence and was research-based. They had experts developing curriculum. But the Muppet performers work instinctively. We just try to amuse ourselves, innovate and advance the story.

But every group of artists says this. “We were just doing our thing and the world started to notice.” Was there an adult in the room, a Brian Epstein, steering you guys, professionally speaking?

Jim was both an adult and a child. He was very savvy and realistic — not at all naïve. But he was extraordinarily playful. He could be ridiculously silly in a meeting about licensing. He had very definitive feelings about how he wanted the company to run. But he didn’t talk about it. He just lived by example.

What happened to the Muppeteers as an entity when Jim passed away?

I had just flown home to the Bay Area after having worked in New York and found all these messages on my machine. It took me an hour and three phone calls to get it through my head that Jim was not going to live. I got back on a plane the same day.

That same day Brian Henson came home from London and asked the puppeteers if we wanted to go on. Every one of us felt that this was our life’s work. We didn’t know how we would continue without Jim. But we shared Jim’s philosophy, and wanted to continue to express it.

I have this idea that your characters are hanging on pegs at home where you lift them off to practice.

[laughs] The Fraggles are owned by the Henson Company and live in the company’s storage facilities. The Muppets are kept in Hoboken, New Jersey. When I have to do a show or appearance, they send me the puppet in a box.

It’s difficult to practice because it’s so unnatural. You need all the elements in place. The hardest part is working on camera. Literally it's about eight levels of multitasking — knowing the material, performing your character, physically not running into other characters while reacting to them, seeing your characters and the others in the correct monitor — and doing all this while you’re acting. You can only learn that while doing it, and it took me many years to accomplish.

What worlds do you have left to conquer as an artist?

It’s never been about conquering. I’ve been lucky enough to follow my passion, make a good living and help create a body of work that people appreciate — all the while growing as a person. I’m still doing it.