“We know exactly who today’s dream killers are": Why postal banking is so needed -- and on the rise

Lower-income Americans have been under-banked and abandoned. Now a progressive movement is fighting back (Updated) 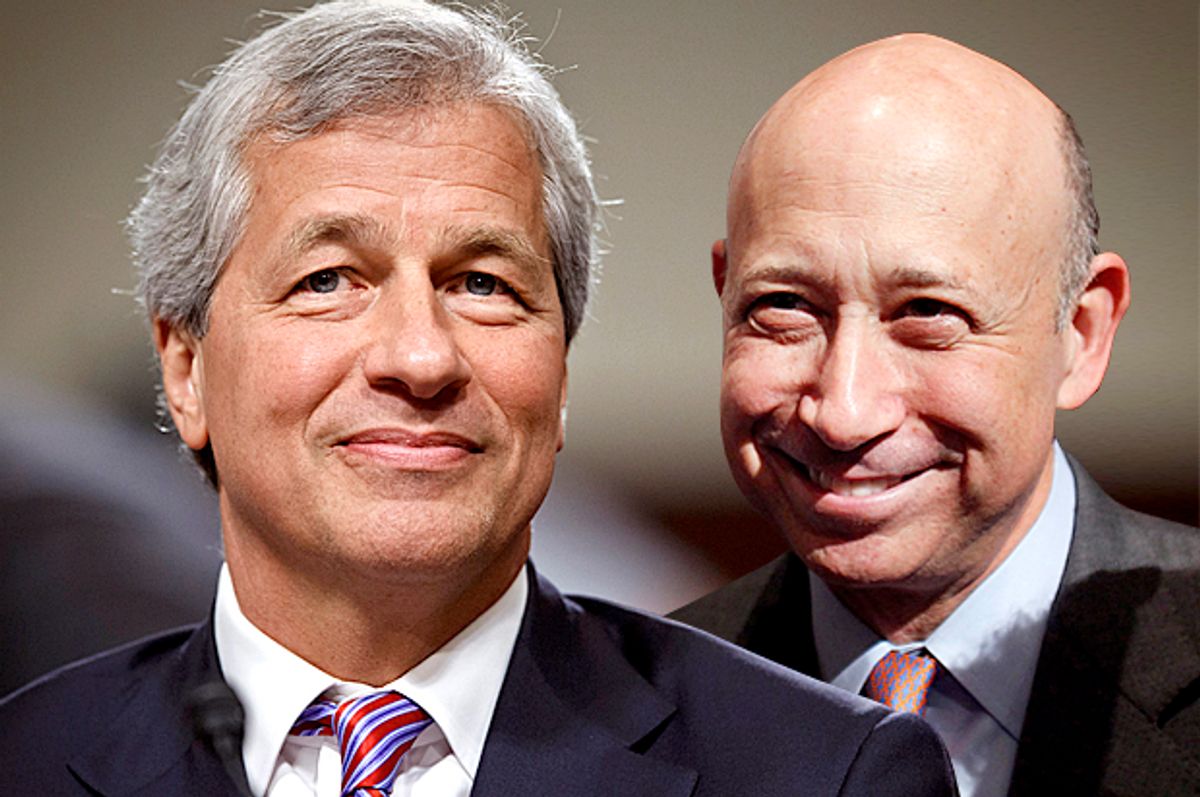 Postal banking — allowing the post office to serve over 67 million Americans with little or no access to financial services, providing low-cost alternatives that would both promote financial inclusion and shore up the finances of the nation’s second-largest employer — has enjoyed a bit of institutional support, from Senator Elizabeth Warren to the Postal Service’s own Inspector General. But it hasn’t had the benefit of an activist movement pushing for it, until now.

Yesterday, fifteen consumer, progressive and labor groups inaugurated the Campaign for Postal Banking, demanding the creation of a “public option” for affordable financial services for unbanked and underbanked Americans. The campaign denounces the high cost of what they call “legal loan sharks” like payday lenders and check-cashing stores, and lauds the array of benefits for millions of people from fair access to simple banking services. And they plan to build public pressure on the Postal Service management to establish postal banking under their own authority, without having to go through Congress.

The founding members include leading consumer watchdogs like Public Citizen and Americans for Financial Reform, faith and progressive organizations like Interfaith Worker Justice and National People’s Action, the Alliance for Retired Americans and all four major postal unions.

A companion report put out by coalition partner United for a Fair Economy, “Underbanked and Overcharged,” details the plight for those without stable banking access. Households using check cashers and payday lenders earn around $25,000 a year, and spend roughly $3,000 at these outlets — over 10 percent of their total income — on interest and fees. Consumers spend $103 billion a year on alternative financial services, according to the report, negatively affecting credit histories and wealth-building strategies.

This makes postal banking a critical inequality solution, the campaign argues. Low-cost postal financial services boosts real income and purchasing power for vulnerable communities, just like a wage increase. Postal banking “will let families put their own hard-earned money to productive use, while reducing reliance on public assistance at no cost to taxpayers — a major win for society as a whole,” said Marc Armstrong, president of Commonomics USA, another coalition partner.

With over 31,000 branches and a high level of trust among the public, post offices, which already perform some financial services through money orders and international money transfers and used to offer savings accounts from 1911-1967, can fill the need for affordable banking alternatives by providing debit cards, savings accounts and even small loans. The physical reach of the post office is a major asset. “Thirty-eight percent of zip codes in this country have no bank; every one of those has a post office,” the APWU’s Dimondstein said.

The transformation of low-income and rural areas into “bank deserts” has accelerated. Citigroup recently dropped retail branches in eight large U.S. cities, and JPMorgan Chase reduced its ATM footprint by 12 percent last quarter. Ninety-three percent of all bank branch closings since 2008 came in areas with average household income below the median level.

Commercial banks have shifted to mobile services, and retailers like Wal-Mart and Google have stepped into the breach to offer reloadable debit cards. But low-income communities on the wrong side of the digital divide could get left behind, or made vulnerable to price-gouging from for-profit corporations.

The target for the campaign is the current U.S. Postal Service management, which has thus far not been receptive to postal banking. In fact, under the leadership of Postmaster General Patrick Donahoe, they have been more interested in responding to a largely manufactured fiscal crisis (through the unconscionable mandate of pre-funding retirement benefits 75 years out) by closing processing plants, selling post office branches (which primarily enriches the husband of Senator Dianne Feinstein), slowing mail service and privatizing key services through partnerships with non-union retail outlets like Staples. New revenues have taken a back seat to a plan designed to slash nearly one-third of the workforce by the end of the year, the sharpest drop-off in employment in Postal Service history.

Donahoe will retire from the Postmaster General position at the end of the month (he took a shot at postal unions on the way out the door). His replacement, Megan Brennan, has not weighed in on revenue alternatives like postal banking, and unions are taking a wait-and-see approach.

However, in contract negotiations slated to begin February 19, the APWU plans to demand postal banking as part of a menu of revenue-raising options. “Our position is to expand and enhance postal services, not undermine them and degrade them,” APWU president Mark Dimondstein says. “Financial services will be on the table, it’s a significant area where we will have a conversation with the Postal Service management.” While seeking service changes is somewhat unusual in a labor contract, in this case, Dimondstein believes it connects directly to wages and hours for postal employees.

Management is currently in some disarray. Because of six open seats on the U.S. Postal Service Board of Governors, they are operating without a quorum, a dicey legal position that grants even more power to the Postmaster General. Congress failed to confirm Board of Governors nominees last year, and the President declined to make recess appointments. So far in the new session, the White House has only announced a nominee for one of the six vacancies, and Republican control of Congress makes confirmation doubtful.

Postal unions actively prevented Mickey Barnett, a former lobbyist for payday lenders, from re-nomination to the Board of Governors as its chairman. “There’s no way a lobbyist for the payday loan industry should sit on the board when the post office should provide banking services,” the APWU’s Dimondstein said.

Coalition members argue that only a movement will create the necessary pressure on USPS management to establish postal banking, and they have planned a mass education campaign and a national conference later this spring. “The decisive thing will be how well this campaign organizes and how involved people deeply affected by this social problem fight to win,” said Dimondstein.

Supporters do appear to have public opinion on their side. Recent polling for the Progressive Change Institute as part of their Big Ideas Project showed support for basic banking services at the post office by a 49-31 count. When poll respondents were informed that this would create competition for Wall Street banks, support jumped to 56-25. Even Republicans expressed plurality support for the concept.

"There is a hunger in America for big progressive ideas, and that's why the proposal to turn post offices into local banks is wildly popular,” said the Progressive Change Institute in a statement. Postal banking was one of the top ten ideas endorsed by participants in their Big Ideas Project.

Martin Luther King Day serves as an apt backdrop for the campaign launch. Over 53 percent of African-American households and 46 percent of Latino households are unbanked or underbanked. Alternative financial services and predatory lenders have historically clustered in communities of color. “We know exactly who today’s dream killers are: all the companies that drain the wealth of marginalized individuals in the name of profit or shareholder returns,” said activist and commentator Van Jones in the foreward to the United for a Fair Economy report.

Dr. King himself was deeply concerned with economic inequality, arguing that it didn’t matter whether a black man could eat at an integrated lunch counter if he couldn’t afford lunch. Postal banking not only relieves costs for poor communities of color, but preserves good-paying jobs at the post office, traditionally a ladder into the middle class. A new campaign dedicated to using all possible levers to make postal banking a reality serves as one way to fulfill King’s dream.

Update, 1/23/15: This post initially suggested that the APWU represents letter carriers; in fact, they are represented by the National Association of Letter Carriers.