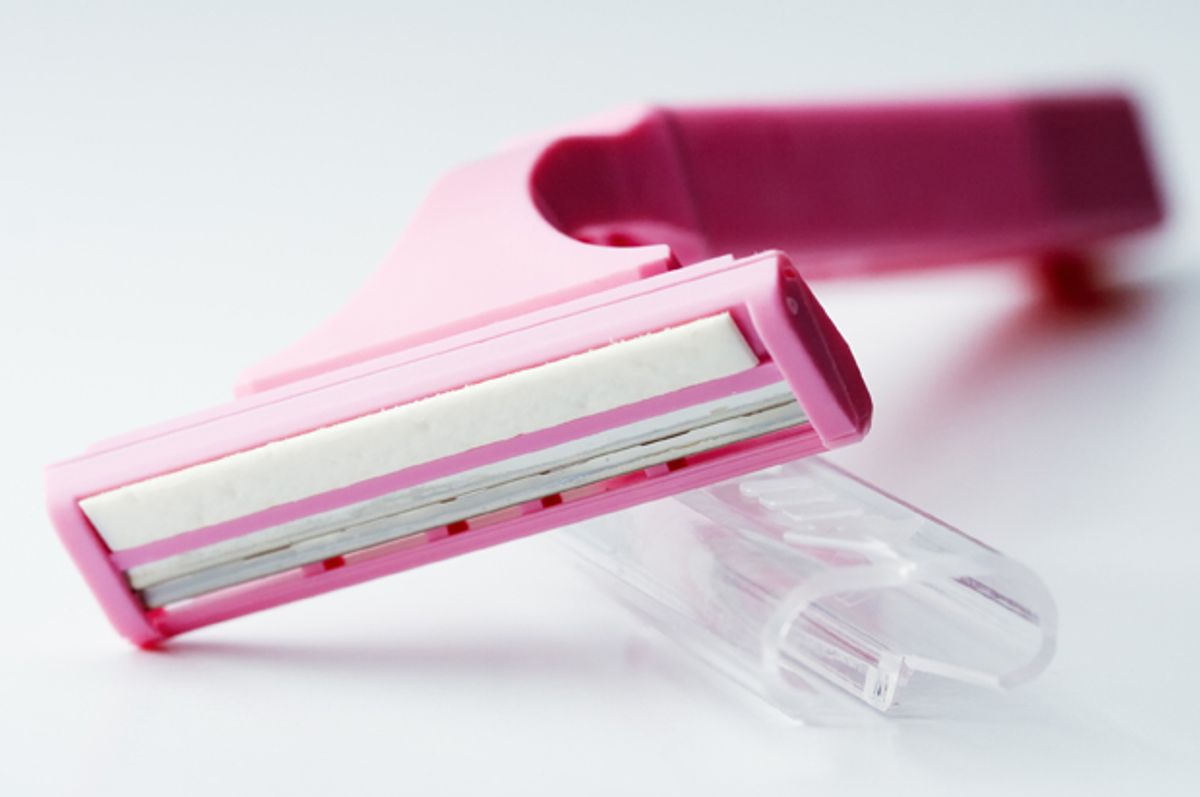 For our physical differences, on many points men and women are much the same. We have eyes. We have hands. We have nipples. We have naturally have hair on our genitals. It's just that, as everybody knows, women's nipples and body hair are obscene, and men's aren't. As evidence, just look to the most recent claims in the ongoing controversy over how Instagram patrols men's and women's bodies differently.

Instagram – like Facebook and other social media sites  -- has long awkwardly grappled with how to define what's appropriate material for its community. Along the way, it's attracted some very high profile criticism from the likes of Miley Cyrus, who has spent the past year on a campaign of nipple emancipation, as well as Chelsea Handler and Rihanna. Two years ago, artist Petra Collins had her Instagram account briefly deleted when she posted an image of herself from the waist down – and featuring a thin line of hair peeking out from the top. As she rightly questioned at the time, why was hers, out of nearly six million bikini photos on Instagram at the time, deemed unacceptable? Could it have been... THE HAIR? Last June, Instagram's CEO Kevin Systrom told BBC Newsbeat that "Our goal is to really make sure that Instagram, whether you're a celebrity or not, is a safe place and that the content that gets posted is something that's appropriate for teens and also adults" -- though "appropriate" seems very much in the eye of the beholder.

The photo-sharing platform found itself again the subject of debate earlier this week, after the online Australian magazine Sticks and Stones had a picture of two women in swimsuits removed – and its account temporarily revoked. The agency's director, Ainsley Hutchence, speculated to Mic Tuesday that that the problem seemed to be the ladies' unshaved bathing suit area. "Unfortunately Instagram has ruled out natural hair that appears on all bodies of women that don't trim their bikini lines. This hair occasionally does spill out of the sides of swimwear as it does on men in their underwear. But Instagram seems to be ok with man pubes," Hutchence said. "Clearly this is absolutely sexist. Instagram believes that women should wax or get off their platform." And indeed, while there is no shortage of obvious manscaping on Instagram as well, Justin Bieber's low-slung new Calvin Klein ad survived with no controversy – along with plenty of other easily obtained images of men who clearly keep it hirsute down in the groin department. (It was research, I swear.)

Yet in a rare and welcome reversal, an Instagram spokesperson admitted to the Huffington Post Wednesday, "We don't always get it right" and said, "We try hard to find a good balance between allowing people to express themselves creatively and having policies in place to maintain a comfortable experience for our global and culturally diverse community." The Sticks and Stones account, and the photograph, short curlies and all, have been restored.

Frankly, the "global and culturally diverse" line still smacks heavily of condescension – there's the implication of pubic noblesse oblige in there, a grudging acknowledgment that some places in the world may not yet be up to speed on the wonders of female bikini waxing. And it's pretty ridiculous that Instagram is a veritable wonderland of butt cheeks and camel toes but can be so easily spooked by a female nipple or some errant hairs. Here's what it still needs to get clear on: It not about cultural sensitivity; it's about gender equality. It's about understanding that women's parts aren't inherently any less appropriate than men's.