"No, it doesn't work like that!": Inside the mind of Rabbi Shmuley Boteach 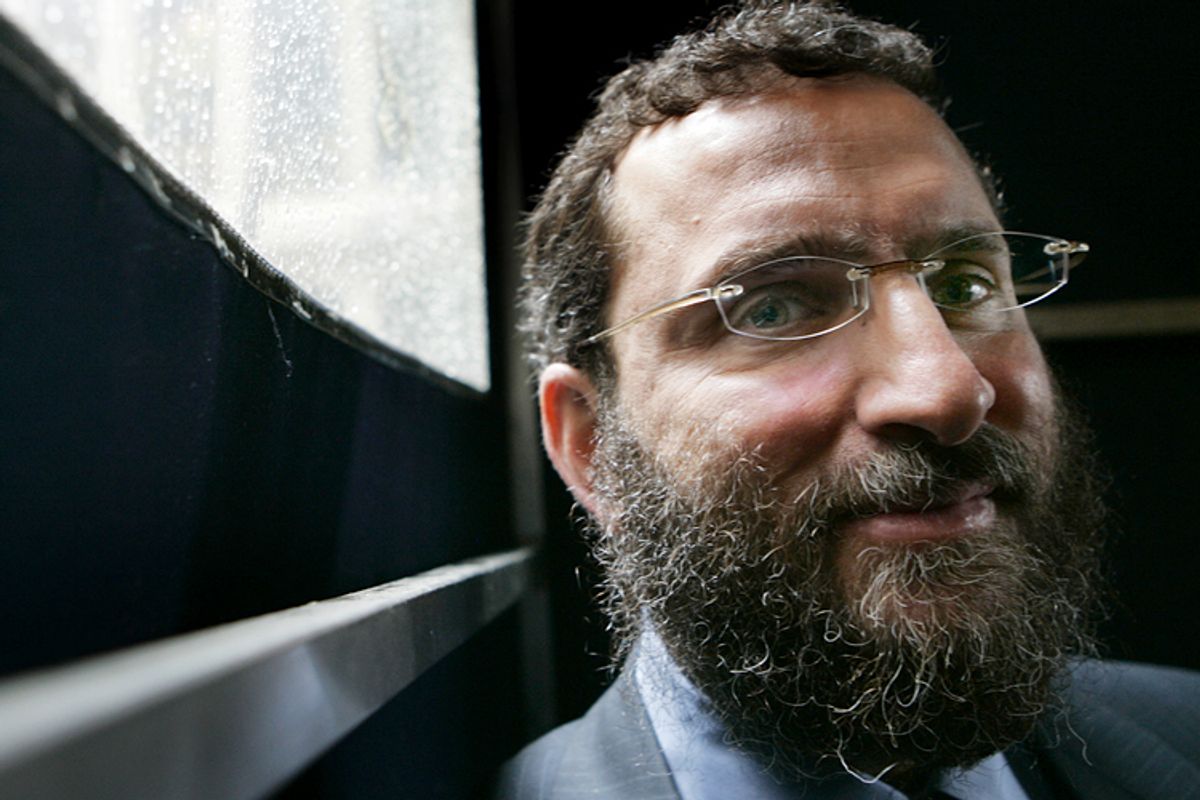 After Thursday’s news that both President Barack Obama and Secretary of State John Kerry would forgo meeting with Israel Prime Minister Bibi Netanyahu during his planned visit to the Capitol in March — which is universally being seen as a rebuke to the PM for accepting Speaker John Boehner’s invitation to speak before the Congress, almost certainly in opposition to the administration’s ongoing negotiations with Tehran — it may now be the case that relations between the political leaders in Jerusalem and Washington are more strained than they’ve been in at least a generation. And this isn’t the first controversial appearance Netanyahu’s made this year, either.

With the jihadist attacks on the Parisian satirical magazine Charlie Hebdo, Netanyahu's tensions with the White House, the upcoming Israeli election and the debate over whether the world needs to see a more forceful repudiation of radical Islam dominating the headlines thus far in 2015, Salon spoke over the phone recently with one of Israel's most unabashed (and, it probably goes without saying, controversial) defenders, Rabbi Shmuley Boteach. Our conversation, which touched on all of the above — as well as Boteach's recent defense of another stalwart Israel proponent, Alan Dershowitz — can be found below and has been edited for clarity and length.

You recently penned a strong critique of Palestinian President Mahmoud Abbas, whom you described as authoritarian and corrupt. Aside from Abbas’ virtues, or lack thereof, do you see an alternative option for those in the U.S. and Israel who are looking for a Palestinian partner to work with in order to resolve the Israeli-Palestinian conflict?

Israel's position with regards to pressuring Abbas to have democracy has not helped, because people just give him this carte blanche without holding him accountable for his own deplorable human rights record.

If I could change topics, I’d like to ask you about your recent call for members of the Jewish community in the U.S. and abroad to be more vocal in their defense of Alan Dershowitz, who’s right now dealing with accusations of rape. What’s your argument, in brief?

In the case of Dershowitz, what we have is a woman, Jane Doe No. 3, who didn't even make direct accusations about him in filing charges against him or in filing a lawsuit against him. She basically filed a lawsuit against the government and against an individual and, as an aside, mentioned a few other people — one of whom was Alan Dershowitz. To my knowledge, no evidence has been provided ... I believe that someone who has served the public good deserves a little bit more than people not coming to his defense and saying, at the very least, to the attorneys who filed the lawsuit, that they need to give some sort of evidence before they destroy a man's name.

Why is this relevant specifically to the Jewish community? Because the battle for the State of Israel is a public relations battle. In other words, Israel has a very strong military — thank God … What it cannot do is defend itself if its military actions are seen as criminal. This is really a P.R. battle. You can have one CNN camera, one MSNBC camera, one Fox News camera neutralizing an entire Israeli battalion. How does Israel defend itself if its commanders — generals, lieutenant generals, majors, colonels, captains — are threatened with arrest when they take their kids on vacation to London?

Alan Dershowitz is one of the principal defenders of Israel in the media, which allows Israel to defend itself. Before we allow his reputation to go under, I absolutely do believe that those of us who are in the Jewish community have a responsibility to say: Listen, this man has a sterling character; he's never been accused of this before by anyone, there is nothing but this one accusation, no evidence has been provided, he's important to us, he's relevant to us. Why wouldn't I say that?

Do you think the fact that Dershowitz is so intimately involved with the politics surrounding Israel and its image in the West is part of the reason why some have been hesitant to stick their necks out on his behalf?

That may be the explanation … I don't know the facts of this case, but just as a reader, I can look at the lawsuit and say: Wow, if he did these things, I would think that charges would have been pressed or he would at least have been sued directly. I can't imagine he would just be mentioned as an aside in another lawsuit; it's just uncommon for charges of this nature to be brought up in this manner.

I don't know the specifics and I'm not standing up against these allegations — I'm standing up for the man. I'm saying that this man has real character; this man has served the public good; this man is a world-renowned law professor; this man has raised thousands of students to respect the law, argue the law, serve within the law. To just immediately discount that and not stand up for him seems to me to be incongruous.

Any thoughts on his recent fight with MSNBC’s Lawrence O’Donnell? The host felt Dershowitz was blaming France, in part, for the Charlie Hebdo attacks, because the country’s foreign policy has not been adequately concerned with the threat of radical Islam. Dershowitz disagreed with that characterization of his remarks. What’s your read on it?

Let me be honest: I saw the headline but I have not read anything about it yet ... I did not see the interview so I'm not commenting on what Professor Dershowitz said, because I have absolutely no idea. I'm speaking for myself …

It's immaterial whether France is an anti-Semitic country. What is material are the incidents that are taking place towards the Jewish population, regardless of motivation. I grew up in Miami Beach, Florida. If there were hurricanes five times a week, even though there's no motivation to hurt me, I probably would move to New Jersey — not because anyone wants to hurt me, but because I'm going to get hurt. The motivation here is not what matters. What does matter is what is happening to the Jewish community and it's scandalous and outrageous.

So if you lived in France, would you leave? Would the hurricane be bad enough to make you decide you’d be better off somewhere else?

As far as what I would personally do, I would agitate in the streets, to be honest. No, I wouldn't be chased out of any country. If I choose to move to Israel, it's to fulfill the lifelong dream of the Jewish people to live as a sovereign nation in our ancient homeland, not because I am chased out. That doesn't mean that if I were forced to be chased out, like under Nazi Germany where there was truly no alternative, then of course. But I don't want Jews to be chased out of countries. France is a liberal democracy. The Jewish community should be marching in the streets, demanding their rights...

[Recently], I saw “Selma” — what an amazing movie — and Martin Luther King was the greatest American of the 20th century. He restored America to its founding principles. He was also told that the South is just awful, that blacks in the North lived with greater dignity, and so maybe that was the solution — everyone should just leave Mississippi and Alabama, leave Montgomery and Birmingham and Selma. His opinion was: What are you talking about? This is the United States; we're not leaving anywhere!

You also recently advocated for a “Million Muslim March,” arguing that the world’s many moderate Muslims need to make a symbolic gesture to show that they do not condone the violence carried out by jihadists in their religion’s name. What do you say to those who believe that such a request is unfair, who feel they have no obligation to separate themselves from what is patently abhorrent?

Americans had to distance themselves from McCarthyism, which was nowhere near as bad as blowing people up on buses. It was the Americans that had to repudiate racism and segregation [in the Jim Crow South]. What's interesting about “Selma” is that it starts with King winning the Nobel Peace Prize in Oslo. That was given by the Europeans to show that they deplored American segregation, Jim Crow and racism; but that's not enough. Americans are the ones who had to repudiate it, who had to pass the Civil Rights Act of 1964 and the Voting Rights Act of 1965.

To the extent that they don't, I think that their religion is going to continue to pay a terrible price from people questioning how all these terrorists stem from Islam. Then you have unfair associations made between Islam and these terrorists because the mainstream are not getting up and saying: These people are a cancer on our society and we condemn and repudiate them. They have to do so in large numbers and not just through press releases.