When I'm asked if I feel safe in France as a Jew, I know what they really mean. My answer is always the same 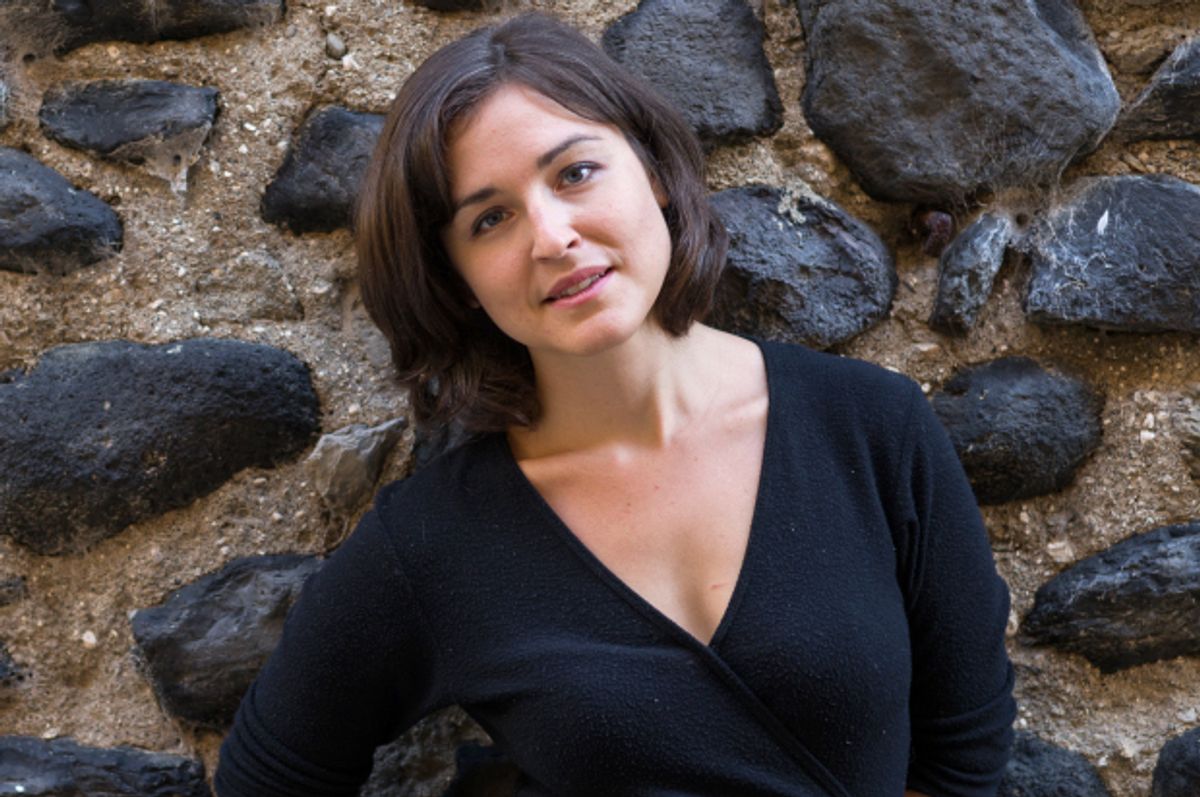 A photo of the author. (Random House/Tristan Zilberman)
--

After “Do you miss home?” the question I am asked most frequently about my 10 years in France is, “Do you feel safe as a Jew?” Invariably, the query cloaks another, usually unspoken one: Am I afraid of all the Muslims? And so I wish to say what a decade here has shown me: The generalizations contained in those questions frighten me more than any experience in France ever has.

I don’t mean this in ideological or statistical terms, although those are important points to be made as well. Those terms are too general, and what I wish to share is the opposite; it is purely personal. But as the wave of terror that follows crimes committed in the name of any creed or god pushes us to embrace stereotypes and generalizations, I believe it bears repeating: In my 10 years on French soil I have learned that choosing how and when to discuss my Jewishness with a French person can be a fraught and sometimes painful affair – unless, that is, he or she happens to be Muslim. I have never been treated with anything approaching intolerance by a Muslim in France; more often than not, I am hailed and welcomed as a kind of distant cousin.

When I first arrived here, I was lunching alone in a restaurant in the small village where my family and I now live. I asked for my salad without lardons, the bits of cured ham the French would probably put in their toothpaste if they could find a way to do so, and when the owner served me, he smiled. “Cacher,” he whispered, raising an eyebrow at the Star of David around my neck. “Comme moi.” Kosher. Like me. I returned his smile gratefully but didn’t quite understand – not yet, at any rate. His name was Rachid.

During the years we lived in Paris my husband worked for a company that restored historical monuments. It was an all-male, testosterone-charged environment that fostered sexism, racism and homophobia, and my husband spent many a lunch break considering which comments he would or wouldn’t let slide. After years with a Jewish wife, it was often the non-Muslims’ attempts to get the Muslims to eat pork and drink wine that bothered him most. One day, a Muslim colleague asked him why. “My wife doesn’t eat pork either,” my husband explained.

“And she follows the dietary laws?” the co-worker inquired.

“Sure she does,” my husband replied with a wink. “Wine every Friday night – it’s a commandment.”

After this exchange, the man was always particularly friendly to my husband and always sent me his good wishes -- and a Shabbat Shalom if they happened to cross paths on a Friday.

A favorite moment of my High Holidays in Paris was with our neighbor Kamel, the Tunisian Muslim who owned the corner grocery and set aside no-pork gummy candies for me, which he never would let me pay for. Every year, he would flag me down a few days before Rosh Hashanah to press bags of jujubes and fresh dates into my hands – the traditional New Year’s treat for Sephardic Jews in North Africa.

To return to that all-too-common question, and my answer to it: If past experience is any indicator, these stories will be met with accusations of idealization, illusion or anecdote. Every scary thing that can be attributed to someone claiming to be Muslim seems to fuel my interlocutors’ desires to argue I should be afraid. But I cannot be: My own family’s wounds are a constant reminder of how the temptation to demonize those of another, “other” faith scars Europe’s history.

My grandparents came of age in France in the 1930s. Then as now, disquiet abounded about the impact of immigration from the East, on jobs, on the social order, on a venerable civilization. It was a different East (Europe instead of Middle), and it threatened Judaization instead of Islamification. Then as now, ordinary and well-meaning people believed that they had legitimate reason to be afraid of others who were not like them. Then as now, ordinary and well-meaning people were seduced by demagogues playing to the all-too-human tendency to generalize and categorize.

So whenever I am pushed to relinquish my experience of kinship with French Muslims, I think of my grandmother, Anna Munster, whose total refusal to place herself in any kind of category was a great lesson to me.

A highly qualified chest physician and also a Romanian Jew, Anna fled France for Switzerland in the winter of 1942, where she spent most of the rest of the war overworked and underfed, serving other refugees in a series of “voluntary” medical posts. Years later, she was invited to seek compensation from the Swiss government for her labor and for the mistreatment that often accompanied it. Her claims would have been entirely justified: My grandmother was never paid close to a fair wage for any of her work and suffered both severe malnutrition and harassment as she performed it. But she always declined to do so.

She gave a lot of reasons, some more articulate than others, for her decision, and most of them ended with this sentence: “It’s so much more complicated than that.” My grandmother built her life on a single generalization, that every human being is his own particular self. She had seen firsthand how destructive categories could be, and would not voluntarily enter one. Becoming a victim or a plaintiff would, in her eyes, have required her to relinquish the unique facets of her individual experience – including every moment of kindness and generosity she had known in Switzerland – and place herself in a category. To do so even for a moment was, in her eyes, to betray the principle by which she lived her life. She had barely survived the carnage that ensued when humans stray into smaller, baser categories, and she wasn’t having any part in it. The Swiss didn’t cause her pellagra; thoughtless individuals who abused their power did. Islam didn’t attack Charlie Hebdo; cruel individuals who believe it’s acceptable to kill others to make a point did. To give credence to a negative whole is to deny the potential for good in each of its individual parts.

Today, as we mourn the victims of Charlie Hebdo, every last one of whom died upholding the values of tolerance and freedom for which the French Republic stands, I also remember Anna, who came here to study medicine because France was a beacon for humanist ideals. Her life was nearly destroyed as those around her allowed themselves to abandon those ideals and to generalize a group of individuals into an obscure enemy. We owe it to one another to remember that lesson. I am not safe as “a Jew in France.” Nor are any of the “Muslims” here. No one can ever be safe in a category. It’s so much more complicated than that.

Miranda Richmond Mouillot is the author of "A Fifty-Year Silence: Love, War, and a Ruined House in France." Born in the heart of the Blue Ridge Mountains, in Asheville, North Carolina, she now lives in the South of France with her husband, daughter and cat, and works as an independent academic translator and editor.