The Disneyland outbreak is the anti-vax tipping point

We've gone from "elimination" of measles to a surge in cases -- can you please vaccinate your kids now? 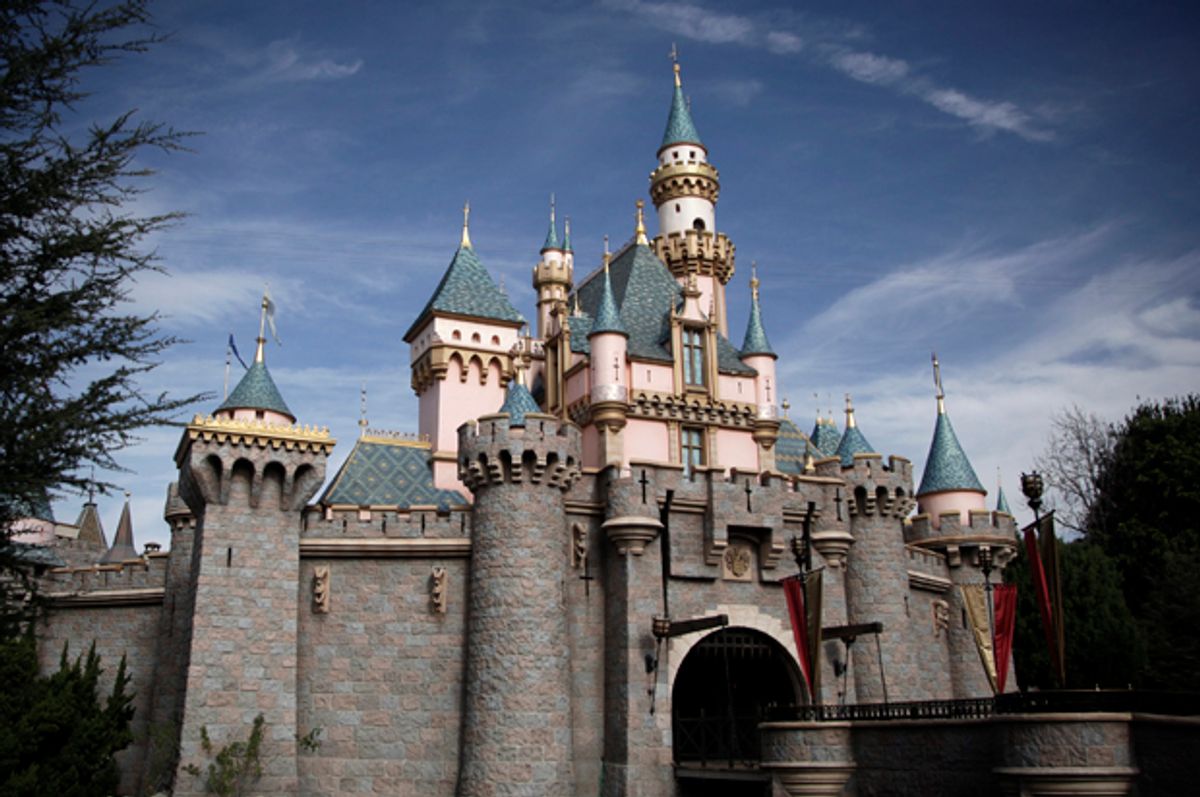 Hi, parents who don't vaccinate their children. Just thought you should know you're the worst. Oh, and thanks for all the measles! But the good news for the rest of us is that after years of enduring your profoundly unscientific rants against flu shots, your tenacious loyalty to a debunked, discredited doctor's claim that there's any link between the routine measles, mumps and rubella (MMR) vaccine and autism, and the way you keep showing up on TV to promote your thoroughly groundless assertions about "asthma, allergies, ear infections — all kinds of things," you've now really ticked off your fellow Americans. You messed with Disneyland. And you're going to have a hard time coming back from that one, crackpots.

In the past few weeks, at least 70 new cases of measles have been reported, linked to an outbreak believed to have originated at Disneyland. The outbreak, which has been largely confined to California but has spread to five states and Mexico, has affected five Disney employees, and guests ranging in age from 7 months to 70 years old. An AP report last week noted that California usually expects around 60 new cases of measles per year. As Katie M. Palmer explained Monday in Wired, this is sobering news for everybody. Because while the majority of outbreak patients had not been vaccinated, "including kids who were too young for the shots and anti-vaxxers who chose against them," six of them had been vaccinated.

And both of these factors, you see, are why vaccination is not, as some parents claim, a personal choice. It's not one of those, hey, you do what's right for your children and we'll do what's right for ours and we'll all just stick to silently judging each other's choices. That's for Ferberizing and hiring a preschool admissions coach. Nope, this is about not being selfish and putting the person in front of you on the line for Pirates of the Caribbean at risk for a highly contagious respiratory disease. That's a jerk move. That person may, for any number of reasons including age, country of origin or family choice, not have been vaccinated, and the more people who are not vaccinated the easier it is for the disease to spread. Or that person may be, as roughly 3 percent of vaccinated people are, simply resistant to the vaccine -- which makes exposure to infected people extremely risky.

Here's what bringing measles back means. The CDC estimates that "About three out of ten people who get measles will develop one or more complications including pneumonia, ear infections, or diarrhea." Roughly one out of every thousand children who get measles will develop encephalitis, and one out of every thousand will die. Maybe that doesn't sound like a lot, but remember, this is a disease that 15 years ago was declared "eliminated" from this country – thanks to vaccination campaigns.

If you live in a place where you may never come in contact with someone with measles, it's going to be hard to get it even if you're a baby who hasn't had her shots yet, or a vaccinated person who's resistant. But put those vulnerable people in a growing stew with other vulnerable individuals, and the potential for a wide-scale health crisis is high. Last year there were 644 measles cases in the U.S. across 27 states -- a higher total than the previous four years put together.

It seems like just yesterday anti vaxxers were writing children's books to "educate children on the benefits of having measles and how you can heal from them naturally and successfully." And even now, plenty of parents remain unswayed by the rising tide of cases. Speaking with the LA Times this week, Dee Klocke, a mother whose children attend an Orange County Waldorf School, asked, "What if they experience it? So what?" Another mother, who opted to discontinue giving her kids booster shots, asks that people look at others' choices "critically, without so much blame." Last year, 41 percent of Orange County's kindergarteners were not vaccinated. Speaking to the Guardian, one Los Angeles parent said, "They have skewed the facts in favor of trying to sell people more pharmaceuticals. This whole vaccination thing is just a scam to steal your money." But others who've opted out of vaccines have now become conspicuously silent. Representatives from two private L.A. schools with low immunization rates among the student body didn't respond to the Guardian for its story. So maybe now that the anti-vaccine crowd is becoming less enthusiastic about talking, we could stop giving them a platform for their nonsense on our talk shows and Op-Ed pages? Maybe we could stop pretending they have any credibility?

I am fully supportive of parents who want to engage in an open and intelligent conversation with their pediatricians about their individual children's vaccine schedules. I also have gone through the disconcerting ride of having a child administered the wrong vaccine, and know how upsetting that can be. It's important to advocate for our children, and to approach healthcare as educated, informed consumers. But at the end of the day, I still don't believe in putting my fellow humans in the line of infectious diseases, because I'm a sentient being who realizes that the actions I take as a parent can have wide-ranging consequences for others.

If you feel very strongly about your children not being vaccinated, then do the rest of us a favor and explain to your children that, sorry, they really shouldn't go out to our theme parks and shopping malls and ball pits. I mean, it's just for everybody's own good. And you can leave the happiest place on earth for the rest of us.