"I always felt like I was very much kept in the dark": Meet the orthodox sex guru who's teaching women about pleasure 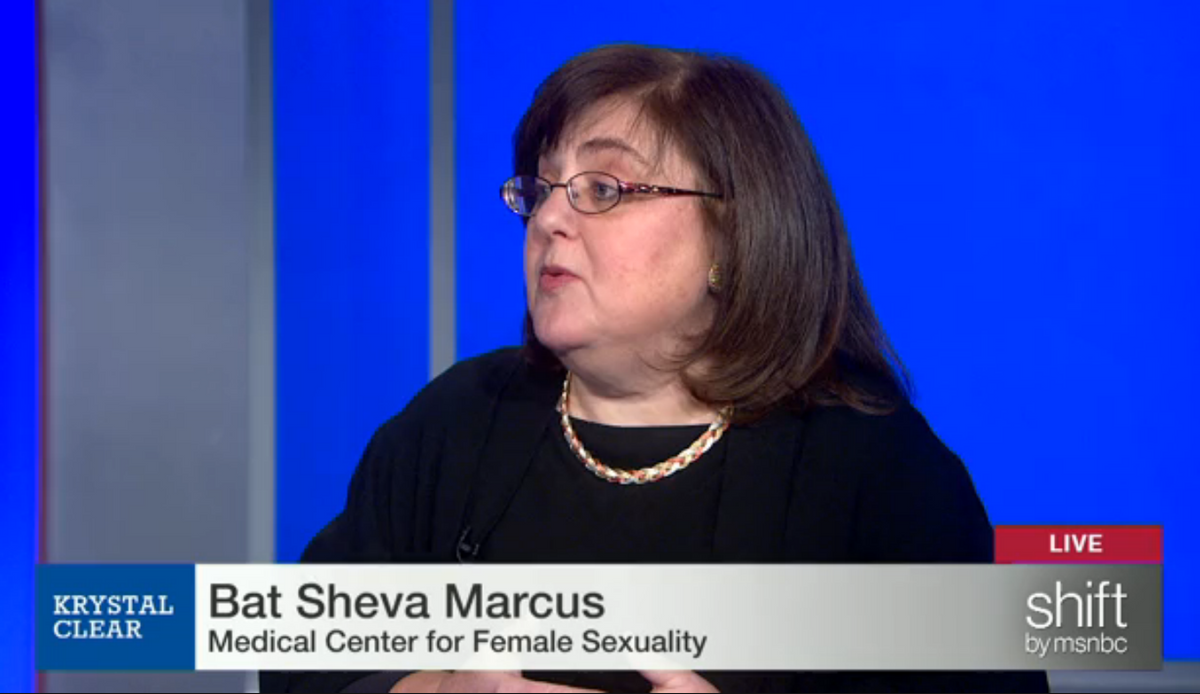 The New York Times, not exactly known for promoting click-bait, recently ran a piece with a simply irresistible headline: "The Orthodox Sex Guru." With what's known to much of the outside world about orthodox Judaism -- stringent laws, strict gender norms -- the profile and its subject, sex counselor Bat Sheva Marcus, would seem to be oxymoronic.

But, as Marcus -- a founder of the Jewish Orthodox Feminist Alliance and clinical director of the Medical Center for Female Sexuality -- explained during an appearance on MSNBC on Wednesday, embracing female sexuality within a strict orthodox context isn't as contradictory as it might seem. In fact, Marcus explained, observant women face many of the same hurdles to reaching healthy sexual attitudes that secular women encounter.

"We as a society are not great at saying to women, 'You can go for pleasure, you can accept your body, you can love yourself, you can feel good, you can ask for what you need," Marcus said. "I [tell women], we can really make your sex life better, but you have to be willing to own it."

Marcus also described the struggles she faces in teaching religious women to develop a vocabulary for sexuality that they've never been taught. "I will say, in some ways, these patients can be the hardest," she explained. "Sometimes it's a matter of teaching them to touch their own bodies."

The profile of Marcus in the Times is worth reading -- and her interview with MSNBC, below, is worth watching. It's also inspiring: "When you talk about doing God's work," Marcus said, "that's really what I feel like I'm doing."

Watch Marcus on Krystal Clear below: